Architecture as a tool for emancipating people and producing prosperity on the land, starting with the culture and people of the place 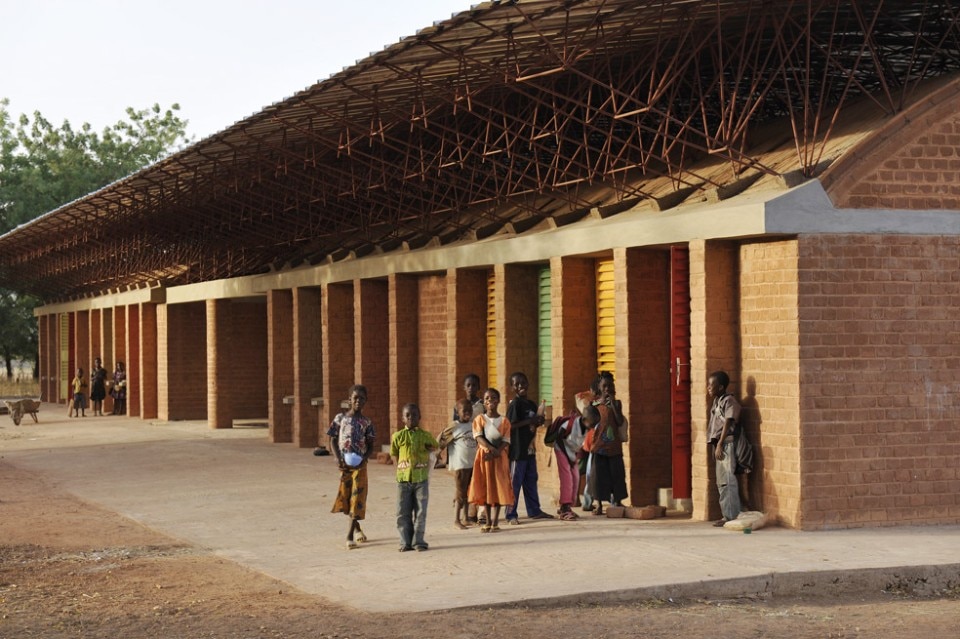 Diébédo Francis Kéré (Gando, Burkina Faso, 1965) wields architecture as a tool for emancipating people and producing prosperity on the land, starting with the culture and people of the place. Kéré is first in line for a transformation of the paradigms of architecture.

From Burkina Faso, where he trained as a carpenter, he moved to Berlin and earned a diploma in architecture, after which he returned to his native country to address unresolved questions from poverty to climate change. In Burkina Faso, 45 per cent of the population lives below the poverty line and only 36 per cent is literate. Through practice, or rather with the realisation of buildings constructed by local communities using low technology combined with materials found on site, Kéré demonstrates the political value of architecture.

In the last 15 years, he has built in Gando a primary school (2001) in rammed-earth bricks with a double roof to protect from the heat and rain. The roof is a structural lattice system that can be erected without the use of a crane. The school cost just 50,000 dollars. In 2003, houses for the teachers were built, and in 2008 a library with four halls.

In Ouagadougou, the capital of Burkina Faso, Kéré designed the new Parliament, now under construction. The 25,000-square-metre building is conceived to be a formation of shaded public spaces for the community.

In 2017, he symbolically brought his native country to the outside of the Serpentine Gallery in London, building a temporary pavilion that was inspired by the vegetation and trees of Burkina Faso, characterised by a steel roof and wood through which light filters in by day, and out by night, becoming an illuminated beacon. The structure is currently on display in Malaysia.