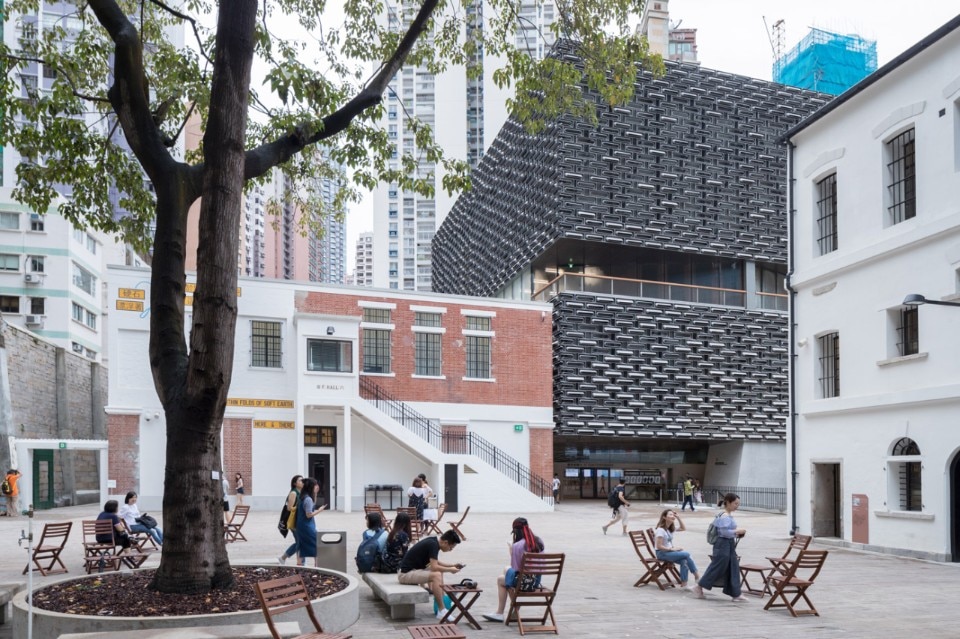 The work of Jacques Herzog (Basel, 1950) and Pierre de Meuron (Basel, 1950) is known almost in its entirety. Their office, Herzog & de Meuron founded in Basel in 1978, is one of the most recognised in the hemisphere of global architecture, having designed several of the most iconic super-places of recent decades at every latitude, from the Tate Modern (2000) in London to the Beijing National Indoor Stadium constructed for the 2008 Olympics, and Tai Kwun, a centre for heritage and arts in Hong Kong built in 2018.

Herzog and de Meuron are interpreters of a meaningful “fold” (see Gilles Deleuze, 1992) of expressive languages in architecture. They seek primary codes that precede and therefore renew the languages of the forms deposited by the modern matrix inherited by their generation.

Just like the artists of Arte Povera conceived of the world as a collection of coherent fragments, it is possible to distinguish heterogeneity and coherence in the eclectic work of this Swiss firm. It is seen in a small house (1982–1988) in Tavole, Liguria made of rough-hewn rock and industrial cement. To the same extent, it is seen in the neo-mediaeval shard that reshapes a long urban strip of Milan (headquarters for Fondazione Giangiacomo Feltrinelli, 2013–2016).

Herzog & de Meuron captures and reworks in vitro the prominent elements of places, landscapes and usages assigned to architecture. It manipulates genetic codes to emphasise their qualities, searching for new practices of disorientation that always end up being more familiar than perturbing, perhaps because they are always closer to physical tectonics than the evanescence of pure speculation.