Thomas Heatherwick’s work is distinguished by the expressive characteristics of its materials, the study of construction processes and especially its jumps in scale 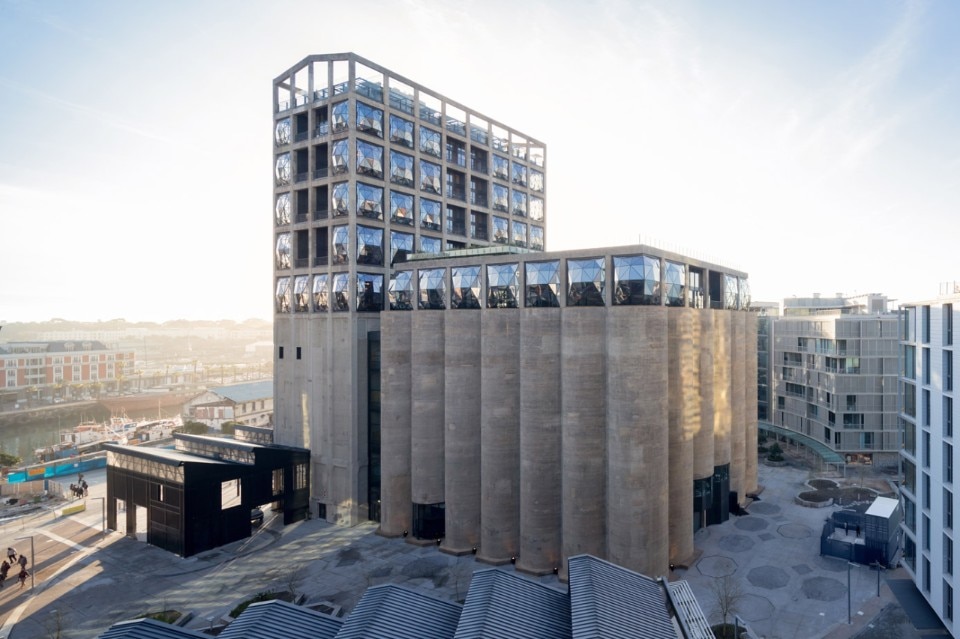 He entered the spotlight thanks to the iconic UK pavilion for the 2010 World Expo in Shanghai, whose prickly surface of optic “hairs” made it look like a giant sea urchin. Thomas Heatherwick’s work is distinguished by the expressive characteristics of its materials, the study of construction processes and especially its jumps in scale.

Designs by the London-based office founded in 1994 include the mixed-used megacomplex 1000 Trees (2017) in Shanghai, whose 800 structural columns widen at the top to form a large tree planter; the design of museum spaces such as the Zeitz Museum of Contemporary Art Africa (2017) in Cape Town; the New Routemaster (2011) diesel-electric doubledecker bus operated in London; unique collectible design pieces; and serially produced objects such as the rotation-moulded plastic Spun chair (2010) for Magis, the company that received a Compasso d’Oro award for this seat in 2014. These projects capture people’s interest for their playful, sculptural visual language that remains non self-referential.

The interdisciplinary nature of Heatherwick’s office is given by a team of 250 problem solvers that lead different lines of research, ranging from crafts and applied arts to social studies, market analysis, urban planning and engineering. An internal workshop where models and prototypes are built allows for continuous verification of ideas. Formal results are given by construction materials used in challenging ways.

For his 2010 exhibition at the gallery Haunch of Venison in London, Heatherwick made five versions of the Spun chair in copper and stainless steel by otating a single profile over 360 degrees, a complex process borrowed from aerospace technology and executed by the world’s largest extrusion machine.