“You don’t create space by constructing a building but with research, representation, legislation, exhibitions.” 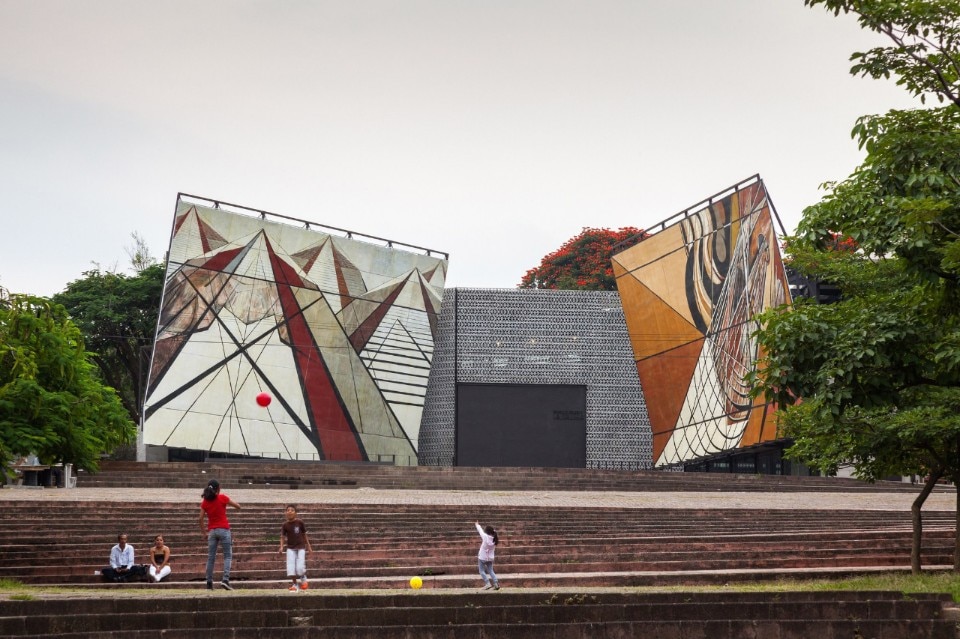 “You don’t create space by constructing a building but with research, representation, legislation, exhibitions.” The youngest architect to be appointed a Serpentine Pavilion (2018), Frida Escobedo (Mexico City, 1979) explores the social and human aspects of space: occupation, spontaneous appropriation, relationship among users, participation and encounter. Her projects reveal the authenticity of materials as they are, focusing on interaction. Her specific approach is best expressed in her boldest piece of work, the renovation of La Tallera (2012) in the city of Cuernavaca.

What used to be the atelier of the Mexican muralist David Alfaro Siqueiros was transformed into a public space where Escobedo used traditional latticework to outline the building’s functions and rearrange the facilities. Trees were left untouched and two gigantic murals hidden in a closed patio were rotated to create an open piazza. Her conceptual work on time, authenticity and interaction is seen in public works such as the Plaza Civica (2013) in Lisbon and the pavilion at the Museo Experimental El Eco (2010) in Mexico City.

Escobedo was raised in Mexico City, and spent a good part of her life in the Chimalistac neighbourhood, surrounded by the legacy of Luis Barragán. After training at the Universidad Iberoamericana, she spent several years working as an architect before obtaining a master’s degree in art, design and the public domain at the Harvard Graduate School of Design.

In 2003 she opened her first studio, PerroRojo (“red dog”) with Alejandro Alarcón, where they worked on small assignments regarding the reactivation of abandoned urban areas. In 2006 she began her own Taller de Arquitectura with five architects, one administrator and three interns.

Her work includes private houses, community centres, art venues, hotels, exhibition design and publications, all designed in parallel to teaching at institutions such as Columbia University, the Harvard Graduate School of Design, and the Architectural Association in London. Interested in empty spaces and real estate speculation, she is currently working on ruins and the cultural representation of the past.