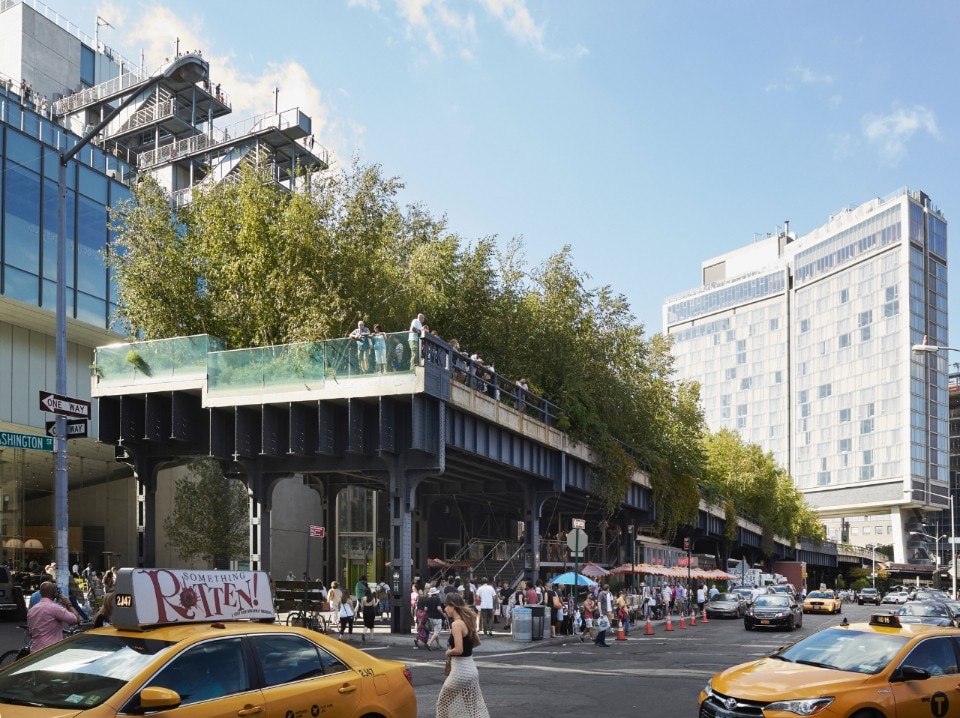 Founded in 1981 by Elisabeth Diller (Lodz, Poland, 1954) and Ricardo Scofidio (New York City, 1935), this multi-disciplinary practice is involved in architecture, town-planning, art installations and multimedia performance. In 2004 Charles Renfro (Baytown, Texas, 1964) became a partner and their name changed to Diller Scofidio + Renfro; they now have over a hundred employees and, since 2015, another new partner Benjamin Gilmartin (Poland, 1970).

DF + R is known for the High Line (New York, 2014), a public park almost two kilometres long built on the site of an abandoned railway line. This project, along with the piazza and the Infoscape at the Lincoln Center for Performing Arts in New York (2009-2010) focuses on public space as a tool not only for repairing the urban fabric but also for redesigning the flows and rhythms of the people of the city. An other non-typical building is The Shed (New York, under construction) a centre for performing arts developed over 18,000 square metres. Along with highly flexible interior spaces, it has a telescopic roof that moves on wheels across the adjoining piazza, doubling the area of the building for large-scale open-air events.

Also designed with the emphasis on functional flexibility is the refurbishment and extension of around a third of the volume of Museum of Modern Art in New York (2019), which will optimise the existing spaces making them more adaptable and technologically sophisticated, create relaxation areas for visitors and connect the museum better to the urban fabric of Manhattan.

Their design work is connected to their artistic research, where installation becomes a means for the space to be perceived in a more emotional way. This can be seen in two very different works: Blur Building (Yverdon-les-Bains, Switzerland, 2002), a metal structure where the water vaporised from the lake has been transformed into a cloud; and Exit, an installation that dynamically visualises human migration across the globe (2008-ongoing).