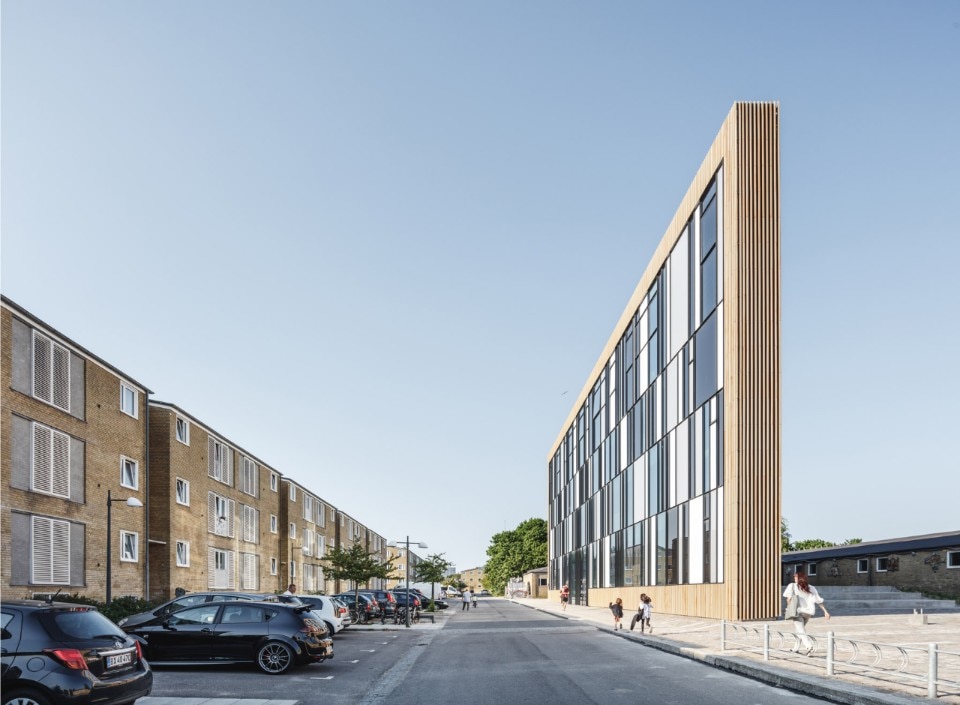 Founded in 2006 by the architect Dan Stubbergaard (Copenhagen, 1974), who used to work at MVRDV in Rotterdam and Plot in Copenhagen, the Cobe collective has designed large-scale urban projects and master plans, museums, schools, libraries, housing, stations and restaurants.

In line with its progressive ideas for the urban development of Copenhagen, the firm is located in the post-industrial zone of Nordhavn, a 3.6 km 2 port area currently undergoing metamorphosis according to a master plan by Cobe. The aim is to create houses and offices for 80,000 people in the next 40–50 years.

“The city has become a 1:1 laboratory of our work in all scales, an extended living room where the boundaries between private and public become fluid,” says Stubbergaard. Also in Nordhavn, there is an emblematic piece of work by Cobe: The Silo (2017), a reinforced-concrete 17-floor structure formerly used for grain storage and now an apartment complex with art galleries and a rooftop restaurant, making it an attractive destination for the entire city. Cobe has just opened a cafe and bookshop on the ground floor of its office, wishing to create an in-between space where the line between work and leisure is blurred. It is a place for interpersonal exchange between citizens and architects, where you can take a look at architectural models on display while enjoying a coffee.

From the triangular roof of the Red Cross Volunteer House (2017) in Copenhagen, which has become a sloping piazza, to the covered square for the Rond-point Robert Schuman in Brussels (yet to begin construction), which will turn a busily trafficked and anonymous part of the city into a pedestrian area under a circular canopy, all Cobe projects have in common a strong urban impact and a careful relation to the human scale of the built environment.