The subtly iconoclastic and openly ironic attitude that accompanies their design thinking process, manifests itself in all their projects 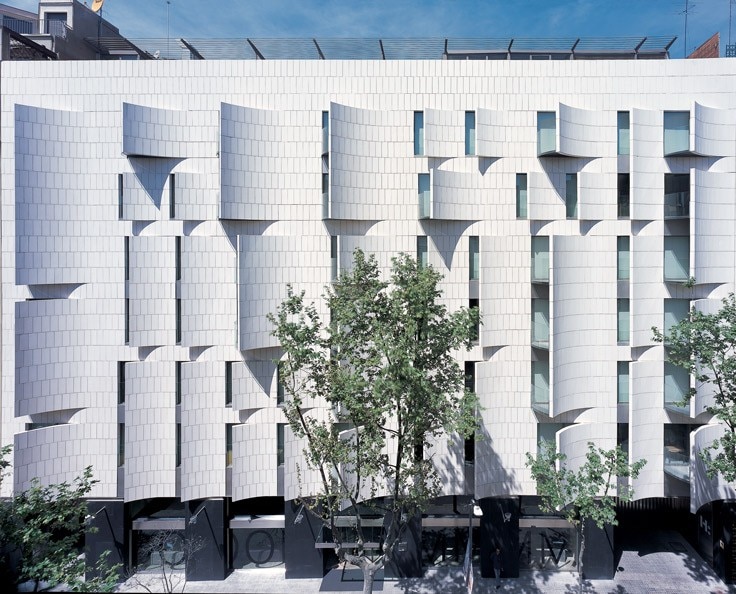 Founded in 2001 in Barcelona by Juli Capella (Barcelona, 1960), with Miquel Garcia and designer Cristina Capella, Capella Garcia Arquitectura is a flexibly generalist studio that sets out to push its creativity along the legendary “from the spoon to the city” pathway, but that primarily aims at reversing the very logic of that pathway.

The subtly iconoclastic and openly ironic attitude that accompanies their design thinking process, manifests itself in all their projects, whatever the scale, in the direct dialogue it establishes with modern compositional and constructive aspects, often challenged by the insertion of surprising interpolations or even surreal nuances that deform the exactitude of that code.

Capella Garcia’s practice might therefore be less explicit and more subtle than the 1970s postmodern approach – which has had an impact on their theoretical framework – but their output is certainly not less cultured or pervasive. An approach that also reflects in the studio’s multifaceted activity and that of Juli Capella himself, who besides being an architect is also a journalist and an architecture and design theorist. Like the plithat for Deleuze epitomised the Baroque process, the architecture conceived by Capella Garcia usually incorporates a fold adding complexity and meaning to shape; a fold that at times is not only metaphorical.

This is the case of Espai Ridaura (2007) for instance, a multi-purpose building in Santa Cristina d’Aro near Girona, whose shape seems to emerge from a process of “ground-exfoliation”. Even more radical in this respect is the Hotel Omm in Barcelona (2003) whose façade is composed of stainless steel prefabricated curved modules, like layers of tin curved by a giant can opener that let light into the rooms, but that primarily and powerfully question the traditional notion of architectural ornament.