Their focus is a hybridisation between theories and models from Western architecture, and the political and cultural context in Slovenia 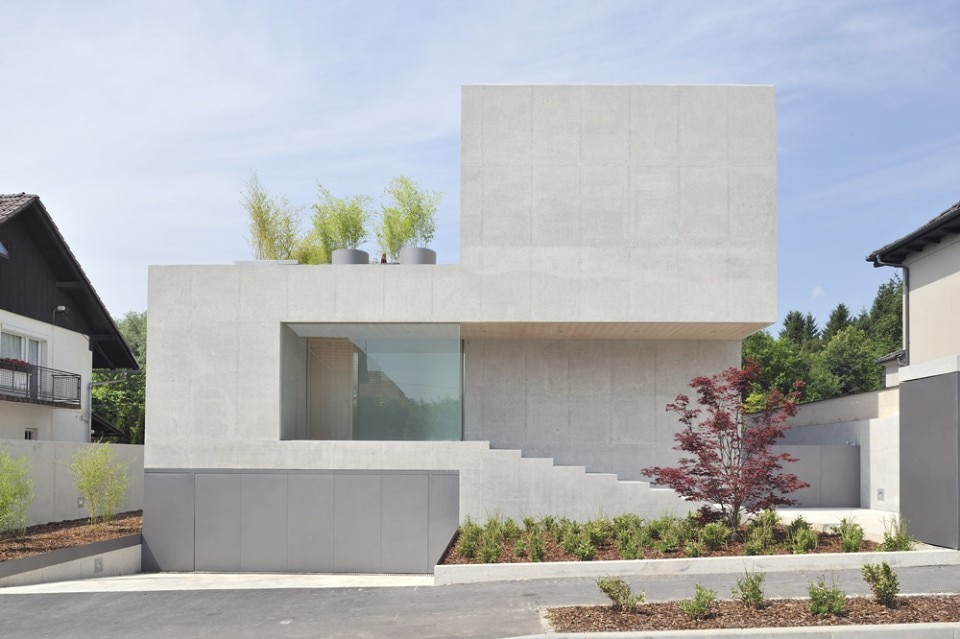 Founded in Ljubljana, Slovenia in 1997, the Bevk Perovic´ office took part in the “silent revolution” that concerned one generation of Slovenian architects in the early 2000s, especially in Ljubljana. They designed mostly residential architecture that was without visual excess, but characterised by elements that had been planned in minute detail, with an affinity for vernacular building traditions. Their architecture stood out from the social housing blocks from the 1950s and ‘60s, and contrasted with the established cookie-cutter developments of two-storey singlefamily houses.

Both Vasa Perović (Ljubljana, 1965) and Matija Bevk (Ljubljana, 1972) studied abroad during the historical period when their country passed from socialist dictatorship to capitalist democracy. Their focus is a hybridisation between theories and models from Western architecture, and the political and cultural context in Slovenia. Traces of work by the Dutch architect Herman Hertzberger (Amsterdam, 1932) appear in their social housing projects, whose formal identity is determined by the requirements of communitary life.

Other characteristics are the use of inexpensive building materials, which allows them to spend part of the budget on the creation of outdoor public areas, a vital feature integral to their designs.

Social housing designed by Bevk Perović includes the Zeleni Gaj in Ljubljana (1999, EU Mies Award 2003), which was one of their first, marked by sequences of balconies that create loggias sunken behind the perimetral facade; and the 3-wing complex Dolgi Most (2016) in Ljubljana, whose 30 apartments are laid out along an external corridor to facilitate access by the disabled. Every decision related to form represents a solution to an objective problem.