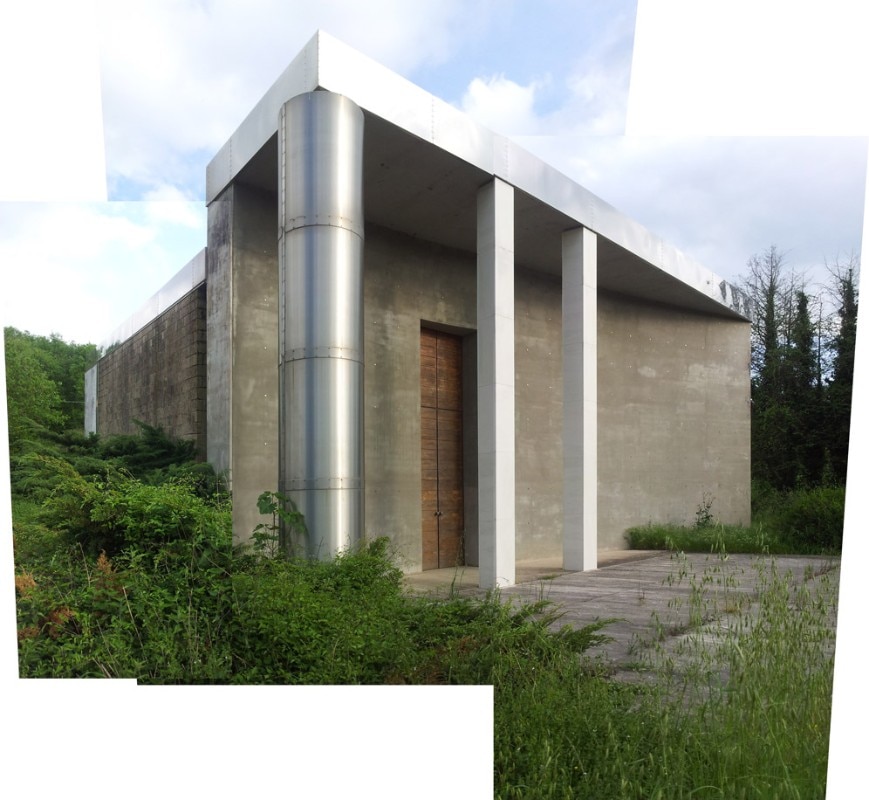 Born in 1960 in San Giuseppe Vesuviano, near Naples (Italy), Beniamino Servino lives and works in Caserta, a city not far from his hometown.

Known for his prolific drawings production – emanating from Serven, a think tank he founded in 1994 – Servino reflects on architecture theory, questioning its monumentality and quest for symbols and archetypes, against the backdrop of abandoned or developing landscapes. He explored these themes in a number of books including La città eccentrica (Nuova Arnica Editrice, Roma 1999), to Monumental need (LetteraVentidue, Siracusa 2012) and Obvius (LetteraVentidue, Siracusa 2014).

Merging different techniques – from traditional drawing to collage – his graphics often combine visionary and built architectures to suggest new realities. His imaginary world is composed of cathedrals and watchtowers, as well as gasometers, oil rigs and ruins of a decadent industrial era, to which typographical elements and notes are regularly added. His drawings have been displayed in architecture exhibitions such as the Venice Architecture Biennale (2006 and 2014), and more recently at the first Biennale d’Architecture d’Orléans in France (2017-2018).

Despite his theoretical research and graphic production being vaster than his built work, Servino is nevertheless known for his minimalist architecture seeking the pure essence of materials. Casa a Pozzovetere, a renovated family house entirely realised in local stone for instance, received the International Award Architecture in Stone in 2007 and the Special Honour of the German Natural Stone Award in 2011.