A collective of 22 members with backgrounds in art, design and architecture 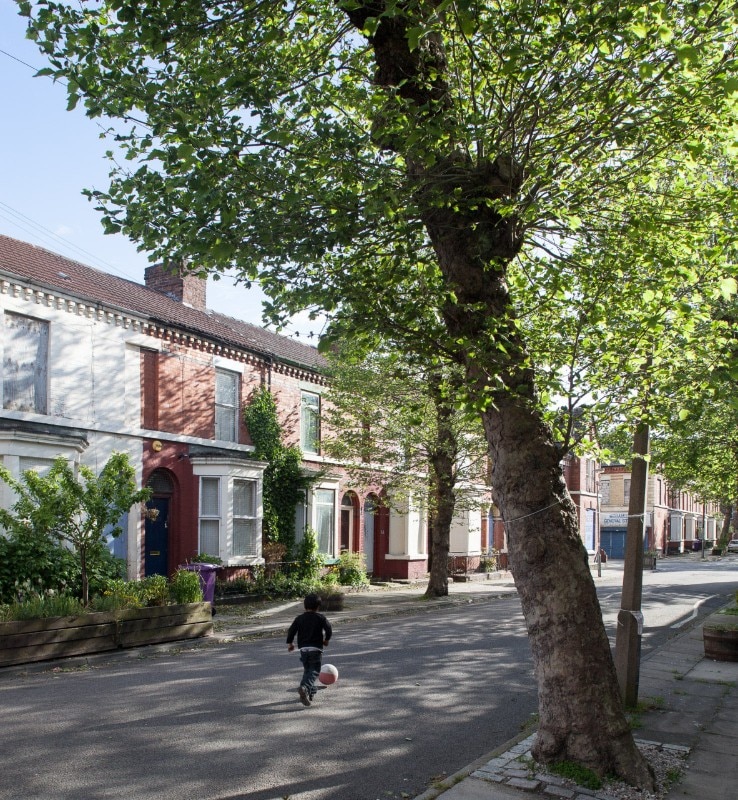 A pop-up cinema in a deserted petrol station, a whimsical folly tucked beneath a fly-over, and a simple yet captivating pastel-shingled workshop that inspired a thousand pilgrimages to the depths of east London. These are the early works of Assemble, a collective of 22 members with backgrounds in art, design and architecture.

Since its inception in 2010, the group has trodden the well-toed line between disciplines. Just five years into practice, their nomination, and then triumph, in the art world’s illustrious Turner Prize contest for Granby Four Streets (2013-ongoing) – what in essence is an architectural project – outraged purists. This redevelopment of ten run-down erraced houses to create affordable homes in Liverpool, England, also saw the group establish a circular economy to feed the project, with the setup of the ommunityrun business Granby Workshop.

Making use of scrap materials, the workshop reproduces and sells a range of offbeat homeware used to finish the interiors of Granby Four Streets – elegantly patterned tiles, barbecue-smoked door-knobs, rubble-based terrazzo mantlepieces and Splatware plates and cups made by squishing together pieces of coloured clay.

The success of the project paved their way to inclusion in the Venice Architecture Biennale three years later, where visitors padded over Granby-produced tiles at the entrance to the Central Pavilion. It is a loopthe-loop process that for the last nine years has seen one project round to completion while a tentacle feels around for the starting point of the next – a brutalist playscape reimagined in blocks of pastel-coloured foam, a fried-chicken shop run as a social enterprise, a public bath house converted into an arts centre – but always with a concern for better community spaces at its core.