Architectural “devices”, as a concept that goes beyond the built environment and the building type, looking at the social and political performance of the project rather than its shape 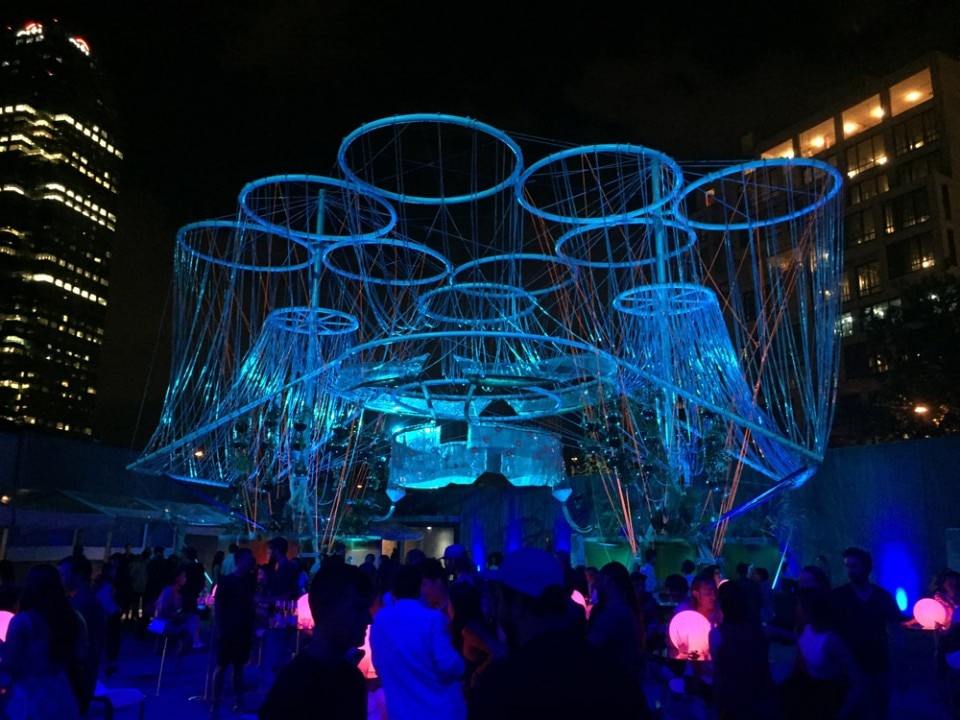 Andrés Jaque (Madrid, 1971) creates architectural “devices”, a concept that goes beyond the built environment and the building type. He looks at the social and political performance of the project rather than its shape. Reacting to our increasingly complex and fragmented reality, Jaque freely combines architecture with visual and performing arts to address both the physical and immaterial dimensions of urban space.

Recently appointed as the director of the master’s degree course in advanced architectural design at Columbia GSAPP in New York City, the Spanish architect aims to trigger political changes and instigate new forms of responsibility and subversion. This explains the name he gave to his firm, Office for Political Innovation, which runs offices in Madrid and New York.

Banalities, small dystopias and every day contradictions fuel Andrés Jaque’s investigation. For example, he recently looked at how dating apps like Tinder and Grindr change the way we interact, use public space, and how this influences urban transformations. In February 2018, this analysis was staged at the Storefront for Art and Architecture in New York with the exhibition “Sex and the So-Called City”. He transformed the gallery into a film set where a documentary celebrating the 20thanniversary of Sex and the City(the TV series) was produced and broadcast online.

The office’s most emblematic work is undoubtedly Ikea Disobedients (2013), the first performance to be acquired by the Architecture and Design section of the Museum of Modern Art in New York. It questions the standards of the Western family’s domestic spaces. During the performance, actors designed architectural “devices” that disobey the (world-famous) instructions provided by the Swedish furniture giant, creatively asserting their diversity and uniqueness.