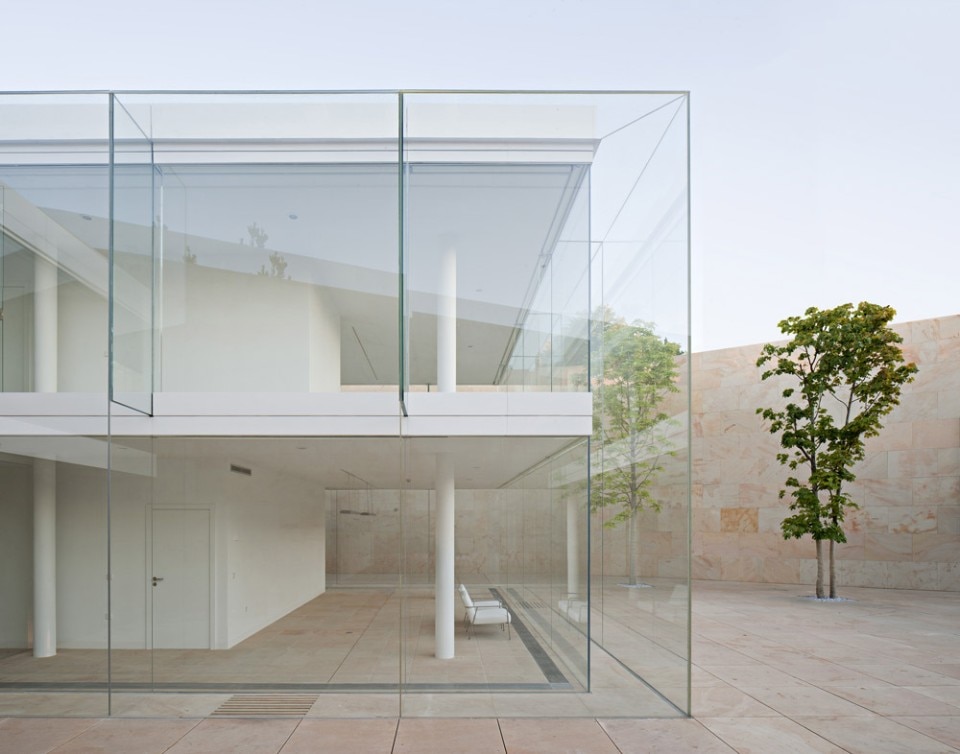 The Madrid-based Campo Baeza (Vallalolid, Spain 1946) took his degree in architecture in 1971, in a historical context marked by the dictatorship of Francisco Franco. Nonetheless, he was able to assert independence in his designs from the beginning, aiming for simple, pure forms that look to architecture’s history as a resource to adapt and renew.

The extremely clean lines of his projects make them severe in their volumetric proportions and in their alternation between solids and voids. His buildings’ closure to the outside goes hand in hand with the opening of walls to create patios and internal courts whose archetype belongs to vernacular Mediterranean architecture.

His early work such as the Town Hall (1980) in Fene, Spain and the day-care centres in Onil and Aspe (1982) shows a partiality for Corbusian “white cathedrals”, where the matrix of the layout is visible in plan as well as in elevation. Later work such as the Gaspar house (1992) in Cádiz displays increasingly greater stylistic autonomy. Here, the square plan becomes a hortus conclusus with blind external walls. Only the central portion of the patio is roofed, creating the house. All is white; all is symmetrical; and the sky forms a perfect counterpart to the horizontal plane of stone paving. Campo Baeza’s introverted courts are a recurrent theme in his houses as well as his public buildings.

As Alessandro Lanzetta writes in the book Opaco Mediterraneo published in 2016 by Libria, “In his work, references to the vernacular undergo a process of subtraction, in the mode of Mies’s ‘less is more’, transforming it into a purist and abstract visual language, where the control of two absolute, eternal elements – light and gravity – dominates.”