Boots on the ground

The young photographer Kani Marouf went to Kurdistan, her homecountry, where she found everyday life stuck in between borders of radicalism, war and suppression. 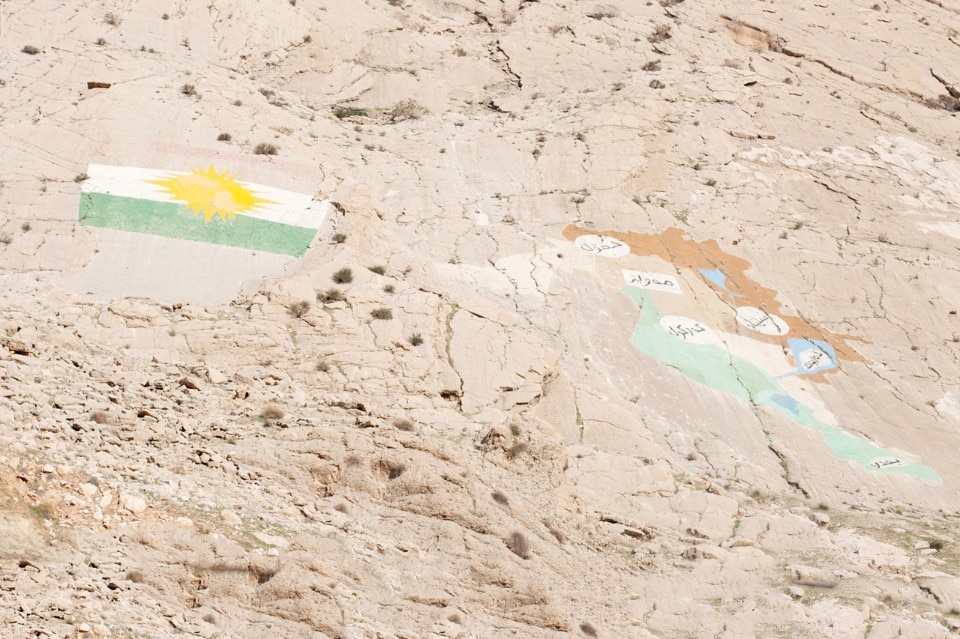 Share
“Boots on the ground” was developed in a primaveral-seeming december in Southern Kurdistan and is trying to reveal visual abstracts and moments of assimilation.

More than 1.3 million refugees were seeking for a haven in the kurdish region of Iraq. The refugees were breaking out of the bordering countries Iraq and Syria, maltreated by the Islamic extremist group ISIS. The ambivalence in the region, all the coexistence of contrasting emotions and thoughts densify relentlessly to a point where it triggers. The everyday life is stuck in between borders of radicalism, war and suppression.

Getting raised in a mix of cultures reflects the own self in perspectives of identity where the confusion made me hide in a shell. The shell is temporary, consistently crushing. The kurdish origin became an highly influencing factor in my life. I reunited with parts of myself that where mainly memorized as a child. The impression of the local reality was occupied with highly charged moments of people mostly being forced leaving the known towards the unknown. It made me realize how encapsulated all these stories were within parts of myself.

Kani Marouf (Saarbrücken, Germany 1991) lives and works in Berlin. She graduated in Visual Communication at Bauhaus in Weimar in 2016. In her work she tries to question the image, its linearity in film versus its punctuality in photographs. She started photography at a young age, mostly capturing her travels to her homecountry Kurdistan.