The Austrian photographer Gisela Erlacher focused her research on the apparently interstitial spaces created by traffic infrastructures that as cities’ population grows become more and more in demand. 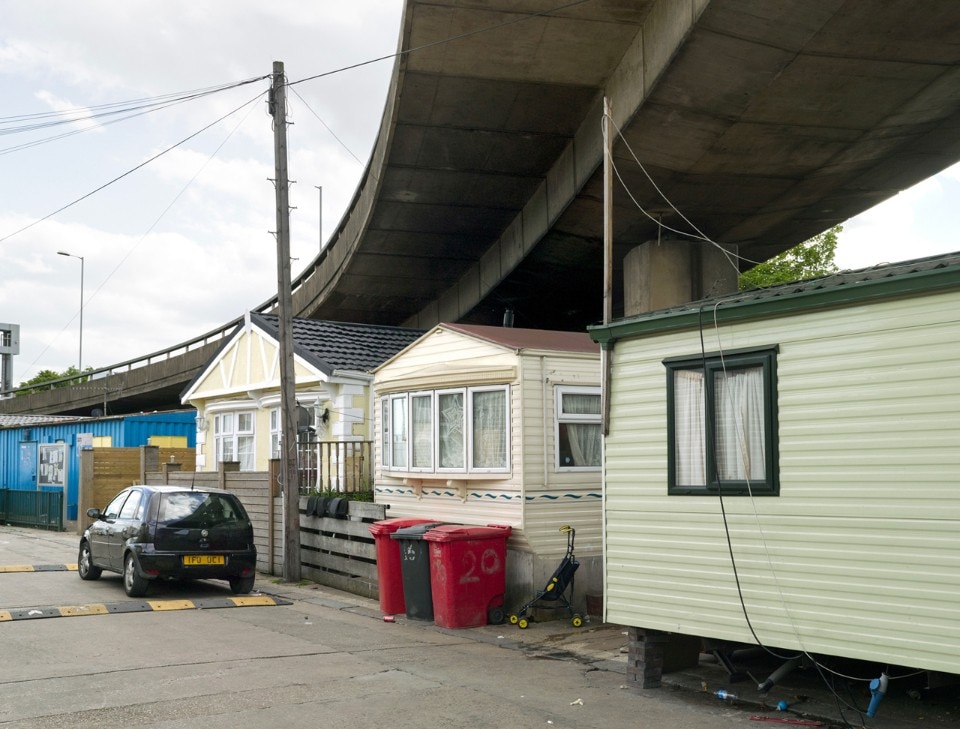 Share
During the last century traffic infrastructure developed rapidly and claimed open spaces. The construction of bridges and flyovers created spaces that remained unused in the urban environment.

As the worlds population is growing steadily, these areas are more and more in demand. The “Skies of Concrete” series collects photographs of such spatial situations from China, Austria, Great Britain and The Netherlands. Deliberately my pictures don’t show what is taking place on top of these structures.

I am interested in the hybrid, the incongruous, the unplanned and improvised, so my focus was particularly on the everyday life beneath overpasses. The pictures show an eerie effects of urbanization. Despite of what we would expect these “under spaces” are rarely used as homeless shelters or Illegal trash dumps: I found playgrounds, horse stables, bus stations, a soccer field, mobile homes, a gym, skate parks, an adventure-park ropes course surrounded by the grey brutalist structures. Some of them persisted as the roads rose around them, others emerged with them.

But all of them show the attempt to deal with the consequences of top-down planning and to make the inhospitable welcoming. It reminds us of the urbanist Jane Jacobs when she wrote: “The healthiest cities develop organically from the bottom up. People make it, and it is to them, not to the buildings, that we must fit our plans.”

Gisela Erlacher studied Psychology at the University of Klagenfurt and cinemathography at the University of Music and Performing Arts in Vienna. She works as a freelance photographer on contemporary architecture projects and themes related to urban and suburban space. Her work has been shown and collected by public institutions and private collectors. The images of this photoessay are part of the series published in 2015 by Park Books, Zürich.