Why everybody should read Harari’s books

Translated into 40 languages and recommended by Mark Zuckerberg and Barack Obama. Why is the historian Yuval Noah Harari so internationally successful? 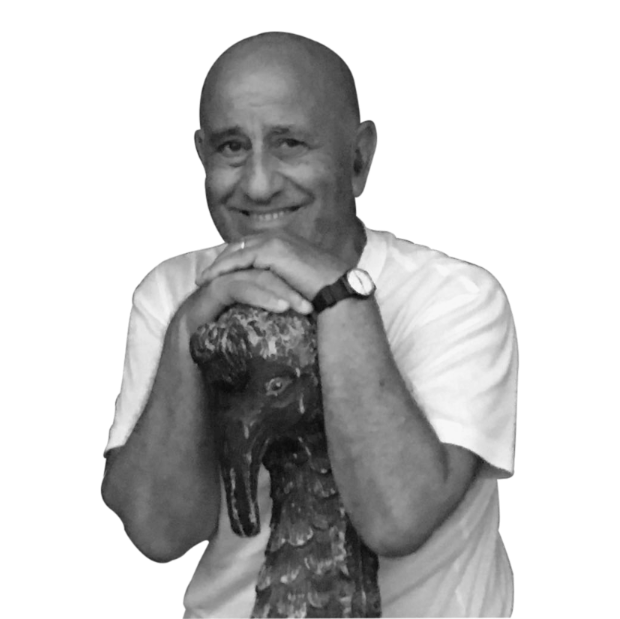 Yuval Noah Harari’s international success is not just good news. It can also be considered a window of hope for a better world.

For many months now, two of his books have been on best-seller shelves in over 50 countries where they were translated. Sure, it’s quite probable that not all sold books are read, just as it is legitimate to suppose that not all read books are understood. This notwithstanding, the incredible diffusion of Sapiens: A Brief History of Humankind (published in Hebrew in 2011 and in English in 2014) and Homo Deus: A Brief History of Tomorrow (published in Hebrew in 2015 and the year after in English) is as exceptional as it is unusual. Unfortunately, ever since the Industrial Revolution, in the book world, and not only there, alas, it has been absolutely uncommon to happen upon books whose quality surpasses or is at least equal to the mass of books whose only quality is that of having been sold in great quantities. Harari gives us hope by inverting the perverse tendency that sees us succumbing to numerical reasoning, the reasoning that prioritises quantity over quality. Indubitably, these two books should be read and re-read by everyone. But let us take a look at the content, although the density of these two texts, albeit accessible, makes them almost impossible to summarise. In Sapiens, Harari proposes a seductive and original interpretation of the transformations that have taken place in the last 70,000 years by dividing this long interval into three parts.

The first and longest part lasts around 60,000 years, when humans were hunter-gatherers, when time almost stood still, only segmented by the reiterated alternation between day and night. Time for the hunter-gatherer had neither past nor future, but simply the looming presence of a present fundamentally devoid of new, transformative events. Humans were then an integral part of the nature around them. They knew the perils and opportunities of the weather, the landscape, the flora and fauna. Life took place in a given space, and time went by slowly, always the same, almost immobile.

Harari proposes a seductive and original interpretation of the transformations that have taken place in the last 70,000 years by dividing this long interval into three parts.

The second part, which started around 12,000 years ago, saw the birth of farming and herding in Mesopotamia, and consequently, humans became sedentary. In the beginning, farmers only grew and raised enough to satisfy the needs of themselves and their family. With the discovery of the importance of seasonal weather, the perception of time changed and a new rhythm emerged, defined by the alternation of the different seasons. Soon, farmers strove to accumulate reserves in order to be prepared for unexpected detrimental events. These reserves led to the birth of two very important concepts: trade and power. Power founded on strength would soon become the state. After the invention of currency, the reserves enabled the invention of buying and selling, after a long time spent practising exchange and barter. Again these reserves were what induced people (who later became the usual suspects – the future rulers who were capable of acquiring power by force and exercising it lawfully or unlawfully) to offer or impose their “protection” in exchange for part of a farmer’s reserves. The arbitrary and forced seizure of reserves paved the way to the tax system and levy-money. There were essential tools for obtaining money to pay armed groups that would eventually become armies, which were crucial to exercise the type of power that was unavoidably gained by force and institutionalised by laws.

More from Giovanni Cutulo: “Who are the Virtuous Hedonists? That’s why objects have everything to do with our happiness.”

The third part starts with the Industrial Revolution, which leads to subsequent revolutions in agriculture, transport, technology, and the financial unrest of our day and age. The latter has been lasting for the past 250 years and still doesn’t seem to have run its course, although the system it is built on is showing signs of wear and tear. Once again, the perception of time changed. After 60,000 years of living in the static immobility of a present time, with neither past nor future, followed by another 10,000 spent at the mercy of the rhythmic succession of the four seasons, time started moving, yielding to the rhythm of the clock, breaking up into hours, minutes and seconds. Modern humans were born. The consumer took up all the space, while the hunter-gatherer almost disappeared. As the victims of agricultural industrialisation, farmers diminished in number. At the end of the 70,000 years covered by Harari, it is impressive to notice the enormous acceleration that has taken place in our perception of time – in little more than two centuries. Grappling with increasingly complex scientifically founded knowledge, humankind discovered on one hand that it had been freed from the shackles and beliefs it once held. On the other, it was destined to face difficulties in managing that freedom.

Time started moving, yielding to the rhythm of the clock, breaking up into hours, minutes and seconds.

In Homo Deus, Harari resists the temptation of playing the prophet; rather he limits himself to focusing on what is already incontrovertibly part of our present, although the majority of us consider it part of our future. Readers will learn with surprise that:
-Robots are inexorably substituting human effort, demonstrating their capability of producing better and faster, in addition to not creating social problems.
-Artificial intelligence has been fornicating for a long time now with undecipherable algorithms it continuously regenerates on its own, greasing the skids of science and its unstoppable advancement toward unpredictable space-time configurations that are difficult to control. AI is also at the service of finance in the manner of Goldman Sachs.
-Genetic engineering is quite close to giving life to humans devoid of all the imperfections that affect Homo sapiens, meaning all of us.

Harari makes not a prophecy but a prediction, a reasonable and reliable one in my opinion, which should make us think carefully: The long cycle that began tens of thousands of years ago when Homo sapiens succeeded in outnumbering Homo neanderthalensis will be coming to an end in a few decades. Two? Three? Five? Whatever the precise time frame, we have come to the end of the line.

Ladies and gentlemen, prepare to disembark!