“Westopia” by Parasite 2.0 feeds on the impossibility to determine an imaginary, signalling how the attraction of various concepts produced by the Western world have in fact generated a sequence of tragedies. 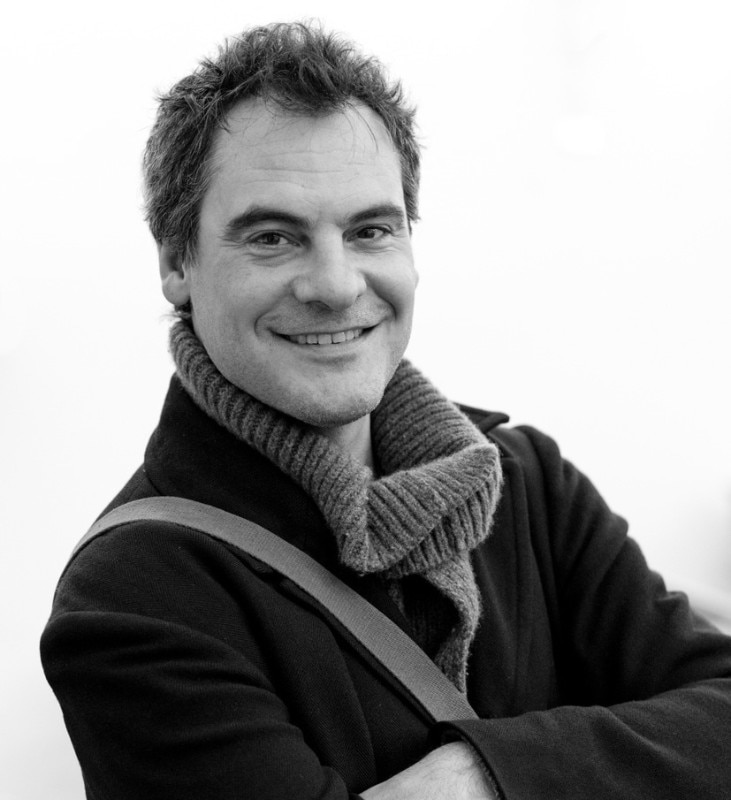 “I'm all these words, all these strangers, this dust of words, with no ground for their settling” (Samuel Beckett, The Unnamable).
We live in a time when even language, words and ideas sway under the impact of profound transformations that are both rapid and unpredictable. How should we decipher the codes governing this confusion? The late Argentine philosopher Ernesto Laclau was one of the first to raise the question and suggest constructions – or fault lines – calling into question terms derived from the Eurocentric tradition, which appeared to him to have been emptied of their meaning. It is interesting for the spirit of the “Westopia” project curated by Parasite 2.0 to return to the idea that Laclau called “the fault line of antagonism” – a potential effect in the social and cultural field of forces joined by discourses, understood in their turn as performative practices that represent the sphere of action of language. The discursive and performative field articulating the fault lines operates on the impossible: it seeks to construct something that does not – and cannot – exist. Is this paradoxical or excessive? While for Laclau this impossibility was represented by society, the idea can similarly be lowered onto reflections on utopia and its opposite – the symbolic flag. This paradoxical operation exists in a representation that is by definition and construction always distorted. It is the effect of an adversarial practice, that is, an oppositional representation. Running the risk of this “excess” is in some ways to follow a different design logic, a different way of building a project. It is the performativity of this practice that helps, in the first instance, to structure an imagination purified of its rhetorical burden and then a system of environmental and spatial relations.

Decolonising the imagination means training the gaze to redesign its own boundaries, welcoming challenges arising from instances that could appear marginal – situated on the margins of the world of our references. We need to open up to the possibility of a method that goes beyond this, one that does not represent a world or a context but creates one. Effectively restoring this encroachment are works by the Syrian artist Manaf Halbouni entitled Nowhere is home and by the Bulgarian artist Pravdoliub Ivanov entitled Territories. Both these have been included in “The Restless Earth”, an exhibition curated by Massimiliano Gioni. These are two works that have in common the capacity to highlight how Western culture is hampered by a set of conventions that limit understanding of the cultural, social and economic dynamics of our time. They are works that do not allow us to remain tied to static, institutionalised identities, because this tie risks destroying the meaning itself of the transformative action of art. The Bulgarian artist presents a sequence of flags encrusted in mud. It is a gesture that annuls the symbolic value of a flag, an object so deeply enmeshed in the collective imagination of a country or nation. The work presents us with a world where symbols have lost their identity value.

Decolonising the imagination means training the gaze to redesign its own boundaries, welcoming challenges arising from instances that could appear marginal – situated on the margins of the world of our references.

Opening up the issue of contemporary migrations is the Syrian artists car, which is packed with the few, everyday possessions needed to move in a world hit by ever-widening instability. In this connection, the approach of the Dutch sociologist Saskia Sassen is interesting: she clarifies the relation between physical and individual space, analysing the phrase “refugee warehousing”, which was coined by human rights organisations. It is an idea that helps us better understand the condition of people who, though a part of a flux of people moving from one country to another, find themselves because of their status stripped of their freedom of movement for a long period and compelled to endure inactivity in camps, or in welcome or segregation centres. From here it follows that for the migrants the expulsion does not consist purely or simply in the impossibility of taking part in the economic or social life of a state – an “expulsion from the projects of life, from access to the means of subsistence, from the social contract” – but is also a physical estrangement, a clear exclusion from precise geographical origins.

Saskia Sassen’s analysis developed in her book Expulsions: Brutality and Complexity in the Global Economy suggests that physical space is directly connected with social space. She depicts an international scene that is ruthless and complex, as confirmed by recent economic and sociological research on the distribution of wealth and the number of people involved in migration flows. The merit of her ideas lies in their invitation to see these dynamics of expulsion as processes that create tangible spaces. As she says, there are many of these and they are diversifying. She sees them as new spaces in which to act and create new economic locales, new stories and new modes of belonging. The result of this analysis is to make us see the migrants as goods which, in contrast to the globalisation of products, do not enjoy a free market. We have torn down borders to goods, but not to people. Although the reasons pushing them to migrate are the tragic result of corrupt political logics, the migrants do not enjoy free movement. At a time when young people and economic actors from Western countries are trying to limit the role of state frontiers to create broader transnational spaces, this reveals a contradiction between the politics of migration and the trend towards global economic integration. So, while governments define a geopolitics in which borders are made ever clearer for people and ever more permeable for goods, many artists, architects and designers are exploring the interstices between borders, creating ambiguity between the categories of citizen, expat, refugee and migrant. Here the fault lines take shape with a renewed sense of the conflict, where the engagement in games of meaning creates the field, the space of action for the project.

Parasite2.0 operates in this proposed dimension – a decentralised, distorted subjectivity that privileges the margins, where it is possible to construct an empty space, and populate a desert that can produce knowledge and establish itself as an object. The project acquires a broader spatial meaning in this way. It is open to continual variations operating in different dimensions that have been decolonised of the Eurocentric gaze. In this sense, by recording the limits of the Western gaze and revealing its coercive aspect, Parasite 2.0 is seeking to let what has remained outside this emerge. Returning to Laclau’s thought, this defines political subjectivity not as an expression of a class, group or flag, but as a subjective position that lays claim to an absence or an empty space. In this context, the project and its subjectification become the result of a contingency. We find the project not at the service of social relations produced by capital, but in relational, discursive and linguistic practices, and in particular in those that allow the social reproduction and the construction of an imagination. “Westopia” feeds on the impossibility of definition, signalling how the attraction of various concepts produced by the Western world have in fact generated a sequence of tragedies. We believe in the idea of the avant-garde, as tied to the concept of utopia, because it implies the opening up and prefiguring of a possible future history.

While governments define a geopolitics in which borders are made ever clearer for people and ever more permeable for goods, many artists, architects and designers are exploring the interstices between borders, creating ambiguity between the categories of citizen, expat, refugee and migrant.

The broadest meaning given to “utopia” implies that it can never be created, but the history of the twentieth-century avant-garde tells a different story. Generally, utopia has been realised, though in a debased sense: the libertarian utopias of the last century in general led to totalitarian regimes. The utopia of the machine, fed by Italian Futurism, led to the overproduction of the car and to the alienated forms of production of the assembly line. The communitarian utopia led to the reality of nationalism and fascism. The utopia of Russian Futurism was met with the totalitarian violence of Stalinism. Then, at the end of the century utopia passed the baton to the reign of dystopia. Now Parasite 2.0 welcomes us to the non-reign of Westopia. Welcome.

Fango by Marco Petroni is included in the catalogue of the “Westopia” exhibition, curated by Parasite 2.0 and realised in occasion of the 58. Bugatti-Segantini International Prize at Villa Vertua, Nova Milanese, Italy. We also want to use the opportunity to express our sorrow for the loss of Samuel Jaubert de Beaujeu who was amongst the collective exhibition participants, and to rally around Peaks, the studio he was part of.