An art of living

The designers of the Architectural Research Unit describe their ideas on architecture that inform their projects: from the relationship with history to the bond with the city. 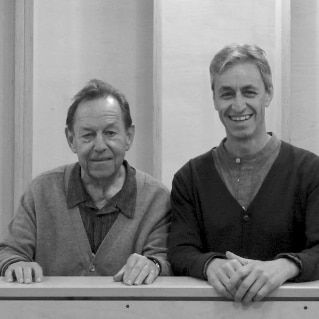 This article was originally published, feature-lenght, in Domus 973 / October 2013

It is not easy to describe the work that we do in our architectural studio under the banner of sustainability, in the sense that it is commonly used today. From our point of view, the architect and/or urban designer can act most constructively in giving new insights towards forging the future of our cities when they are working in concert with their contemporaries in other fields such as environmental science, ecology, geology, botany and so on.

We do not think it is the architect’s role to design innovative scientific systems such as new types of energy production, thermal insulation, the development of new building materials or farming methods, to mention a few. The architect can provide advice and give knowledgeable direction to the process of urban growth and change. They can anticipate and exploit scientific advancements and bring them into play within the dirty and unsystematic conditions of the life of buildings and cities.

Our objective is to create an architectural space that makes room for the unfolding of the human imagination. Architects have the capacity to offer the project the potential for delight. They have the ability to synthesise ideas and conceptions at a number of scales into a unified entity – a gestalt. These conceptions are sometimes ancient in origin, and sometimes current.

We think that when an architect constructs a building or gives order or definition to a city quarter, it is to a large extent a cultural rather than a scientific pursuit. In this way we are less insistent about the importance of utility in architecture than Cedric Price or Andrea Branzi. In their view, existing structures that no longer serve a viable use should be demolished or replaced. We think there can be significant cultural value and therefore use to structures of the past, even if they seem to be obstructions to change or efficiency. This is not a plea for conservationism but an acknowledgement that change is not a good thing in itself.

“So long as progress deformed by utilitarianism does violence to the surface of the earth, it will be impossible – in spite of all proof to the contrary – completely to counter the perception that what antedates the trend is in its backwardness better and more humane. Rationalisation is not yet rational; the universality of mediation has yet to be transformed into living life; and this endows the traces of immediacy, however dubious and antiquated, with an element of corrective justice...

If today the aesthetic relation to the past is poisoned by a reactionary tendency with which this relation is in league, an ahistorical aesthetic consciousness that sweeps aside the dimension of the past as rubbish is no better. Without historical remembrance there would be no beauty.” [1] The artist and architect are able to set in motion the transformation of the everyday present into a creative force. This requires a certain natural imagination and inventiveness as well as an ability to understand and draw on one’s cultural inheritance to realise a sense of continuity in the contemporary project. Using references can help the designer to address a larger cultural context during the working design process. A reference can be taken as a generator or an anchor for an architectural project. By leaving aside programme and use, one can bring a sense of time and continuity to the work. Continuity is Weiterschreiben (i.e. to continue writing in your own words).

Putting use further down on the agenda can also open up more space for ideas. There is a lot of room for continuity of thought when you get use out of the way. Indeed, one could say uselessness is a good starting point for an artistic endeavour.

Designing from the place: there’s no such thing as tabula rasa
This requires cool observation and a careful reading of the place. Initially we try to make a small number of what one could call portrait photos of a place that capture its nature and character on different scales. It is essential to visit the site as often as one can. After reflecting on the observations one has gathered, return visits are necessary to verify, clarify and possibly review one’s initial observations, again with the help of photographs and sketching.

The critical debate at the end of the 18th century in England between Uvedale Price and Edmund Burke about what they called “the picturesque” provides a useful comparison of approaches. Price was more interested in the physical and the temporal rather than the sublime, the mystical, the awe-inspiring and the grand that interested Burke, whose ideas were more closely represented by the super romantic paintings of the same period by Caspar David Friedrich in Germany.

The American land artist Robert Smithson – writing in 1973 about Frederick Law Olmsted, the designer of Central Park in New York City – explains: “Inherent in the theories of Price and Gilpin, and in Olmsted’s response to them, are the beginnings of a dialectic of the landscape... Price and Gilpin provide a synthesis with their formulation of the ‘picturesque’, which is on close examination related to chance and change in the material order of nature.

The contradictions of the ‘picturesque’ depart from a static formalistic view of nature. The picturesque, far from being an inner movement of the mind, is based on real land; it precedes the mind in its material external existence. We cannot take a one-sided view of landscape within this dialectic. A park can no longer be seen as a ‘thing-in-itself’, but rather as a process of ongoing relationships existing in a physical region…” [2]

Landscape infrastructure is a canvas for city life

Architecture as infrastructure and inhabitation
In a situation of unpredictable change, cultural diversity and an increasing state of dispersed and unregulated urban growth, we think an infrastructural approach to design may provide a framework that can accommodate are more open-ended, while the shorter-term propositions are more specific.

In this way urban design concepts can easily be adjusted to changes that occur in time. The design procedure described above offers adaptability and responsiveness to change that cannot be provided by more fixed and deterministic master-planning approaches. Landscape infrastructures are conceived as catalysts for architectural development. An infrastructural approach can introduce shared elements that make diversity and plurality enjoyable, providing a common ground in anticipation of unknown futures.

Time geographies
We find it helpful to identify what we call geographies of time witnesses of the place. Time witnesses make time visible in architecture. To assign time-witness status to a phenomenon in the place is a subjective judgement, and we think this is good. Time witnesses usually do not have current value. Often messy or banal things, they are frequently seen to be nothing and therefore invisible and overlooked by historians. The idea of time witnesses is also useful when designing inside or among existing buildings, as long as this is not done with too much nostalgia for the past. Each place has different times that interest us.

We have often worked with places on the periphery of cities and between cities. Even in these places that usually seem devoid of character or special qualities, a number of times, or Kulturlandschaften (cultural landscapes) as Adorno would call them, can be identified: geological time, which is usually of interest as it informs the topography; agricultural time, particularly cultivation orders of the land such as terracing or field patterns; industrial and post-industrial time, with its pollution territories and new wilderness spaces; and our time of instantaneous communication in the dispersed city, a seemingly endless city landscape.

On a site in Berlin Lichterfelde Süd (1998) we researched the idea of landscape as infrastructure (architectural geographies) where the time of war has left strong witnesses. We evaluated various temporal phenomena for their spatial potential. In this case the developers were not always keen to assign significance to these phenomena. For example, time witnesses that we found on the site from its period of military use included the foundations of an unfinished industrial production facility for railway locomotives dating back to the 1930s, roads constructed after World War II by the American army for heavy military vehicles, or a hilly landscape of demolition rubble made for practicing urban warfare techniques.

In the case of the Paju Book City project near Seoul, Korea (1998), a flood protection embankment protects the site that was reclaimed from the Han River. The “Freedom Highway” is built on top, and one day it will connect Seoul to North Korea. The motorway embankment revealed itself as the dominant time witness on this site. We discovered that it can act as an urban datum generating distinctly different urban geographies below and above the datum, giving an order to the new city at the scale of the landscape – a landscape infrastructure.

Coexistence of functions
The aim of an urban designer, policy maker or citizen is to make an integrated city full of vitality. As far as possible, it is important today to reduce the need for mono-functional zones in the city such as business parks, residential districts or large, self-contained tourist resorts. Diverse functions can be sited in close proximity to each other. A city of integrated functions increases the potential for adaptability when changes in the economy occur, and it reduces the wasteful practice of daily commuting that arises with mono-functional zones in the city.

One of the primary coexistences we have experienced is the idea of an urban wetland – wilderness in close proximity to the city. We realised this idea with our design of the urban wetland in the Paju Book City project, and took the principle much further in the later Saemangeum Island City project (2008). The wetland areas facilitate water purification while also providing habitats for migrating birds and other wildlife. With sensitive management, these areas can be accessible and enjoyable to city dwellers and tourists. In Saemangeum, built-up areas of the city where people live and work will coexist with the beauty of the open landscape of fields, lakes and mountains. People will have the opportunity to live near their place of work, and share the beauty of their surroundings with tourists and wildlife.

A city of civility
We like to ask the question, “What can a building do for the city?” The architect is able to provide a framework of public spaces in the city. In the case of Saemangeum, this means high-quality aquatic spaces within the city. This involves intensive design sketching and researching of spaces between buildings of the new city – researching waterfront spaces, harbour and port spaces, canal spaces, water bodies, water parks and so on. It is the high quality of public spaces that will be critical for attracting people to work in and visit the city. The quality of a city’s public realm sets the standard of its urban civility. High-quality public spaces and high standards of the public realm will raise the citizens’ design ambition. We prefer to think about the citizens making gifts to the city in the form of private/public spaces such as a garden in a square. Rather than mono-functional zones of the city, the idea is to make the city as a whole an attractive destination for newcomers and visitors.