After the lockdown, are cities changing the way we expected?

Kilometres of cycle paths, new pedestrian zones and a different consideration of public space. The world' s cities are adapting and starting again, showing possible new models for the future. 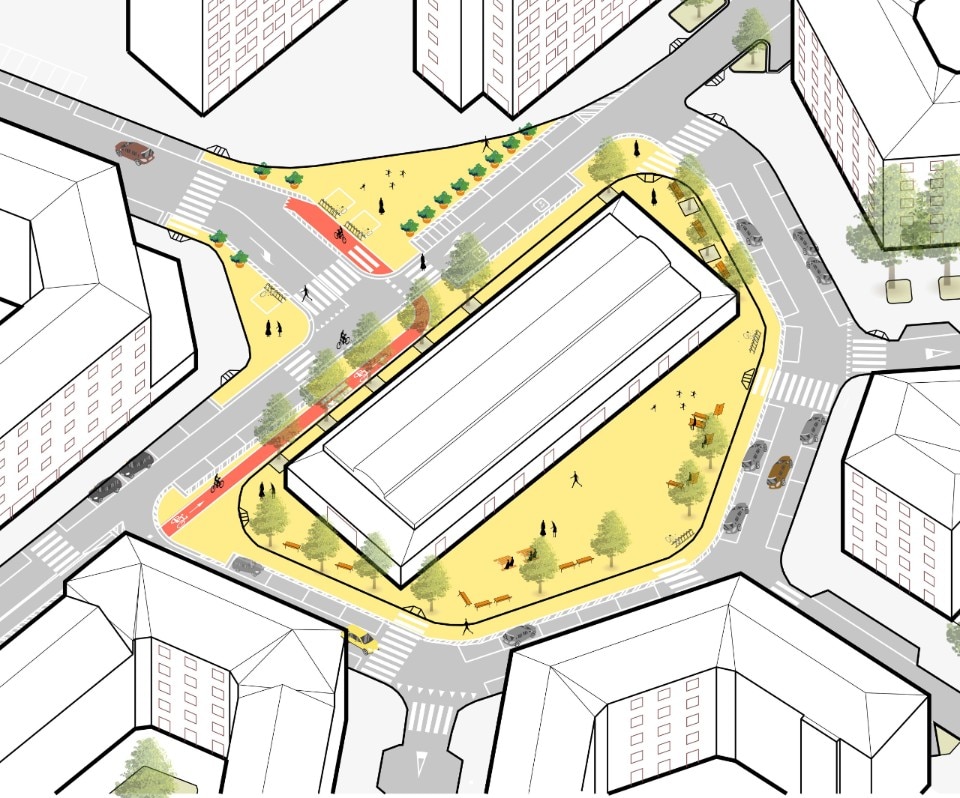 One of Ana Maria Hidalgo’s first moves, immediately after her re-election as mayor of Paris, was the confirmation of the 50 kilometres of cycle paths created in the city during the lockdown. It was precisely during the lockdown that the elections for the run-off were to take place, in which the mayor started with a slight advantage; postponed until June 28th, they became also and above all a vote on her management of the city during the emergency period. But the policy that has made Paris today one of the most "bike-friendly" cities in the world, with videos of rivers of bicycles that filled up social medias, certainly does not look like an improvisation or a green conversion occurred during quarantine, and instead fits perfectly into the overall picture of the transformation process of the city that began in 2014, with the first mandate by Hidalgo: the Coronavirus has acted as an accelerator to the ambition of drastically reducing motorised vehicles in the French capital, up to imposing a limit of 30 miles per hour on the périphérique. After all, in a metropolitan area that exceeds twelve million inhabitants, only two million elect the mayor, the Parisians who live within the borders of the ville lumière, and only just over 30% of them own a car.

“The city has always been shaped by the emergence of new needs and behaviours, the post-Covid period is helping, in its state of emergency, to perfect procedures and methods of intervention in the urban space: the innovative drive of these transformations is perhaps finally changing the way of doing and thinking the city which is still anchored to the last century”, he explains to Domus. Orizzontale, the Roman collective that contributed to the diary we carried out during the quarantine days talking about the role of the terraces. According to Orizzontale, there are two main axes of change: the strengthening of cycle connections, perceived as “a change of the general perspective”, and the new distancing measures, with activities that took place mostly indoors and now recalibrate their nature “recover spaces from the car-based urban form”: new pedestrian areas, dehors/parklets spread along the roadway, temporary pedestrianisation in order to increase the public space available to everyone.

So, as Paris bikes more and more, on the other side of the English Channel, one of the largest pedestrian areas on the planet is being created, with longer sidewalks in the centre and new cycle paths throughout London. The challenge is to allow the over two million people who used the tube before the lockdown to move around the city without using the car. "We need many Londoners to move around on foot or by bicycle for this to be possible", said Mayor Sadiq Khan. More bike lanes, more restricted traffic zones. The scheme is not new, but the Covid-19 has accelerated it in many cities and districts of the old continent: Milan, Berlin, Barcelona, even Lisbon, Brussels and Bordeaux. But it is also happening in the United States, where the bike has been one of the most purchased items in recent months: one hundred kilometres of new cycle paths in New York - it has been estimated that in Manhattan a 1% decrease in the use of public transport would automatically correspond to a 12% increase in traffic -, 25 in Toronto, closed roads to cars in Boston, Minneapolis and Oakland, while in Seattle there is a debate on whether to make 32 kilometres of roads permanently pedestrianized. In Bogota, meanwhile, 76 new kilometres of cycling routes have been created using simple road cones, bringing the total number of cycle paths in the Colombian capital to the stratospheric figure of 600 kilometres. “It was in Bogota that policies for a more democratic, sustainable and light mobility began with Enrique Peñalosa and Antanas Mockus in the 1990s”, Orizzontale points out, citing Jaime Lerner’s experiences in Curitiba in Brazil or the aerial cable car of La Paz/El Alto in Bolivia. “Relegating the car to a single means of transport is anti-democratic and the first antidote to defeat the segregated city is an high-quality public transport, in South America it is maybe more evident because the disparities are abyssal there, but we can apply the same logic to all the cities of the world”.

This little evolutionary leap that many cities are making, with the reorganization of outdoor spaces thanks to tactical urbanism, often in the acceleration of something already triggered long time ago, is a concrete and contingent adjustment to the need to have more space for each person when he/she has to move around the city, but it immediately recalls a central issue for our way of living and thinking our lives, that of urban density. In 2016, more than a fifth of the world’s population lived in cities with at least one million inhabitants. The 300 largest metropolitan areas produce half the gross domestic product of the planet. Density not only increases productivity, but also reduces the ecological footprint considerably, according to the economist Edward Glaser. And every “knowledge work” in a big city like New York supports up to 5 “service” professions, explains another economist, Enrico Moretti. So, if the work for some people becomes remote, that of others will lose its source of income: just think of the bartenders in areas filled with offices, formerly a constant bustle of employees, now depopulated. "Enough with working from home, let’s get back to the workplace", is the highly criticized statement with which the mayor of Milan Beppe Sala tried to raise the issue a few weeks ago. And then there’s tourism and entertainment: Venice is emptied in an unreal way, the so-called cities of art expect far fewer visitors than usual, this summer most of the time we will travel within national borders and dribble hotel stays, cinemas hardly exist anymore, Berlin mourns its clubs. We won’t talk about concerts and music festivals until 2021.

Read also: How should we live? Density in post-pandemic cities

We stand, at least apparently, at a crossroads: on the one hand there is the dense and productive metropolitan area as we knew it until yesterday, on the other a possible sustainable model, very close to one of the green mantras of a few years ago, the so-called “sustainable degrowth”, an opportunity that Gilles Clement also spoke about recently to Domus: less travel, less consumption, escape from the city and happiness, maybe not for everyone, in the immediate future. Actually, the situation could be more complicated, especially with regard to the equation that pairs density and virus. According to a survey by ProPublica Illinois, some neighbourhoods of Chicago, not so densely populated but with overcrowding issues, have recorded a higher number of transmission than others where the density is much higher. And as James Spencer, professor at Clemson University, says in Grist, an online magazine of Seattle, the problem perhaps lies in the need to clarify what we mean by density. “Density is about physical proximity in space”, says Spencer: “but no one has ever properly talked about the density itself”. Orizzontale is questioning that too: “in the architectural debate of recent months the issue of density has come up several times, it has been said from many quarters that the future will have to be characterised by lower density in order to prevent further pandemics. But are we really convinced of that?”. The collective, speaking of Italy, hopes for a new direction, and if we are working in the cities in order to make the urban experience more equitable, “so the same should be done on a national scale, in this way we could experience a more democratic distribution of people and resources, after years of centralization towards the big cities”.