An open incubator: the rebirth of Manifattura Tabacchi

With the renovation of the building 9, the former cigarette factory in Florence is launching the prototype of a collective space for art and design that breathes the air of Mancuso’s plants. 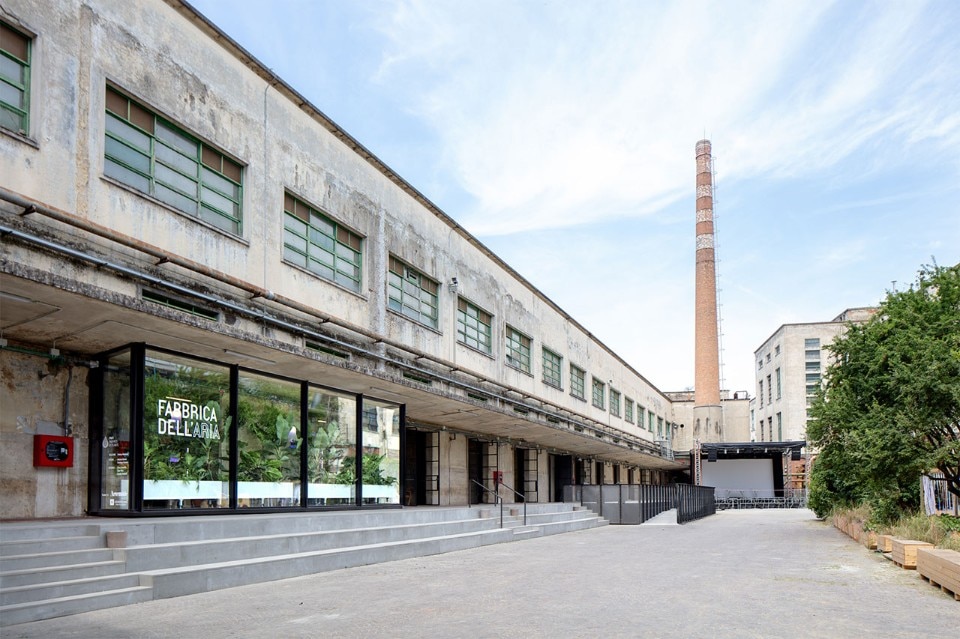 After the artists’ residencies launched in 2018, Manifattura Tabacchi unveils its most ambitious project: a public-private joint venture that uses contemporary art and creative enterprise as a passepartout for a €200 million real estate operation.

The ambitious project for the Tuscan tobacco factory – a former industrial area of 100,000 square meters, 20 minutes-walk from Florence central station – has started with the redevelopment of the B9 (building 9, Ed.), a space of about 3,000 square meters intended to be a prototype of the manufacture of tomorrow: sustainable, open to the public, with craft workshops, design studios with a full calendar of cultural events.

In addition to the artisans’ wing and the complex that houses the artist’s residences, Manifattura will host the new headquarters of Polimoda Firenze (chaired by Ferruccio Ferragamo), a Student Hotel, private residences, concept stores and co-working, while the clock square with children’s playgrounds will to host major summer events. The protagonists of the initiative are the English group Aermont, which holds the 37.5% of the shares, and the Cassa Depositi e Prestiti, which holds the remaining 62.5% – percentages that will be reversed in a few years.

The factory was abandoned in 2001, two years before the great privatization of tobacco in Italy, when the Eti (the company that had inherited from the State Monopoly the production and distribution of tobacco made in Italy) was sold to the giant Philip Morris.

Distributed over 13 buildings, it is believed, with good reason, that it was designed by Pier Luigi Nervi in the 30s. The Italian architect was at that time owner of Nervi and Bartoli, the construction company that built it. Today it presents itself as a fascinating rationalist industrial archaeology whose character has strongly influenced the current renovation project of the B9 building, designed by Florentine interior design studio Q-bic, who wanted to keep the soul of the place intact.

“We found ourselves in front of an abandoned place, where things were getting wasted and broken, and where plants were taking possession of the roads and the interiors”, explains Luca Baldini of Q-bic. “Everything seemed so beautiful to us that the real difficulty was to be able to do something in here without losing the taste and warmth of the place. So, we left the space almost intact, even if we didn’t want to touch it,” he explains laughing.

Leaving the original walls intact and recovering some modernist furnishings, the most significant intervention is a longitudinal glass partition of the open space, where on one side the artisan studios have been created. The large wall is formed by revolving doors obtained from existing windows taken from the abandoned warehouse.

Entering the building, on the right, is Stefano Mancuso’s Fabbrica dell’aria: an air filtering system that uses plants, designed by the team of architects and botanists Pnat together with the neurobiologist, author of Plant Revolution. It is, in fact, a greenhouse located along the perimeter wall that connects the inside with the outside. Inside, the ambient air is conveyed through ventilation pipes; this is then treated, purified and thrown back into the room.

The air you breathe in the B9 building is, in fact, extremely fresh, humid and with a vague vegetal aroma. Botanic filtration degrades air pollutants thanks to the biological activities of plants, which retain pollution within their biomass. The whole operation is constantly monitored by screens that give the results of a mass spectrometer that identifies the entire spectrum of volatile compounds. Air pollutants are thus reduced by 97%, with a total purification of 5,000 cubic meters of air per hour. “Here we are purifying a relatively small space, but one can think, in the future, of transforming an industrial shed into a greenhouse that purifies an entire district of a city,” says Antonio Girardi of Pnat.

In this more experimental initial phase, the mixture of design, fashion, craftsmanship, art and science, combined with the dense programme of events that includes music and cinema, seems the ideal way to launch a powerful cultural project in Florence: democratic and open to all. Waiting for the evolutions in the next few years, certainly more commercial, this is perhaps the best time to exploit its full potential, as spectators and creatives.