Al Jazeera English series ‘Rebel Architecture’ depicts, in six episodes, the architects’ work around the world shunning the glamour of ‘starchitecture’ and using design to tackle the world’s urban, environmental and social crises. 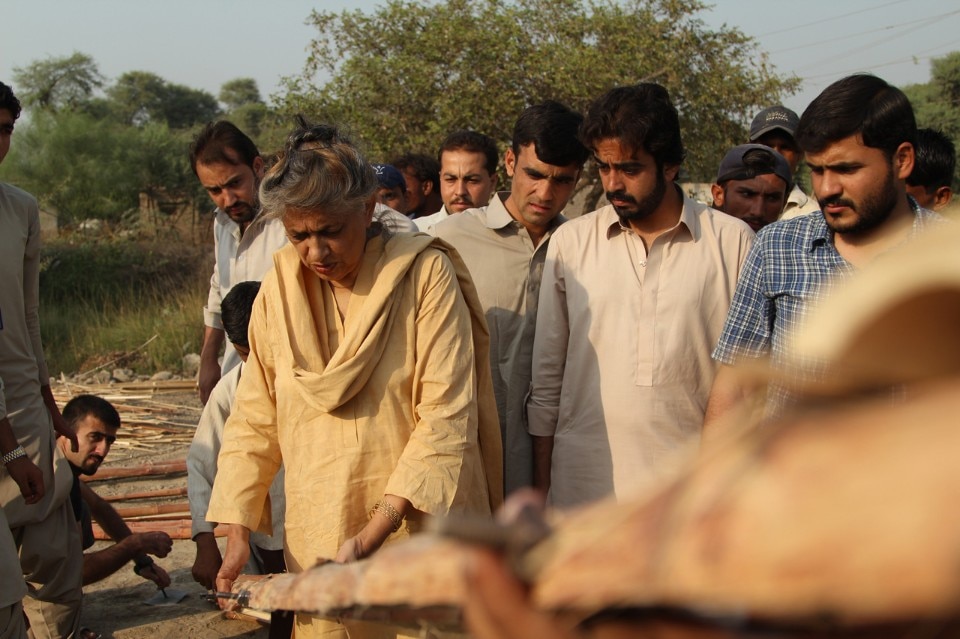 The Al Jazeera’s ‘Rebel Architecture’ series uncovers other architects shunning the glamour of “starchitecture” and using design to tackle the world’s urban, environmental and social crises.

In 2010, the world’s urban population peaked, finally outweighing the number of people living in rural areas. But this seismic change in habitat has coincided with soaring pollution, a spectacular rise in global inequality, and the explosive growth of informal settlements. The six architects profiled in ‘Rebel Architecture’ are willing to tackle these problems head on, even if it means being cast out by the architectural establishment.

“This series challenges our conceptions of architecture and design, and the way we cover them in the media”, said Giles Trendle, Director of Programmes at Al Jazeera English.

First part, ‘Guerrilla Architect’, was dedicated to Santiago Cirugeda, who has dedicated his career to reclaiming urban spaces for the public. In austerity-hit Spain, where the state has retreated and around 500,000 new buildings lie empty, “people are doing things their own way,” says Cirugeda.

With his expert knowledge of urban planning legislation, Santiago isn’t afraid to “occupy”, or squat, abandoned space and use his knowledge of the law to enable community building. “Self-building hasn’t been legalised in Spain, so any architect taking on this problem has to take on civil and criminal liability” he says, referring to the logistical issues he faces whilst working on the edges of the law. “Sometimes we do things that are illegal, but we’re not doing anyone any harm. On the contrary, we’re doing it to benefit more people. The decision to work illegally means a different approach.” His buildings are often fast-build, mobile structures made from recycled materials. The key is that they serve a social function, which Santiago thinks contemporary architecture has lost sight of in its obsession with the aesthetic

Second episode, ‘The Traditional Future’ recounts the work of Yasmeen Lari, Pakistan’s first female architect; she started out designing huge buildings like the Pakistan State Oil Building, but when aid failed to materialise after the 2010 floods, she turned to traditional techniques to design flood and earthquake proof buildings for people in remote regions.

Yasmeen Lari is one of the most successful providers of disaster relief shelters in the world, having built over 36,000 houses for those hit by floods and earthquakes in Pakistan since 2010. Shunning the weak, mass-produced houses offered by international organisations, she uses vernacular techniques and local materials like lime and bamboo, with a tiny carbon footprint and simple enough for people to build themselves.

With this she hopes to demonstrate the role that architecture can play in humanitarian aid. “I often tell my colleagues, let us not treat disaster-affected households as destitute, needing handouts, but with dignity.”

On September 1, Eyal Weizman explains architecture’s key role in the Israeli occupation of Palestine and the evolution of urban warfare.

On a journey across the settlements and roads of the West Bank and along the Separation Wall, Eyal Weizman demonstrates how architecture is central to the Israeli occupation of Palestine. “Architecture and the built environment is a kind of a slow violence. The occupation is an environment that was conceived to strangulate Palestinian communities, villages and towns, to create an environment that would be unliveable for the people there”, says Weizman.

Israelis and Palestinians explain how it feels to live in a landscape where everything, from walls and roads, terraces and sewage, to settlements and surveillance are designed to ensure the separation of the two peoples, while simultaneously maintaining control.

‘Greening the City’: Vo Trong Nghia attempts to return greenery to Vietnam’s choking cities and design cheap homes for those excluded from Vietnam’s rapid growth. The architect is on a mission to transform Vietnam’s attitudes towards architecture and urban spaces through his environmentally sustainable buildings.

“Asian countries don’t have the knowledge to create architecture that suits their climate.” As Vietnam makes a mad dash for growth and development, Nghia is defending the need for open spaces, trying to bring scatterings of greenery to the concrete, glass and steel that dominate the cityscapes. His buildings incorporate plants and trees, and include design elements such as natural air flow ventilation in the place of costly air conditioning. Not confined to architecture for the wealthy, the film follows Vo Trong Nighia as he tries to find support for his vision of a vertical faming city; and at the same time to implement low-cost housing solutions for those worst hit by Vietnam’s urban housing crisis.

“If the current way of thinking does not change, sooner or later citizens will actually live in concrete jungles. For a modern architect, the most important mission is to bring back green spaces to the earth.” says Nghia.

‘Working on Water’ recounts Nigerian architect's Kunle Adeyemi project of floating buildings to solve the issues of flooding and land occupation that affect hundreds of thousands in African coastal cities, including the 85,000 residents of the Makoko slum in Nigeria's capital Lagos.

Adeyemi envisages a city of floating buildings that, safe from rising tides, would allow the slum's residents to remain within their community, while at the same time improving the quality of their lives.

His studio – set up in 2010 in Lagos and Amsterdam – have come up with an easy-to-build, low-cost sustainable prototype for a floating building, one of which is already being coveted by an overcrowded school in the area. But despite winning numerous awards, he is still struggling to get approval from the authorities to roll out the prototype.

Several hundred kilometres away in Port Hartcourt, a similar landscape, Adeyemi is working on a floating radio station for a community NGO, but the regional government is keen on redeveloping the area, and has a multi-billion dollar plan that favours displacing its current residents over improving living conditions in the slums.

For the last episode, ‘The Pedreiro and the Master Plan’, Rebel Architecture tours to Brazil to meet the “pedreiro” Ricardo De Oliveira – a real rebel architect. He’s built over one hundred houses with no formal training and the most basic tools, all in his local community of Rocinha – Brazil’s largest favela, situated right in the centre of Rio de Janeiro. Working on a variety of projects across the favela, including his own house, Ricardo explains how these simple buildings meet the social and budgetary needs of their clients. But as the city gears up for the World Cup and Olympic Games, life in Rocinha is changing.

Brazil’s new profile on the world stage has also led to an influx of urban planners, NGOs and well-meaning architects, all hoping to “improve” the physical conditions of the favela – and bringing with them the very real threat of gentrification.  Luis Carlos Toledo, the architect behind the master plan for the government’s regeneration of Rocinha, was considered a radical for working on favela urbanisation long before it became fashionable and says living conditions can and must be improved –  but even he starts to question the benefits of an attention-grabbing cable-car system, whilst thousands of residents are still without access to education or healthcare. The battle for the future of Brazil’s favelas, is on.