On the threshold between the 19th and the 20th century, architecture plays a central role in the frame of an international movement, promoting the unity of art and life, and of all the arts as a whole. 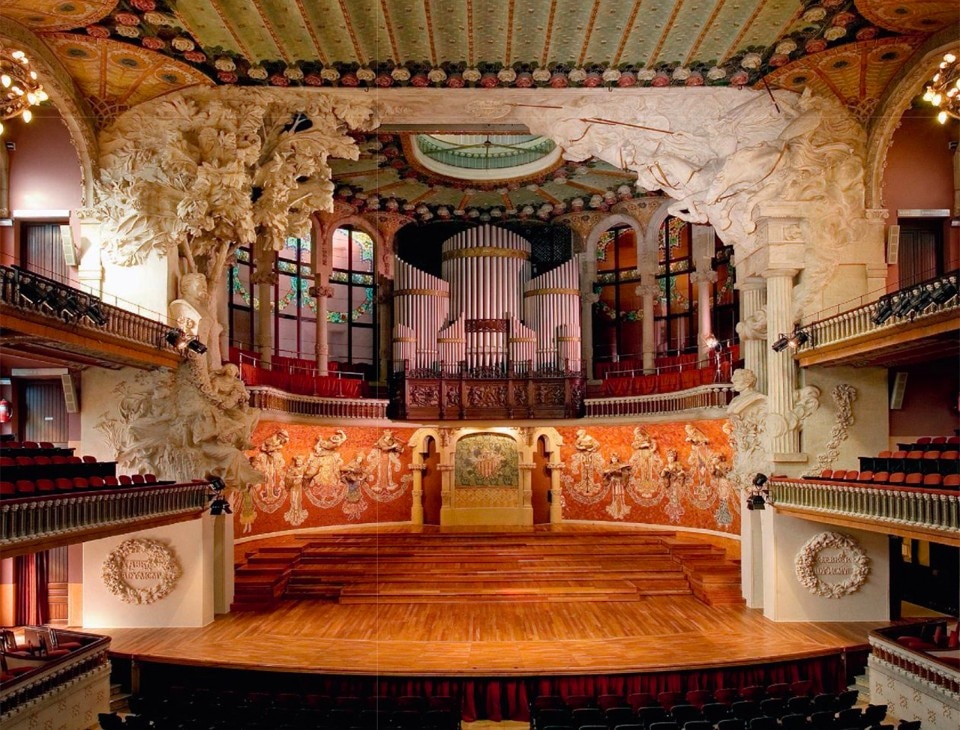 An international artistic adventure, between revolution and reaction, cosmopolitism and province, constant and ephemeral, ‘sublime’ and whimsical

The Art Nouveau is described through these words by art and architecture critic and historian Lara-Vinca Masini, in her seminal monographic publication from the 1970s.

Revolution: the Art Nouveau season unfolds from the last decade of the 19th century to the early 1910s, in the wake of the European Industrial Revolution, which radically renewed the modes, times and goals of production, even in the artistic field. Reaction: Art Nouveau’s supporters shows a more problematic attitude than an unequivocal, positivist-based faith in the potentials of progress. Rather, against the potentially infinite replication of the industrial object, flattened through its multiplication, they rediscover and bring up to date the know-hows of traditional craftsmanship.

Read also: In 2002, Barcelona celebrates the anniversary of Antoni Gaudí’s birth 150 years ago. Oscar Tusquets Blanca explores the architect’s dizzying genius, his flirtation with kitsch and reproves some of the more recent converts to the cult of Gaudí.

Cosmopolitism: the Art Nouveau crosses the entire European continent, to further spread in North America. International Exhibitions, for instance in Paris in 1900 and in Turin in 1902, are pivotal occasions for the debate and the circulation of models and sensitivities. The movement has different declinations in each national context, as well as a specific denomination: Art Nouveau is mostly used in Belgium and in France, where other options such as Style Guimard and Style 1900 are also common; Jugendstil and Sezessionstil are inherent in the German and in the Austrian contexts respectively; Spain opts for Modernism, and Italy for either Stile Liberty or Stile Floreale. Province: the Art Nouveau is hugely popular also outside of the traditional hotspots of art production, provinces where it often participates in the celebration and the modernization of local identities.

Constant and ephemeral: the Art Nouveau claims that art and life are inseparable, the former affecting each and every aspect of the latter (l’art pour l’art, according to the famous expression popularized by poet Théophile Gautier). All artistic disciplines are concerned, from the most permanent, such as architecture, painting and sculpture, to the most ephemeral, such as furniture design, exhibition design and set design. It is not by chance that the Art Nouveau movement is considered as the forerunner of contemporary industrial design. Within the frame of this synesthetic experience, Giovanna Massobrio and Paolo Portoghesi stress the restored relevance of architecture: “the hierarchy of arts doesn’t proceed from the least conditioned to the most preoccupied with economic and social factors, according to Hegel’s thesis, widely shared by European scholars and artists; rather, it spans from architecture, which is the most comprehensive and synthetic, to the other arts, which provide their different techniques, useful to define space and to make it suitable to various human activities”.

Therefore, all through the short-lived and troubled Belle Époque decades, the Art Nouveau builds the landscapes of the new bourgeoisie, which has gotten wealthier and more politically and culturally relevant thanks to the Industrial Revolution. Domestic interiors and urban spaces, with their facilities and infrastructures, adapt to the dominant “taste” (a substantially bourgeois notion). Nature, whose throughout knowledge is ensured by that age’s major scientific advancements, is a constant source of inspiration for a movement which strives for a complete unity between structure and decoration. Sinuous lines and organic volumes draw more or less faithful inspiration from the natural world, both vegetal and animal.

Starting from the early 1910s, the rise of the avant-gardes and later of the Modern Movement, in addition to the different political, economic and social context following the First World War, lead to the ultimate extinction of the Art Nouveau movement. A few decades of significant critical misfortune and forgetfulness follow, when it is simplistically interpreted as a decorative style, and inaccurately generalized as a variation of 19th century eclecticism. Many valuable architectures are either demolished or irreparably altered. Architecture historian Nikolaus Pevsner is the first to contribute to its rehabilitation, through the more acute historiographic interpretation that he gives in his 1936 book Pioneers of Modern Design. From the 1950s, a more widespread reconsidering of the Art Nouveau eventually establishes itself, leading to its full reintegration amongst the movements which made the history of Western architecture in the 20th century.