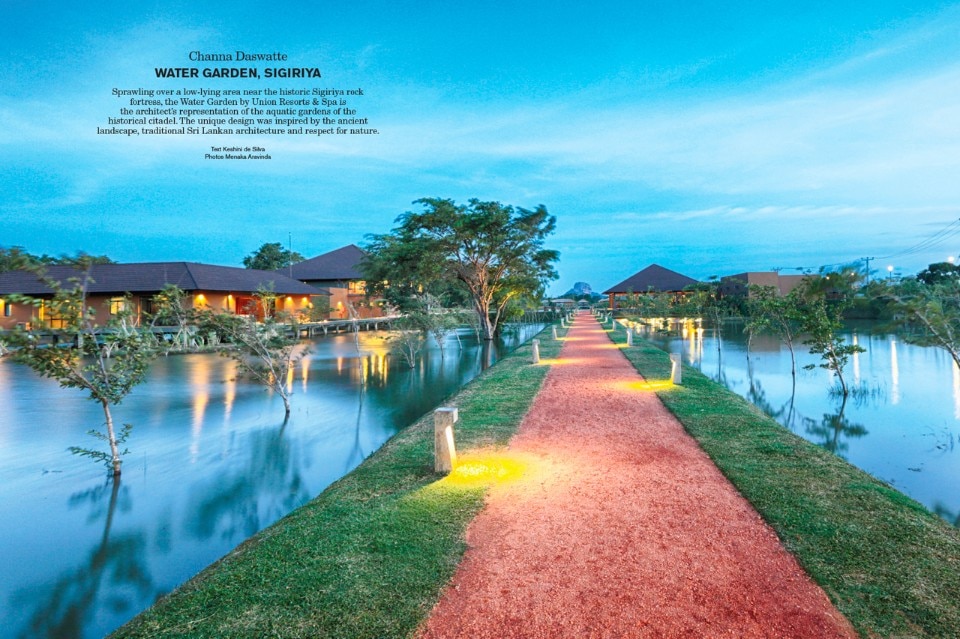 Share
Understanding the terrain and topography of the site is of utmost importance in architecture, though this principle is often forgotten today in the search for novelty and uniqueness.

Remnants of ancient Sri Lankan architecture, including the still functioning tanks and reservoirs, are evidence that Sri Lankan rulers and architects in the past embraced the natural features of the land and weather to ensure man lived with respect for nature.

In this issue of Domus Sri Lanka is a project a modern project that touches base with the philosophies of traditionalist architecture. This is the Water Garden Hotel in Sigiriya by architect Channa Daswatte. Daswatte has embraced the natural features and phenomena of the land, offering the inhabitants an unparalleled experience of nature. He has achieved the effect through his firm belief that the true beauty of architecture is
in its ability to compliment the surroundings and not contrast against it.

Also included is a preview on the exhibition on responsible design that is to be held at the Cooper Hewitt Museum in New York.  This includes a piece by the curator Cynthia E Smith describing the economic and social scenario encountered as she travelled 80,000km around the United States in two years of research for this exhibition.

In Confetti there is an article on the Faculty of Architecture at the University of Tokyo, which goes beyond traditional design fields and focuses on the various issues presented by land use.

In Antwerp, Belgium, a defunct docking zone has been transformed into two tall apartment buildings on the water. This article is a valuable experience for us in a country that is seeing a boom in apartment complexes, especially in and around Colombo. In Rassegna is a short take on “systems of enclosure.”

The Feedback features the city of Shangahi, called “a legendary construction miracle among modern cities in China and the Far East.”