Creative, idealistic and “globetrotting” Domus editor from 2011 to 2013, for the #domus1000 launch, Joseph Grima has chosen projects that tell a story and stimulate their users’ imagination. 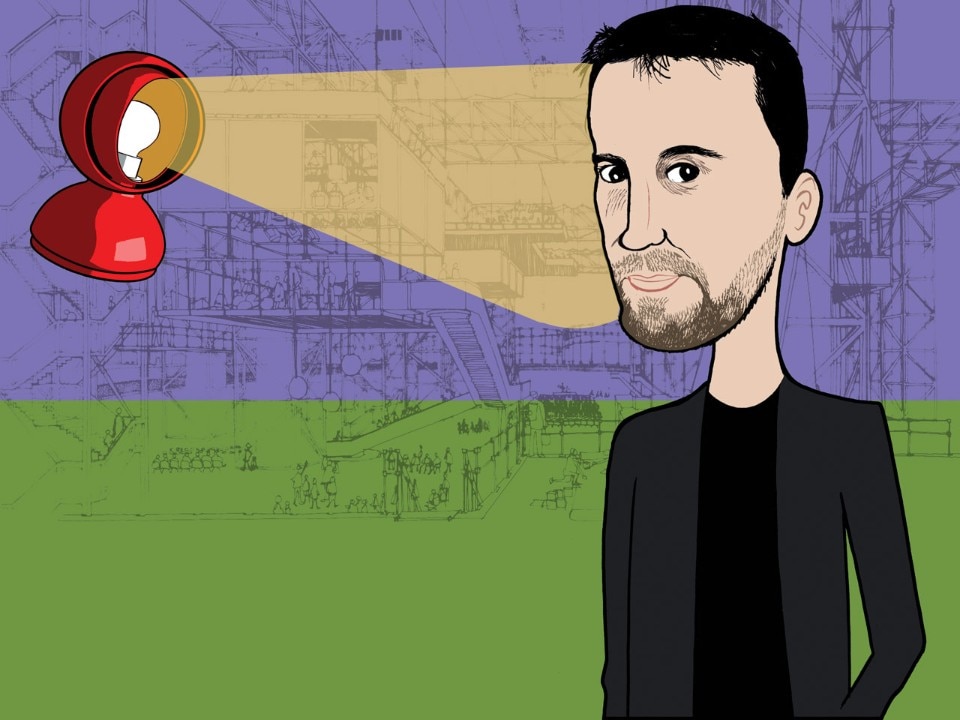 Joseph Grima was, to date, the youngest ever Domus editor. Maltese by birth but a Londoner by adoption, he was born on 24 February 1977 under the zodiac sign of Pisces. A globetrotter with a vocation for architecture, Grima was curious and drawn to the digital world. He was a former pupil of Boeri and expanded the magazine’s technological horizons, helping Domus conquer various software platforms as well as being on paper. He was behind the new website, based on a Dan Hill project, and the iPad version developed by Manuel Ehrenfeld and Marco Ferrari. His meetings were spread virtually across five continents, involving a dense network of young collaborators-antennas scattered worldwide. Creative and idealistic, his concerns centred on an urban sphere threatened by speculative interests and an unprecedented recession. “At the risk of soiling it,”, he wrote in his first editorial, quoting Reyner Banham, “the Absolute of architecture must be brought back into the kitchen.” He softened his over-serious approach by introducing a couple of “light-hearted” columns: Dan Graham’s Horoscope and Daniel Perlin’s Mixtapes.

Piece of architecture – One of my teachers at architecture school, Cedric Price, once said that as architects we should not be concerning ourselves with building bridges – rather, we should be asking ourselves how best to get the other side. The other side, in the case of his Fun Palace, was utopia! The utopian, as we’re often reminded, is utopian precisely because it is not and cannot be real. Yet it can still shape reality… I’d choose the Fun Palace because it defeats every assumption about what architecture (and palaces) are all about.

Design object – On my daughter Zoe’s bedside table sits a lamp – Vico Magistretti’s Eclisse. This lamp is the starting point of so many stories… From astrophysical principles of the Solar System to how Mr. Magistretti only ever wore bright red socks, and believed a work of design was good if it could be described to the manufacturer over the telephone. The Eclisse is so good it could be tweeted to the manufacturer.

Work of art and city  – My answer to questions 3 and 5 is the same: my favorite work of art is also my favorite city. I plan to be the second citizen of Tomás Saraceno’s Air-Port City, straight after Tomás himself!

Book – The Architecture of Trees by Cesare Leonardi and Franca Stagi. The architect Leonardi, a hero of mine who I finally had the pleasure of meeting last week, was shocked at his colleagues’ ignorance with regard to trees, sticking any old tree into their projects – northern European, American and even Oriental ones. He devoted 20 years of his life to the architectural design of the world’s trees in the different seasons, studying the shadows they cast and their colour changes throughout the year. The result is a masterpiece of obsession and love but regrettably hard to find.