A letter from Domus to the first President of Italy

“Hope is our privilege”. In June 1946, the new director of Domus Ernesto Nathan Rogers addressed an open letter to the future President of the newly-established Italian Republic, giving voice to an entire discipline and a generation. 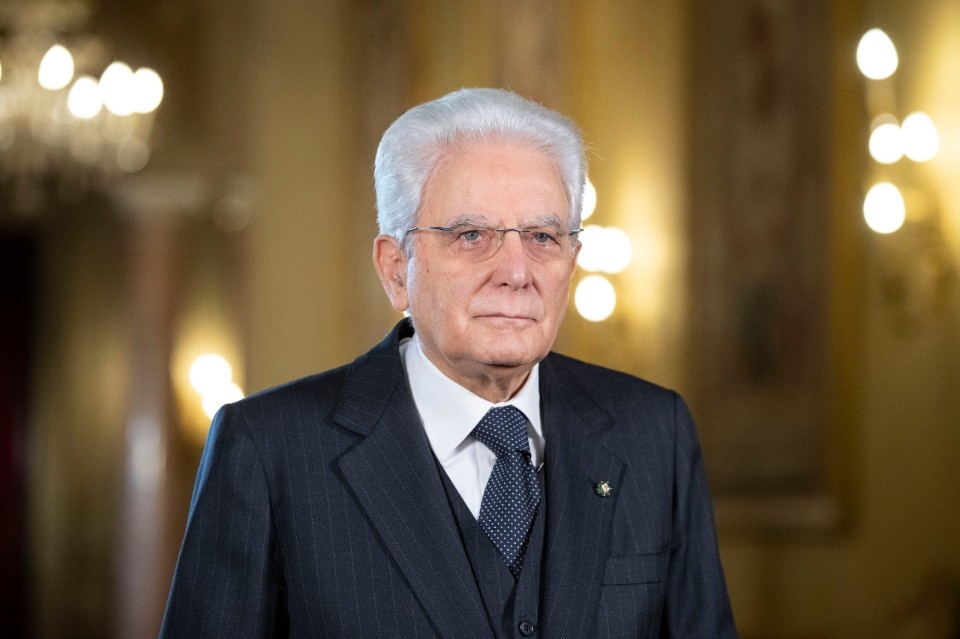 Right in the middle of a global crisis that is ceaselessly questioning both individual and collective balances, of people as well as of the institutions they are represented by, Sergio Mattarella has been re-elected as Head of State for the second time.

Almost never has the ritual of President election taken place in Italy without storming crossfires, twists and turns, or exhausting position wars, and very rarely has it not coincided with critical points in national history.

The hardest hour, however, was undoubtedly the first, again in the aftermath of a global disaster, of a dark period for Italy itself, with the newborn Republic, still waiting for its Constitution to be written and for its President to be elected. Little more than 75 years ago, ten days after the referendum that made Italy a republic, Ernesto Nathan Rogers, the new director of the post-war Domus, wrote an open letter to the future president, overtly facing the responsibilities of an entire discipline, but most of all reflecting on what hope could mean at the time.

I take the liberty of writing to You without yet knowing Your name: before the Assembly, which sums up our will as free citizens, has made its choice.

If it was proper, I would like not to sign, in order to strip the message of any personal significance and preserve it from presumption or shyness. The Anonymous, architect, addresses the Anonymous President. We have been anxious these days; and I do not remember, after my third-year high school examination, waiting more eagerly for the compliment of one of my actions (even then my weak point was History).

On that occasion, I believed that once I had passed the test, I could finally be an architect; similar thoughts came to my mind when I entered the voting booth and placed my sign next to the Turreted Italy.

Certainly, on 2 June, the same hopes were in the hearts of almost all architects of faith. The result was a joy, but we do not expect miracles from the Republic, nor from You, Mr President.

We belong to a generation that has paid its tribute to naivety and foolishness for future generations as well: modern architecture has lost its virginity in order to reach the goals to which our passion destined it, since, as Mary of Egypt, it has given itself to the ferrymen.

It is true that, some more than others, we have all sinned if we thought that the love of art could allow so many licences and such serious compromises. However, many years have passed since our spirits were confused, and the blush of shame pales only when compared with the scars with which our feelings are now coloured. We have had martyrs among us, and if we are not entitled to their halo, who can deny us the teaching of the pains we have suffered for our fathers and brothers who have died? Those martyrs, I feel, possess the virtues of poets who – as Baudelaire warns – have the privilege of being both themselves and others.

That is why, Mr President, I am telling you these things that seem to be intimate confessions and not required apologies.

No one expects miracles, but experience has not dried us up to the point of scepticism: our luxury is hope.

We believe that the Republic is the panacea, we know therefore that it alone gathers the potential energies of the resurgence: it is the possibility of the living; we will win or fail; it is up to us. Finally, we have nothing to fear from the Leader, neither as citizens nor as artists. We have almost nothing to ask him, because he is one of us, the algebraic sum of our vices and virtues.

If we all improve, we will have an even better leader at the next election; if not, everything will be channelled into the worst outcome.

You and we, Mr President, together, are the State.

Therefore, speaking of architecture – let us finally say Art – State Art, as something that comes down from above to impose forms, expressions and feelings on us, is nonsense, nonsense akin to blasphemy. Let us speak, instead, of a State of the Art, and this is what we can strive for, we Italians who, without rhetoric, have the right to invoke a genuine civilisation to continue it as one of our first duties among other peoples. I would like the State of the Art to be the ideal goal of a collective perfection to which not only the small group of intellectuals and creators can aspire, but the entire people freely.

Are all architects, all artists, then, the Italians of the Republic?

Do not smile, Mr President. Let me clarify.

I would like everyone to be able to take the products of Art and enjoy them, so that a spiritual circle is established between those who do and the others, an exchange as from the earth that procreates the fruit and receives the seed.

I know well that to a man in your position, pressed on every side by contingent affairs, and almost suffocated by the anxiety of providing day by day bread, defence, trains and all other pressing needs for 45 million people, these words of mine, this need of ours, may seem out of place in History. However, I also imagine that a man, entrusted by his compatriots in such a high charge, must feel in the shelter of his soul the echo of our own feelings. I have written ‘echo’, but I would have better said ‘origin’ because every individual, by his very nature, must also feel, albeit in the varying measure of his personality, the need for Art.

Nor can it be otherwise of a State that is precisely the totality of individuals.

And I believe that You, in your enlightened conscience as a leader, must recognise that the Atlantic Charter, which was intended to be a kind of new Law for mankind, would reveal – if it existed – an omission, since it does not mention, among others, that of Art, which is one of the greatest freedoms to be won, if not by individuals, then certainly by the masses.

Utopia? And if I told You about religion, would I not also be accused of abstraction? And is justice not an abstract concept? Even hunger is an abstraction for those who do not experience it.

Taking the truth from heaven and translating it into concrete terms in the earthly day; this is Caesar’s task. Excuse me, this is the task of Government.

But this work is neither sound nor valid if it does not start from a unitary conception of human, so that at every moment, as far as possible, all problems are not tackled in parallel.

And just as an individual cannot think of merely washing today, reading tomorrow and eating the day after tomorrow, so neither can a society plan its future in stages, the balance of which will be paid for by the fragments of future generations. This is done in war, but that is precisely why war is the negative moment of civilisation.

The State of the Art is that which, through the free practice of citizens, has been able to define a style, a reflection of a custom, since the problems of Art are but particular and significant aspects of a culture.

Can the President of the Republic disregard this?

It is about seeing how, in the current enormous difficulties, the complex spiritual needs (of every sector) can be reconciled with all the practical needs.

It is the task of the Constituent Assembly to establish the principles of the Italian society in the conception of the new existence, nor is it up to me to presume to do more than indicate them; but You would be right to accuse me of vagueness if, in such a long letter, I concealed from You my modest opinion on the approach to the problem.

Will there be a National Reconstruction Plan? I hope so. And, then, it cannot but be founded on evident bases of social justice, where – without even get into the different doctrines on public and private activity – it will be desired that the works be graded over time, paying attention first to those works that benefit the community.

Read also: A stroll around the home of Ernesto Nathan Rogers

But since this – as I have said – is obvious, let me insist on another concept that makes us even quarrel among architects: and that is that, once a rigorous social scheme has been outlined, we must bear in mind that no work – and this is precisely the particular theme of architecture – can be considered valid, not even socially, if, while responding to practical utility, it does not also satisfy the demands of beauty. The principle remains the same – and this does not apply to architecture, but to the other arts – that every manifestation of the spirit, for the mere fact of being such, even if it does not respond to practical needs, is of public utility as long as everyone can make a spiritual heritage of it.

The anguished debate we face every day because our works contradict us, being them bridled by the social structure, should be progressively resolved in a revolutionary spirit. (Unless humanity renounces recognising itself in the complete scheme of existence).

Then the architects, all artists, will find balance in their own consciousness and harmony in their works: over there is the home of mankind, a faraway goal, but not a mirage on our horizon.

Today it is legitimate to hope: although, for those with tenacious faith, perhaps the encouragement of William the Taciturn is enough when he said that it is not even necessary to hope to undertake, nor to succeed to persevere.

Let us all help each other, so that the millions of citizens who have their eyes fixed on this dawn of the Fatherland will not be disappointed.

So, Mr President, my wish for You, as you prepare yourself for the difficult task we have entrusted to You, is also addressed to myself: to all Italians.