The bear, the duck, the apple: Enzo Mari’s visual language.

In 1968, Tommaso Trini wrote on Domus about the work of a younger Enzo Mari - a true "engineer" of design, interested in child psychology, and the creator of a language made of clear images and elementary forms. 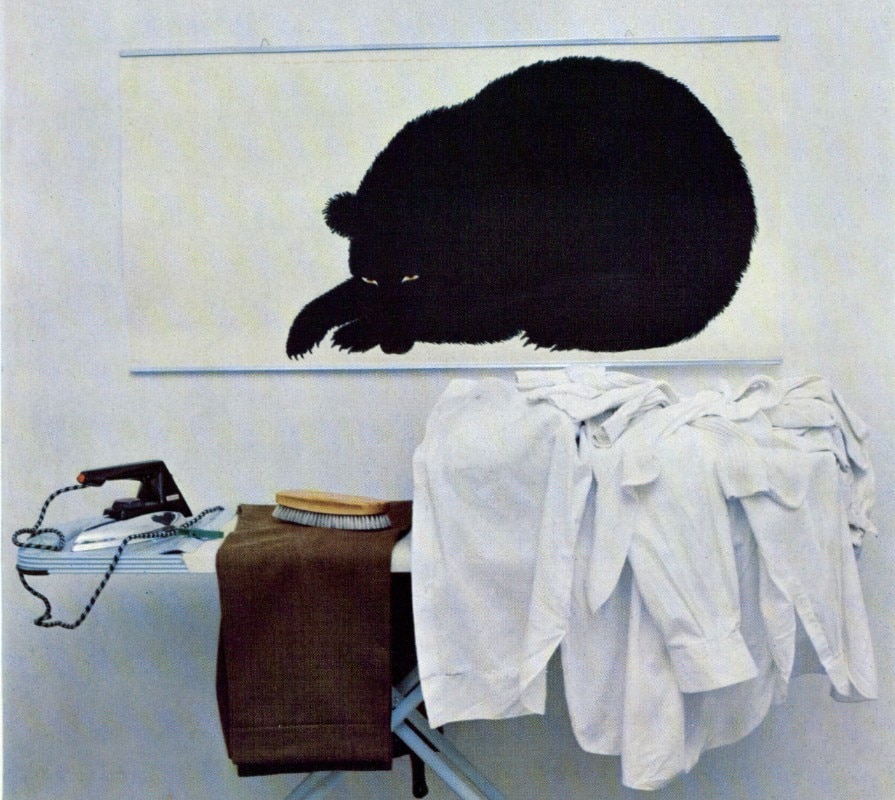 On the occasion of the recent news of the donation of his archive to the City of Milan, and while waiting for the great exhibition at the Triennale scheduled for April 2020, we decided to republish an article of Domus 1982 by Tommaso Trini (Domus 458): "Enzo Mari '67", with photographs by Giorgio Casali and Toni Nicolini and pagination by Mari himself.

Enzo Mari, designer and visual researcher. A young man who brings his work research and artistic results under his chosen profession: that of the engineer, a word that has become ambiguous and is now covering very different social functions; is the engineer a specialist, a skilled producer, an intermediate factor between production and consumer needs as interpreted and manipulated by production itself? According to Mari, the possession of the know-how that allows him to realize his ideas with an adequate and important technique (many artists lack such knowledge or got it wrong) is not enough. It is essential to include one's specialist activity into a global vision of the laws that govern and condition it. "The action that I consider a priority today", he says, "is to clarify one's social standing". The much-debated terms of pragmatic and ethical design are all deeply rooted in Mari's work, which links them to his wider experimental interests. His works, though numerous and successful, are constantly aimed at a rigorous exemplification of those terms.

More than design products, Mari produces design. Grounded and verified in visual language studies, the scientific process of his work is carried out in designing objects that focus on meaning, and not on effect; they are devoid of neologisms and violent promotional stimuli, which means that they lack the aggressiveness typical of consumer fads. When he Created his first children's game - a wooden zoo puzzle designed in '56 - Mari pioneered all current development in designs for children. It is no coincidence that he is strongly interested in child psychology; the natural disposition of children to grasp clear images, the elementary forms, the unsophisticated message that characterize Mari's style, sheds a light on his vocation to naturalize industrial forms. Moreover, he managed to discover and establish new rules in his "games”.

This is exactly what characterized all Mari's work: inventing both the devices and their rules and binding these devices towards a certain type of conduct, rather than a certain type of consumption. His most recent work, "Il Posto dei Giochi", is the first indoor and portable play-place for children; a space and an object designed to encourage the development of their identification processes. As always, Mari is suggesting through the object a way to operate. Mari proposes a method. All his operations and suggestions are first of all carried out in the means identified to solve a specific problem, and then globally in the method that shapes the various results. When asked about the meaning of his objects, Mari recently replied: "I hope that the meaning will be every time that of the object in question". So, let us therefore try to analyze the various works presented by Mari in these pages.

The calendar. A modular object. Free of saints’ days or the rotational ritual linked to the end of the year, when we replace the old calendar with a new one; this instrument for measuring time, which has lost its conventional obsolescence, presents itself as a continuum of variability, which accentuates its identifying function, separated from the chronological alternation.

Containers. Based on the principle of “get maximum results with minimum effort”, they solve technical production problems; they have simple functions that allow the designer to focus on his main interest: the methodological approach.

Set-ups. In plastic or concrete, these panels completely turn the problem of composition (the two groups are made of identical units) into that of modularity; they create as many spaces as required by the function of the moment.

Animals. The goose, the wolf, the bear, etc. are standard images; this is one of Mari's most significant studies, he has developed their semantic value starting from the wooden zoo and the "Fable Game of '65"; but here the images are now no longer inspired by child psychology, but by psychology tout court; the fable is eliminated in favour of formal essence, according to the didactic intention which is always present in Mari’s work.

Il Posto dei Giochi. It is a space that can be freely composed; a castle or a fort in which the child can develop his or her own inventiveness, having at hand all the primary elements necessary for his or her imagination: the sun, the water, the architecture, the grass and the waterfall; it is not only the first children’s play-space, but also a standard-place; the symbols of the elements and space have that right degree of abstraction that makes them accessible to all while, at the same time, leaving the imagination free.

Mari has developed the governing intentions of his research mostly in the "containers", which are programmed perceptive structures, based on behavioural module, as in the Specosfera or in the very recent Modulo exhibited at the 1967 San Marino Biennial. The structures appear to be based on natural phenomena and are developed with combinatorial techniques. Against any mitigation of the technique, Mari realizes in these experimental researches that scientific attitude which he then applies to design, and which makes his objects seem indispensable.

Mari's concept of design can therefore be summed up as follows: a technology plus an ideology that need collective objects to be free from alienating superstructures. Closely linking technology and ideology leads to an operation that is overall clearly methodological. Mari does not personalize the forms he creates, he does not mythologize objects. By opposing non-technical obsolescence and the constraints of psychological consumption, Mari aims to free things from their mere value as commodities, and only cares about what these objects can communicate.