After telling the story for a busy week, Domus responds by changing the question: What’s left of Milan? 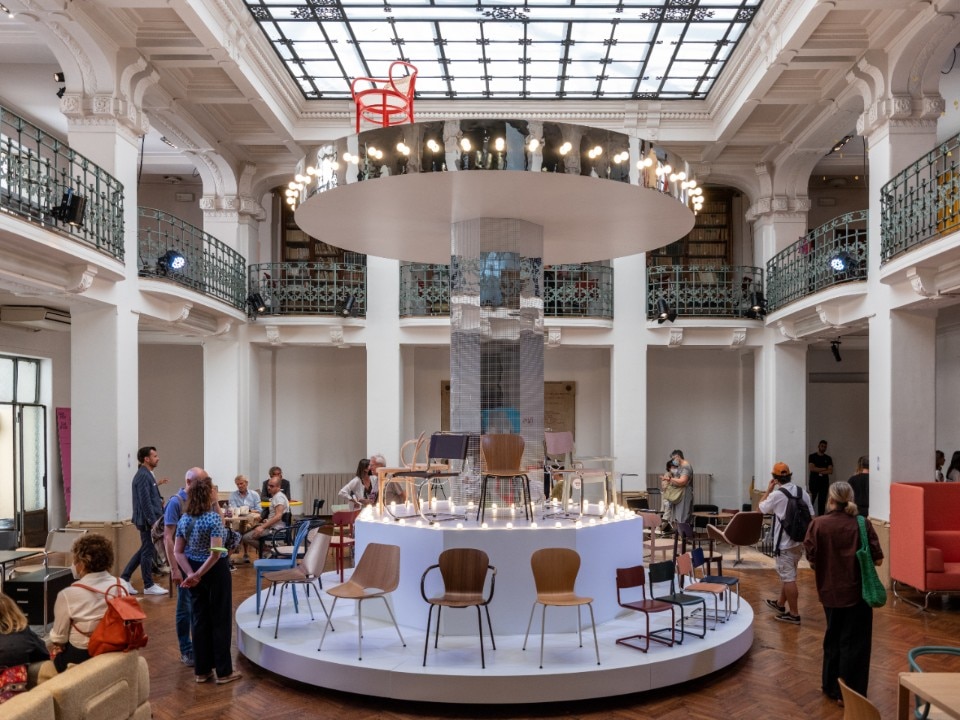 So, what is left of Milan after the Salone del Mobile 2022? A non-rhetorical question. In fact, in its 60th anniversary year, the Salone del Mobile has shown itself to reflect more and more Milan, its essence, rather than its brand. More than the mirror of a city prostrated by the pandemic and distressed by the war ten hours away from the Madonnina, the Salone has confirmed itself to be its tempting demon, the diouscolos that prefers to move on from the rhetoric of words to the construction of facts. In this case, of artefacts.

What is left of Milan after Design Week 2022 and before the new great crisis that all indicators predict to be the next autumn? It is useful to follow an analysis by Paolo Bricco to answer this question. On Il Sole 24 Ore, he has pointed out the need to go back to two other crucial dates in Milan’s history: 1945 and 1992. More than dates they are tipping points, real transformations in which Milan showed its ability to deeply reinvent itself, regenerating itself in a metamorphosis that unleashed new energies and meanings. Not only to the city and the country but to a whole world.

Milan provided post-war anguish and the fragile enthusiasm of the so-called Reconstruction with ethics and aesthetics, infrastructure and warehouses, but above all the vision of the animal spirits of entrepreneurs who had survived the catastrophes of the Fascism and the (lost) war. Milan provided the atavistic hunger of the masses of destitute people constantly exiling from the South with the economic means and the civic imagination. For instance, the possibility of being – for the first time – neither the working class nor the people living in the suburbs, but individuals and citizens who were the protagonists of their own history. The Milan of Reconstruction offered to the elites of culture and the professions, to architects and engineers, to designers and craftsmen, to publishers and journalists, and even to trade unionists and politicians, a programmatic platform that transformed Made in Italy from “savoir faire” to “savoir être”, from practical skill to aesthetic wisdom, from accessory to infrastructure. This opened up the whole subsequent mythology, which suddenly obscured the decadent, Roman myth of the Dolce Vita by imposing a decidedly more sober and northern lifestyle.

Differently, but with the same resilience and creativity, came the Milan of 1992. At the end of a dramatic and unending crisis, that of the Republic of parties, of the combination of politics and business that had found in illicit financing and cheap optimism an infamous ransom to the season of Terrorism. At the end of the First Republic, the “moral capital that had become immoral” was able to trigger a new start, thanks to a never extinguished inner Calvinism, its own polytechnic culture and an unprecedented role for the judiciary.

Whichever way you look at it, the post-1992 Milan was the third Great Milan of the 20th century, after those of the 1930s and 1960s. A “metaplace” capable of intuiting and riding the redesign imposed by history – in this case, by the Third Globalisation that was transforming the global value chains. While the party system was foundering in the misery of rhetoric and the shamefulness of practice, the Milanese and northern companies were able – on their own, without any system of representation supporting them – to connect to the network of global chains, becoming protagonists in international production platforms and dominating them in key sectors.

It was here that for the second time, after the 1960s, the system of the “Italian house” – Gio Ponti spoke of it in the editorial of his second term as editor-in-chief of Domus – represented the model for the rebirth of Milan. Soon imitated by fashion, chemistry, mechanics, and the automotive industry, this model introduced Milan into the circuit of Global cities where architecture increasingly provided an urban and community alphabet. Just as had happened in the 1930s and 1960s, but this time in a global perspective where intangible functions and the ability to create new connections count as much as production and services, since these are the connection points between ideas and reality.

And now what? What is left of Milan after the Salone del Mobile 2022? The transition is equally crucial and even tighter. After the Great Recession of 2008, the urban sovereign debt crisis of 2011 and the pandemic of 2020, Milan is experiencing a war just a few hours’ drive away. Compared to other Italian cities, Milan has its own economic and financial, technological and intellectual, creative and aesthetic structure. However, this time – compared to 1945 and 1992 – the challenge is about identity. No other city in Italy has experienced the paralysing silence of the pandemic as Milan has. And no other global capital has experienced the fear of losing its own leadership as Milan has. A leadership that roots its power into doing, into building, into shaping the world.

It is here, then, that the Salone del Mobile 2022 and the renewed energy of the Fuorisalone can be identified, which although not comparable to the pre-lock-down ones deserves a separate discussion. On its 60th anniversary, Design Week has shown that despite its successes (+27% in sales), Italian design is not a commercial phenomenon that is fed by the desire for a new centrality of the home and also to reject the reasons for war – with brotherhood – in the name of beauty. Rather, it is something deeper and more radical, something that has to do with the very essence of places and communities, of cities understood as the connection between the urbs, the civitas and the communitas, i.e., architecture, rules and community.

The Salone del Mobile 2022 was proof that Milan remains both the genetic code and the factory of a hypocritical and naive, complicated and wonderful, opportunistic and generous country. A country that delegates, once again, to Milan to live up to its past but, above all, to its future as a world-city, in which the syntax for surviving and perhaps thriving in the Fourth Globalisation is being worked out, which is by no means dead but is testing on us the umpteenth, painful, salvific transformation.