Umberto Riva and a eulogy to slow design

The Sozzani Foundation presents an exquisite summary of the sixty years of work of one of the most modest and brilliant masters of Italian design. An exhibition presenting never-before-seen prototypes, one-off items, paintings, drawings and sketches from the private archives of the architect. 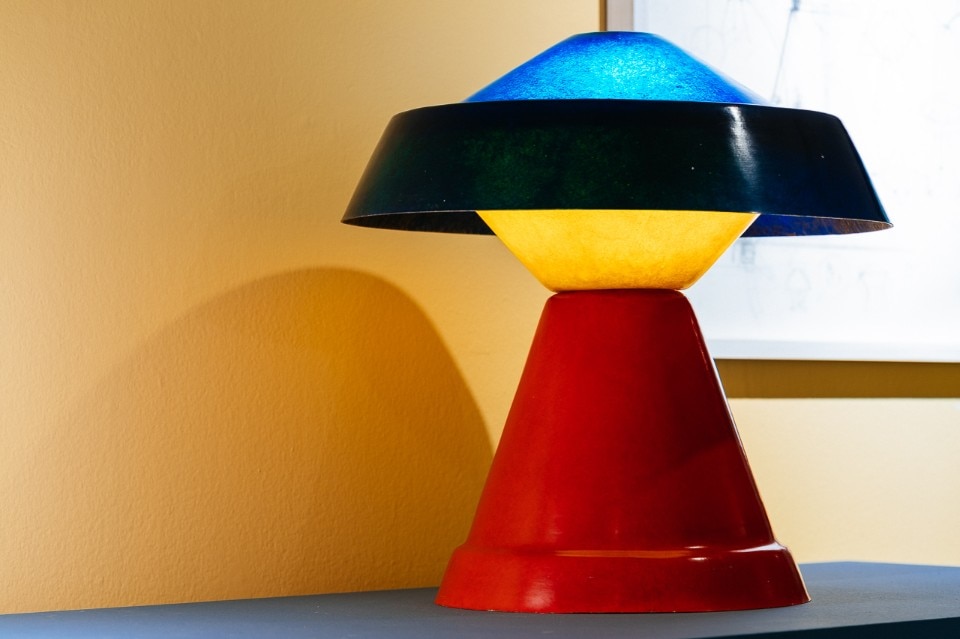 Again this year, during the International Furniture Fair, Corso Como 10 presents an all-round view of masters, design ethics and creativity. Following Gio Ponti and his approach to artistic synthesis expressed through Domus, the magazine which he directed for almost forty years, from 1928 to 1979 (with a break between 1941 and 1947), this year sees the turn of Umberto Riva, sixty years of work ranging from architecture to industrial design, from graphics to interiors, from urban planning to painting, from restoration to museum layouts. Born in 1928 and recently awarded with the Gold Medal for his career by the Milan Triennale, Riva has played an active role in the perfecting of “Forme: Umberto Riva, architetto e designer” (open until 5 May) together with the curator Gabriele Neri, who told us: “For Umberto, this is an opportunity for an autobiographical examination of his work, also because many of the objects on display are one-off items from his private collection. He designed the layout together with Emilio Scarano, and right up to the inauguration he was here, designing and adjusting all the things which were still not quite right, perfecting the project”.

The presentation of Riva’s work develops over three interconnecting thematic areas. The first presents a selection of “illuminated glass”, as he himself defined his lighting. The second is dedicated to furniture, with iconic items and never-before-seen works such as the E19 armchair produced by the Giustini Stagetti Gallery in Rome, while the third focuses on his graphic work, with pictures, architectural drawings and photographs of buildings. This portrait made up of forms is summarised in the newly-published film “Umberto Riva” by Francesca Molteni and Claudia Adragna from the Muse Factory of Projects, a journey through the daily life of the designer to show him at work and to understand his methodology, one which has never changed. “In the end”, Neri continues, “Riva has always been working on the same project, as he often says himself, making reference to a circularity of reference points which return in that play of forms which is design. From the 1960s until now, his paintings, his drawings, his plans and sections, and at times even his lights all contain signs of the same formal matrix. Everything comes together and there is no division between design and architecture, between the designing of a public space or a chair. In his career, Riva has never excluded the possibility of designing anything. Everything has been a challenge, a research - often frustrating - into form and materials - from concrete to Murano glass, from steel to wood and to plastic. Everything that comes to him is analysed and explored through the filter of his particular personality”.

Read also: Among the new products by Tacchini Italia there are the re-editions of the classics such as the E63 lamp designed by Umberto Riva in 1963.

In the frenzy and the mass of the design weeks - Milan in particular, considering its size - this calm little exhibition stands out, marks time and invites a reflection on how design should be done. “Riva belongs to that generation of architects which includes Franco Albini and Carlo Scarpa” says Neri, “professionals who have a slow and individual way of designing, a far cry from what we are currently used to. It is a method which Riva continues to use, as demonstrated by the E19 chair, and which has led him to create timeless items, shown by the unexpected spatial and temporal connection which emerged in Blade Runner 2049”. The futuristic sets of the 2015 sequel to the famous film by Ridley Scott include the E63 lamp which Riva designed in 1963, and which was inspired by a sculpture by Brancusi. That lamp, which over time has been updated with finishes and materials which differ from the original, not only seemed futuristic in the 1960s, but has also made an impression in this era. A demonstration of the timeless nature of Riva’s design.