When Alain Delon wanted to be a designer

“If I weren’t involved in films, I wish I were an architect,” wrote Alain Delon. The year was 1975 and the French actor was at the Salone del Mobile in Milan presenting his furniture line. A writer's story. 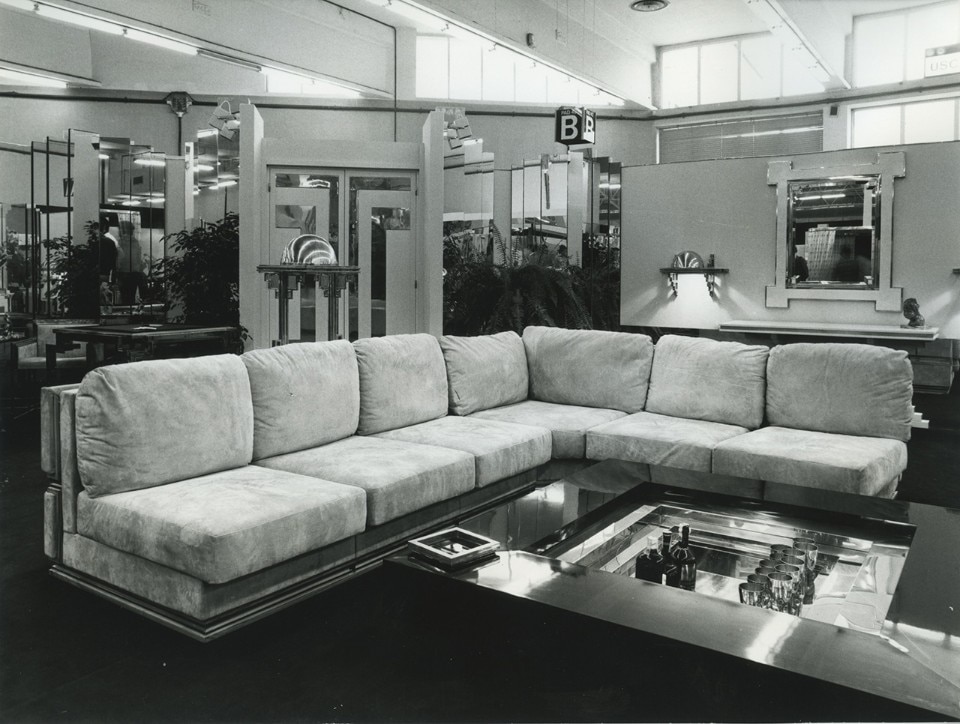 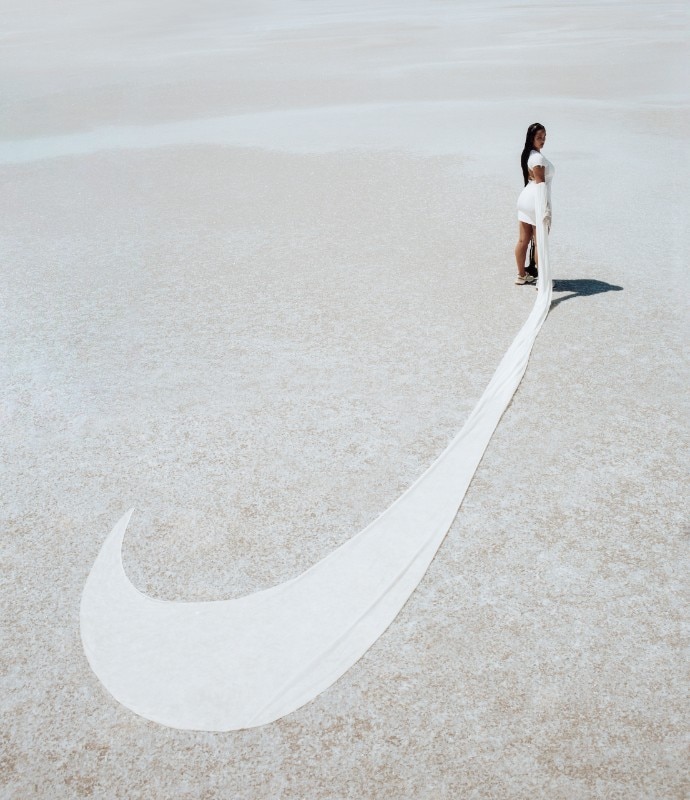 During the time Alain Delon was working in Milan on the set of Rocco and His Brothers – between 1959 and 1960 – the Salone del Mobile did not yet exist, even though it was in the wind. The Cineteca of Bologna uploaded onto YouTube an unsettling clip from that set. It’s night, the heart of darkness. A dog howls, then the voice of Luchino Visconti resounding from a megaphone between Via Ardissone and Via Ercolano, near the Ponte della Ghisolfa: “Slow, slow, don’t rush… Stop… Go, Renato, go…”. Renato Salvatori punches Alain Delon in the face. He falls on the sidewalk. In the movie, Delon plays Rocco Parondi, one of the young brothers who emigrated from Lucania, as told by Visconti. The actor reappears in Milan 15 years later, but in a different role: no longer a proletarian struggling to find his place in the big city.

This second appearance in Milan is offered by Il salotto cattivo, a sophisticated Bompiani almanac published in the 1970s. The almost-forgotten episode dates to the 1975 edition of the Salone del Mobile. In short: Vittorino Sabot, the owner of a furniture company from Udine (famous for its chair production), is able to convince the actor to authenticate – with his signature – a series of objects exhibited at the event. Alain Delon is present at the stand and greets visitors. He does so “like any average small-medium entrepreneur”, according to a nostalgic article published in 2015 in the Messaggero Veneto.

Instead, the news reports of the time were in the style of 1970s’ illustrated magazines. La Stampa, 17 September 1975: “Film celebrity and producer, organiser of world boxing championships, owner of racehorses and helicopters, Alain Delon, the perfectionist and eternally unsatisfied man, is now a furniture manufacturer as well”. In short: rich, handsome, elegant, unfulfilled, eclectic, Delon is present in Milan, accompanied by Mireille Darc, his partner at the time. The press agent states: “After all, he’s an accidental actor; he’s already tried thousands of different things. He’s constantly trying to prove to himself that he can make it outside of cinema, too”. But how is the A.D. furniture made?

La Stampa: “Silk and boar leather, black and white, polished brass, copper and steel on light briarwood. The impression is that of being in the wrong place; instead of a house we’re on a movie set, a make-believe luxurious and unscrupulous environment, from the sofa to the bed, with its canopy and silk A.D. drapes […] and a black lacquer briarwood console, a large mirror with a black metal rim (650,000 lire), an armchair covered in boar leather and tall backrest (250,000 lire) […] low end tables, in briarwood, steel, brass, copper, carved out at the centre for glasses and bottles […]”.

The style of the furniture signed Alain Delon, who at the time was starring in Italy in Playcolt (the periodical adventure/erotic comic-strip written and dramatised by Renzo Barbieri) with the penname “Alain Velon”, calls to mind the gaudy gangster one à la Francis Turatello. Or of some Arab billionaire. In fact, Angelo Ragosta, the architect and designer who collaborated on the A.D. furniture, had also worked for King Hussein of Jordan. Today, a cocktail table, by Alain Delon for Sabot, can be found for sale on the Internet at between 1,000 and 2,000 euro. But the real special touch that finishes off not so much the furniture as the Sabot communication campaign is the refined press release, written in verses, published in Il salotto cattivo:

“All of life is circumstance
an idea unleashed from a thought or a dream
a desire that needs to come true
an encounter that makes everything real
is so simple, it’s as plain as the nose
[on your face,
you need an idea, and then need to will it.
If I weren’t involved in films, I wish I
[were an architect,
since I’ve always liked homes and their
[interiors.
Furniture
We live with furniture, we share our lives
[with them
like the being who shares his life with
[ours.
That’s why I wanted and chose to create
a series of furniture I feel
[at ease with
I wish and hope they will be appreciated and
[liked.
Alain Delon”.

Finally, the actor, according to news reports, found the time to add: “Our style won’t be new or old, futurist or ancient. It will be the Alain Delon style”. But it wasn’t just Alain Delon who was passionate about homes and objects: the objects themselves as well as the homes in the 1970s were passionate about Alain Delon. A personal memory: as a child, an aunt of mine revealed to me the voice hidden behind the sound of the doorbell to her home: “You hear the bell?,” she asked me, “it’s not din-doon… Listen carefully: it’s Alain-Deloon”.