The emancipated tubes of Seeds

For MDW18, the London gallery presents six design objects and considers the independent use of tubes. 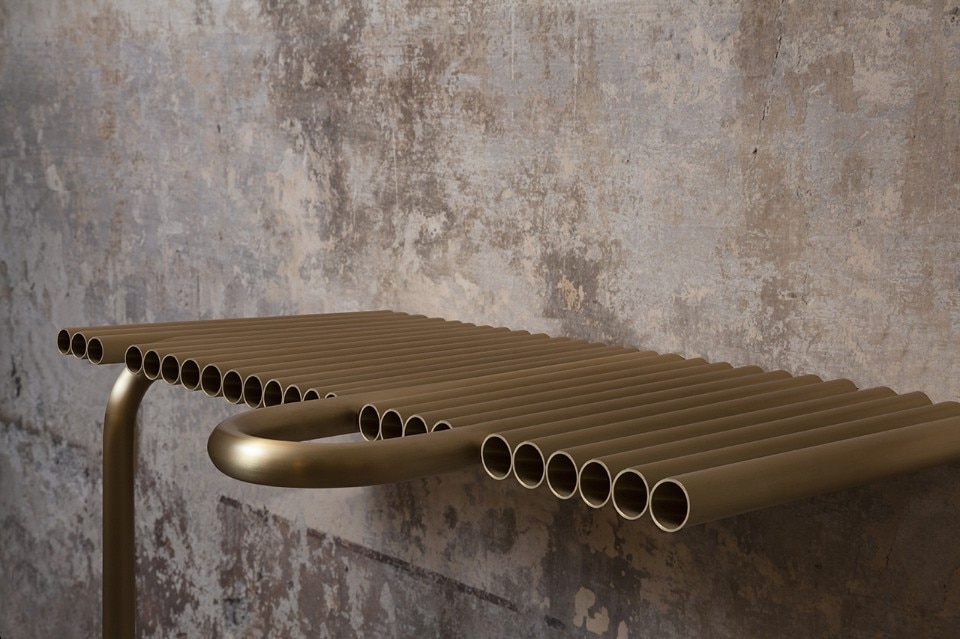 Six objects made from tubes. For Milano Design Week, Seeds thinks about how to transform a tube into an object, an instrumental element in the life of man and always serving other purposes. The London-based gallery has invited six designers to create a series of objects: so a tube becomes a support, an excuse for a test, a lab to experiment its forms. Tubes constitute elementary elements in our modern and industrial society: consider the steel tube, an essential component for the automobile and construction industry, or laboratory test tubes, with their many uses in biosciences and medicine. Tubes are fundamental and channel the electronic signals that define today’s technology.

Through the eyes of the London gallery, the tube is no longer a simple part of a design, but rather is a means to an end, with its own purpose that is transformed into a design object: it can be used. The tube as the nucleus and final element. The designers are BCXSY, who with brushed brass tubes recreated simple three-dimensional objects (like a vase), Guglielmo Poletti with “Sections”, a chair that can be repositioned by recreating an optical illusion, plus Martino Gamper, Tiago Almeida, Pietro Russo. We must also mention the wall lamps as well as the neon light sculptures by Jochen Holz, made in his London studio thanks to a precise craft technique. Holz also created simple coloured glasses of various sizes. Martino Gamper designed some vases with tubes. By juxtaposing multiple linear elements, Pietro Russo recreated the form of the tube and gave life to a container. Tiago Almeida made a wall lamp.