How will we move? A picture of the present to understand future scenarios

The challenge of autonomous vehicles, the full-electric explosion and the costs of transition: we asked Gian Luca Pellegrini, director of Quattroruote, to outline a profile of contemporary mobility as we wait to discuss its future at domusforum 2021. 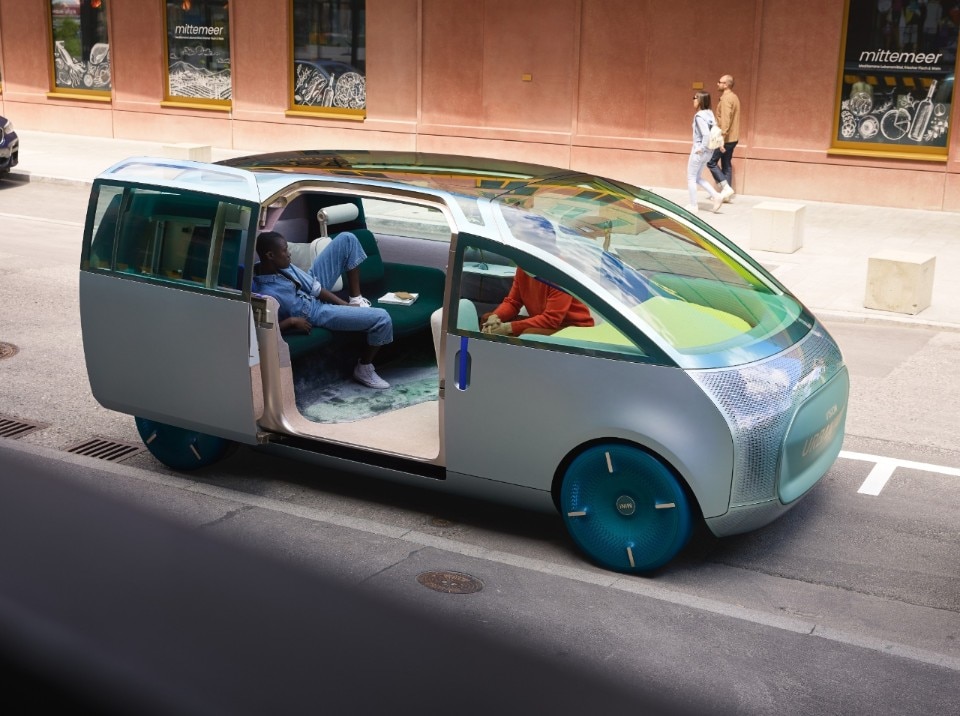 Expo 2020, which opened in Dubai at the beginning of October, is dedicating one third of its exhibition surface, and an entire thematic pavilion, to mobility. As it happens quite frequently nonetheless, the focus is mostly set on scenario-making, emphasizing the roles of past and future. A question remains open: how are we moving now?
How did we get to concentrate the discourse on contemporary mobility around great narratives such as the electric motor and self-driving vehicles, and how much are these narratives already conditioning our everyday?
Gian Luca Pellegrini has outlined for us that picture of the present we do need, to understand and build any possible scenario.

During the last years — he has told Domus — an individual mobility philosophy is dominating, the so-called C.A.S.E.: we are moving more and more frequently on connected, autonomous, shared and electric vehicles.

The autonomous wave is actually facing a temporary setback, because of the lack of both technical and legal infrastructures: intelligent cars need intelligent roads, and no authority has deployed the necessary funding, nor completed any regulation code yet.
The shared dimension is in a similar impasse, as its current profitability is still very low or non-existing. It is still considered and implemented as a promising and innovative way, but at the same time large part of the investments is being redirected by companies towards the development of electric vehicles (EVs).
Automobiles then are actually connected, they have grown more and more similar to moving antennas, and  the current challenge is to made their remote updating possible through proprietary software — something currently happening only at Tesla. Are cars actually going to work like telephones? “That is the broad narrative, but  we should always consider that cars are way more complex organisms, with a 14-year average cycle of use, built to perform under the pouring rain  as well as in a 40-degree day”.

And finally, Electric. “A political choice, rather than technological” as stressed by Pellegrini: “in Europe, it has been operated by setting emissions benchmark for 2035 to which only electric motors can comply; the purpose was to pave a new ethical way, and it took shape after the automotive industry lost all of his influence on political authorities after the Dieselgate scandal in 2015”. A localized choice, depending on the sole European market (that is to say 15 million cars out of 90 million being sold globally every year), as it is  also depending on a multiplicity of external conditions that are impossible to control for both national politics and the manufacturing system: the increasing price of energy, the whole supply and production chain being controlled by few players, China first of all.

Manufacturers moreover have to face enormous investments and strategic requests forcing them to consider synergies as a way to face new challenges, like it is already happening in the shared mobility field.
The recent semiconductor shortage which affected the car production worldwide, for instance, is not only related to the general shrinkage of the automotive demand in 2020: its most fundamental reason is in the fact that a car chip has a 14-year average life cycle, while a generic chip for mobile phones or tablets is supposed to last about 2-3 years. The former is therefore no longer profitable for suppliers, who have given the priority to different sectors.

In spite of all difficulties, the electric choice has nonetheless taken off, and this was largely due to the groundbreaking action of some relevant game changers: “Tesla in fact keeps on fascinating everybody, as it has shown that a different way for automotive was possible, it has overturned some rules and principles that had been left untouched for more than 100 years”, Pellegrini says. Although its production remains small, Tesla has an enormous stock value, as a consequence of this pioneering role. Moreover, Tesla still has a leading position in the EV market as it is the only independent brand, having developed its own proprietary software. But this is not going to last for long, as heavy players such as Volkswagen are quickly planning to reach the same achievement, in order to manage their forthcoming full-electric production.

The discourse has so far depicted the automotive market as in perfect health, and we cannot help but wonder if this is still supposed to be a global and long-lasting scenario.
Automotive market — this is the answer — the market of private individual mobility, is not declining at all: the demand is actually increasing. There are entire markets still waiting for the start of their mass motorization — India, South America, Africa will come later — and we got no clue that these motorization waves will be any different from the past one in Western countries, or the current one in China.
We talk a lot about cars being seen nowadays as a commodity, as a service or a consumption good, but if this was the reality, shared mobility should be skyrocketing, at least in cities. The current  situation instead shows this is not the way things are going.

In Pellegrini’s vision, the current scenario can hardly be modified through a localized and extremely expensive solution such as EU-only transition to EVs, still posing many question in terms of ecological footprint, as long as the required energy will not come from renewable sources: “Hazardous choices have been made, but no attention has been paid to the conditions at the start (…) many times we focus on our final goal without noticing where we actually are at, and questions are addressed from prejudicial positions, with no consideration for feasibility and real demand”.

A general reform of our lifestyle, also involving our mobility demand — something that has shown its viability in the last two years — could be way more effective, immediate and easy to realize: the provocation remains open, to remark the challenge awaiting our future cities, the heart of the discussion at the forthcoming domusforum.