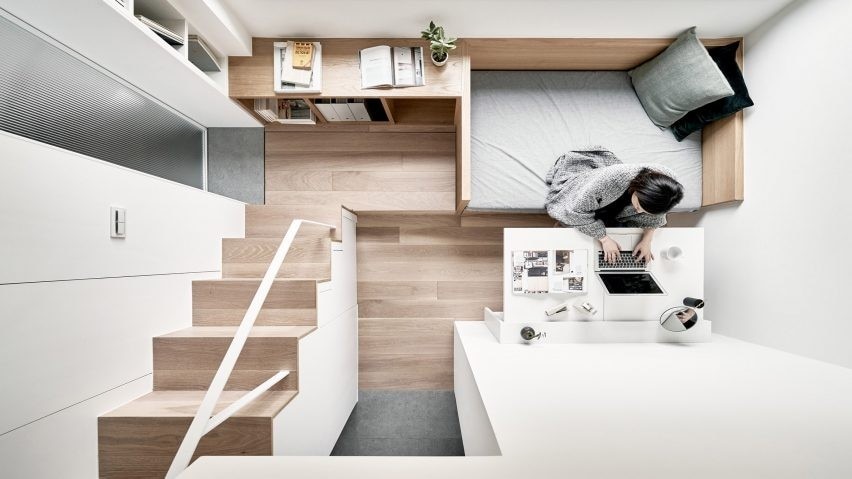 Michael Knight, played by David Hasselhoff, was the main protagonist of Knight Rider, but it’s his co-star, the AI-powered supercar K.I.T.T. (Knight Industries Two Thousand), that really turned the show into a cult phenomenon. Along with a distinct robotic personality, the show creator Glen Larson equipped K.I.T.T. with futuristic features which, in the eighties, looked like the typical sci-fi moonshot. But like all the best sci-fi writers, Larson ended up predicting with stunning accuracy some of the computer-enhanced features that ended up in the cars we are driving 38 years after the show’s inception.

Anamorphic equalizer
One of the most famous features of K.I.T.T. was the light scanner in the car’s front, also known as the Anamorphic Equalizer, which let the car “see” its surroundings with X-Ray or Infrared vision. While no car has yet the capability of X-raying anything, many manufacturers have started implementing infrared sensor systems in their vehicles, already since the early 2000. Lidar and other computer-vision solutions used in autonomous driving prototypes, could also be seen as an upgraded version of K.I.T.T.’s Anamorphic Equalizer.

Collision avoidance and enhanced driving
In self-driving mode, K.I.T.T was able to actively avoid crashing thanks to a collision avoidance system, similar to those we already have in many commercial cars today. Moreover, Michael Knight could drive K.I.T.T. in a semi-autonomous mode, to enhance his human abilities during a car chase. While the goal is not exactly the same, there are already cars on the market with a level 3 automation system that can offer a similar feature.

Hybrid engine
Despite being based on a gas-guzzling Pontiac Trans AM, the fictional K.I.T.T car was actually pretty eco-friendly, as its turbo engines were running on hydrogen.
Hydrogen cars like the Toyota Mirai or the Hyundai Next have been commercially available since a few years. Moreover, K.I.T.T. was able to use other fuels, including petrol, and mixing them all together for better efficiency. In other words, K.I.T.T. was an ante-litteram hybrid car, just like the Toyota Prius.

Read also: Citroën Ami is the Netflix of electric cars

Medical scanner
K.I.T.T. embedded medical scanner were able to quickly assess Michael Knight’s condition as soon as he would access the car. We don’t have something like that in today’s cars just yet, but Ford has already worked on a ECG Heart Monitoring Seat that can measure vital signs through six built-in sensors. Advancement in biometrical sensor will probably make it possible to drive cars that can scan for the driver’s health status in the next three to five years.

Silent mode
K.I.T.T.’s silent mode in the show was achieved in post-production, but it can be seen as a premonition of the advent of silent electrical cars. While K.I.T.T. silent mode was useful to sneak up on enemies, today’s electrical cars have the opposite problem: they need artificial sound to avoid sneaking up on unaware pedestrians and bikers.

Talking to the car
One of K.I.T.T. key features was its ability to talk and interact with humans through its speech synthesis system. The show writers used this feature both for furthering plot lines and to crack cheesy jokes at the expense of female characters that today would never make it past script revision. While we haven’t yet achieved the level of General AI needed to make a car come up with insensitive quips, we do talk to our cars a lot, both through the infotainment system AI voice-command systems, and through solutions like CarPlay or AndroidAuto, that make our smartphones’ voice assistant seamlessly available in our cars.