The “diffused jewel” at the Munich Jewellery Week

Jewellery Week was held in Munich last month, with exhibitions by both artisans and design students dedicated to the art. 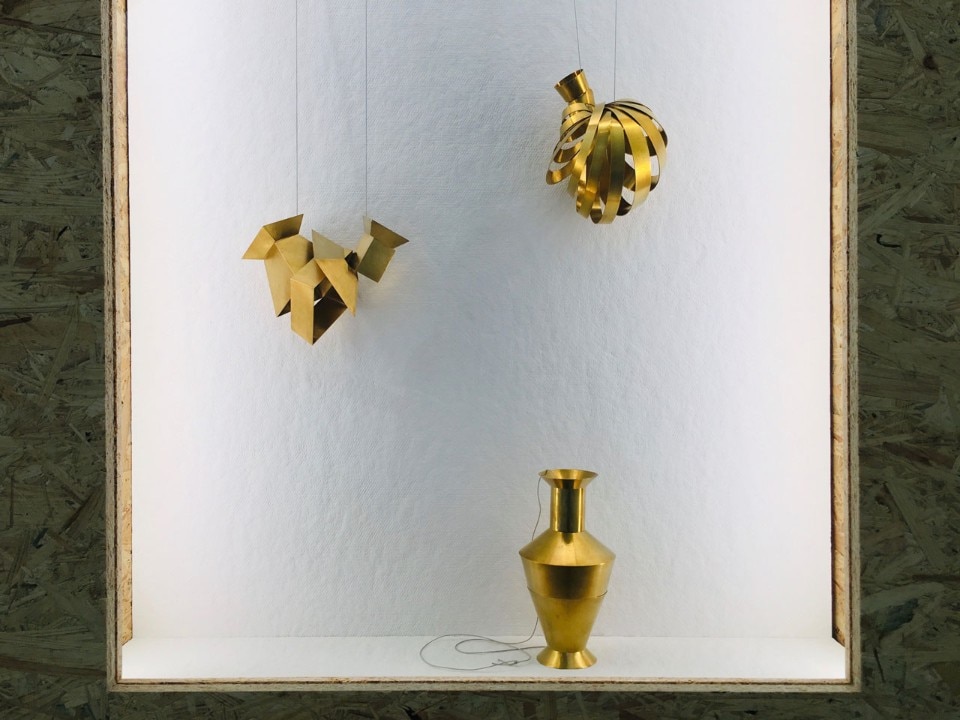 Schmuck, jewellery in German, is the section of the International Craft Fair in Munich dedicated to contemporary jewellery and is celebrating its sixtieth anniversary this year. An exhibition, an award and the presence of some of the most important galleries in the sector have managed to create growing interest in the event.

Thanks to the Dutch initiative by Current Obsession, the last few years have seen the addition of a programme which is open to all and which extends to various districts in the city. A large number of the events are concentrated in a period of one week in mid-March, when dialogues between jewellery designers occupy ephemeral spaces and dedicated galleries.

Numerous schools are present, ranging from Central Saint Martins of London to the China Academy of Art of Hangzhou. Counting the nationalities of the students, collectors, curators, gallery-owners and curious visitors seems almost an impossible task.

Karen Potoppidan, “The one woman”

Shachar Cohen, Alma is selling China on a beach Cancun and I’m buying

Jing Yang, I am not a vase

For two of the most important institutions on the Munich cultural scene, March is also an annual appointment for artistic jewellery. The Danish Karen Pontoppidan (1968) is the focus of the exhibition dedicated to her work “The one-woman group exhibition” at the Villa Stuck museum.

In her work as an artist and a Jewellery professor at the Academy of Fine Arts in Munich, Pontoppidan examines how a form of art which is so heavily conditioned by tradition and aesthetic expectations can react to existential and topical themes. Twenty years of creative liberty and visions which are partially contrasting find form in bodies of work which analyse the relationship between art and applied arts and at times examine sensations of repulsion and impressions of ugliness, which are habitually unappreciated in jewellery.

Despite a deliberately “rough” presentation, her creations harmoniously enter the sumptuous halls of the museum. “KNELL The Gender Bell” is a series of small bells installed over a white bed. Clappers made of horn, walrus penis bone or sculptures of the Mother Goddess interpret social and gender identity as ephemeral, artificial and mobile creations (the exhibition is open until 5 May, when it will move to the RIAN Design Museum in Sweden.)

Invited by the Neue Sammlung – The Design Museum, Karen Pontoppidan will also be curating the exhibition “Schmuckismus” (Jewelleryism) (until 16 June), a neologism which plays with the various isms both past and present, formal language groups which are at times too rigid from both the history of art and politics.

The title is intended as a provocation to encourage a discussion on the potential of jewellery in the social-political context and underline diversity without judging its worth. As the ornament can be worn, it straddles the divide between private and public, but can also be seen as a phenomenon of social status and cultural belonging.

The curator has chosen thirty contemporary artists with works which seek to lead the wearer to ask questions, enter discussions and take a stance. Jewels which refuse the role of self-referential instruments, but which assume concepts, sometimes too many.

The presentation in display cases which are not museum-like, but which are rough, similar to bureaucratic notice-boards, underlines the temporary nature and the vocation for change, promoting alternative voices. At times, the notice-board is the only possible frame for an object that is hard to wear. However, the message come through. The necklace by Katrin Spranger is made of rings of petroleum and polymers which melt on contact with body heat, leading to a reflection on ecology and consumerism.

Among the exhibiting artists is Dana Hakin. A flag which is a union of the Israeli and Palestinian flags; a beautiful jewel to wear as a protective amulet and express a standpoint.

Shachar Cohen designed Alma is selling China on the beach of Cancun and I'm buying, a mass of bracelets made in China and purchased on the Mexican beach becomes a reflection on consumerism.

Jing Yang displayed The jewel is a vase: when worn, it breaks into sections. “I am not a vase” presents a Chinese figure of speech, as “vase” is a way to describe a woman who is beautiful but empty. The roles of gender and the criteria for beauty are rules which need to be renegotiated.

Jasmin Matzakow researches into a material which is present but not part of the Western economic circuit, the stinging nettle. A wearable reflection on processes of power and commercialisation.

Nicola Scholz’s Vogelspinne is an object composed of cast-off spiders’ legs which evokes the form of the animal itself. Despite the knowledge that the empty skin is harmless, a preconceived feeling of disgust is natural, not only for arachnophobes. But who knows, it could be useful for a critical analysis of ones’ own established values.