Gillo Dorfles’s red All Star, the heritage of humanity

With our rock legends’ sneakers on his feet, Gillo – the hundred-year-old professor – came closer to us. His All Star opens our new column “The object of the day”. 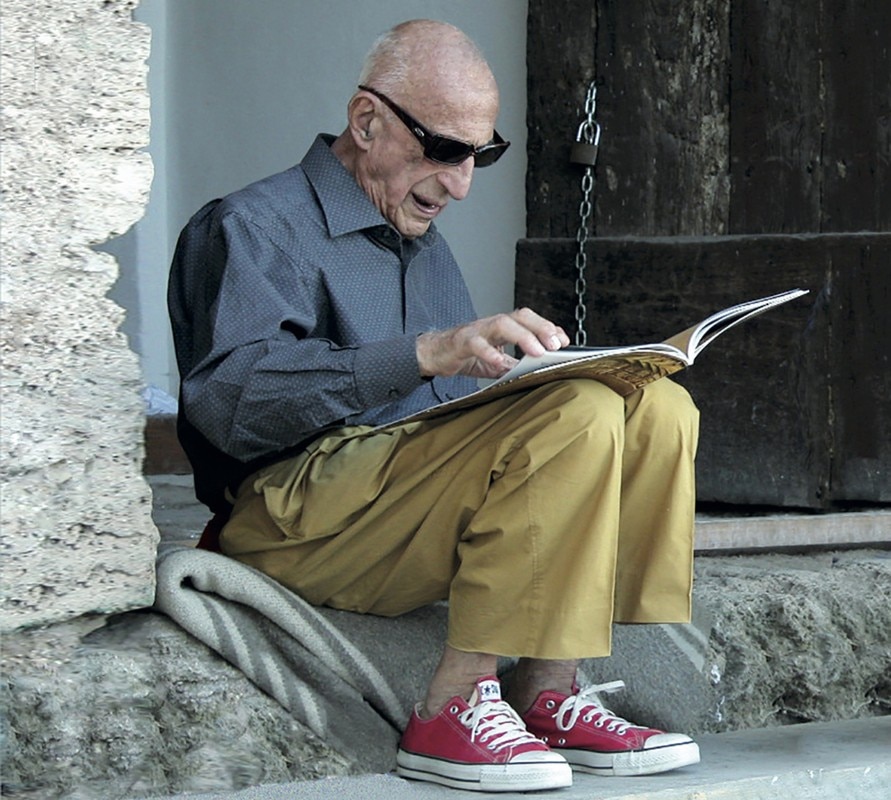 Before Joan Didion in Céline sunglasses, before Iris Apfel’s jewels and, in general, before the third – but also fourth – age became marketing targets, in Italy we had Gillo Dorfles’s All Star. When he died a few days ago, the tributes in the social media were divided between the books that made the history of art criticism and “Gillo Dorfles’s red All Star the heritage of humanity”. While the traditional Glen plaid jacket failed to preserve Gillo’s memory, it was enshrined in a pair of way out sneakers. However much we may have sweated over his books, with the canvas and rubber trainers of our rock legends on his feet, Gillo the professor came a bit closer to us. Whether it was a badge of the brotherhood between people born early last century, we will never know.

After all, Converse launched the All Star in 1917, a couple of years after the firm was founded. It is easier to agree with Lea Vergine: “Gillo never did anything that cost him an effort.” Not even questioning the obvious fact that out of the myriads of sneakers, All Star were the most appropriate style for a fastidious ultra-centenarian. It was the difference between senility and aging by growing younger that marked him and these times of Instagram oldies. In the only photo to portray Gillo wearing the planet’s most popular sneakers, the styling is impeccable. But what melts your heart is his rapt pose while leafing through a catalogue, a spryness that, at the same age, we probably all hope to imitate. And that’s the reason why in a parallel universe, like Céline in this, Converse would have used that photo to sell more shoes.