The Dirty Art Department is a school for rebels

For Domus 1020, the article “Jerszy Seymour. Revolution or bust!” is about the work of the Berlin-based designer. With domusweb.it he looks deeper into some themes related to education. 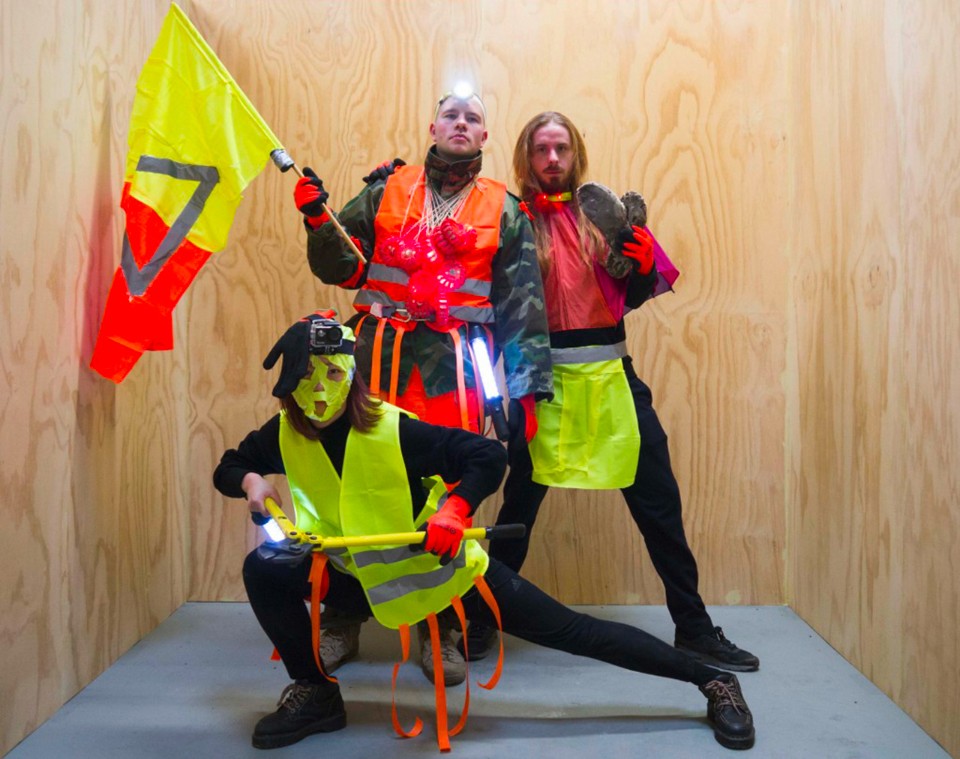 In this month’s issue (Domus 1020), the first directed by Michele De Lucchi and dedicated to rebellion, we discussed Jerszy Seymour, a designer from Berlin whose practice explores the fields of art, political activism and pedagogy. Seymour aims “to create a universal infrastructure based on equality and liberty”. On domusweb.it we’ve investigated some themes related to pedagogy and group projects.

How does the Dirty Art Department work? Can you comment the attached diagram?
The Dirty Art Department was founded six and a half years ago with a group of colleagues – Stephane Barbier Bouvet, Clemence Seilles and Catherine Geel – as a reaction to the social and political situation and to save the subject of both physical and mental world building from the jaws of a rabid neo liberal capitalism.

From its onset it could see itself as a sort of temporary autonomous zone, or even better a permanent, permeable and transformable autonomous zone. Its landing or even squatting of the Sandberg Instituut – Rietveld Academy with its modernist roots could be seen as a conscious decision to overlay the idea of wandering (from derive to the vandals) and rationalist platforms, and its reactive situation based programless core, as a post-pedagogic pedagogy. For the Dirty Art Department, it is fundamental that the school is a place that should not be controlled, that should allow all ideas to be expressed, discussed and developed, and that has the right to consider the creation of a new world in serious terms.

The true radicality today is to know what to do with the brick after it has been thrown, i.e. to go from reaction to creation.

The core of the department is to support, develop and empower the singular practices of individuals as a general process and specifically through a kind of mind mapping workshop repeated every year called Punctum Remotum, Punctum Proximum, Punctum. Coming from a theory of photography from Roland Barthes, it allows an individual to deconstruct their practices, map out and reorganise what is closest and furthest in focus in the world on their interests and concerns, and to finally to bring back together the elements they want in a gesture by the end of the week in a presentation where everybody presents and discusses with the group. The basis for any healthy collectivity or society is informed, emancipated and empowered individuals who can talk together. Subsequent lectures and workshops as well as the “flow of world energy” bring up social issues which individuals take on board or reject as they wish and the arrival of certain contexts as simple as making an exhibition and a trip, or that of a lack of housing or meeting the Macao community create the basis for collective action.

Following the principles of the Ignorant Schoolmaster by Jacques Rancière, how much is it important for you to learn from your students?
Perhaps what is the interesting thing to consider is that the Dirty Art Department can act collectively as its own emancipated, egalitarian and activist tutor mentor (from The Adventures of Telemachus) and as the unengaged, non-teaching teacher with no assumed morality (from The Ignorant Schoolmaster). Practically the program is built by the tutor team in discussion with students, examination criteria have no judgement on ideology or morality and are in themselves open to being abolished, and the tutor team, Saadane Afif, Daniel Dewar, Florence Parot, Noam Toran, Erasmus Scherjon and Catherine Somze and the many guests we invite have many contrasting viewpoints (as do the students). That means everybody learns from everybody whilst in the ebbs and flows it seems the Dirty Art Department holds quite some anarcho-socialist tenedencies.

Tell us about your experience at Macao in Milan.
We met the Macao community in 2015 and immediately the idea of the “Wandering School” was developed as a way for the department to present itself on a meta level underpinned by the socio political position of the Macao community. The result was a living social sculpture where in a five week period all elements for twenty five people to live eat, sleep and work, including installing showers and a kitchen, were produced and subsequently a sixteen day public program to exhaustion (modelled on the dramatology of They shoot horse don’t they? ) including sixteen daily solo shows, the archive for epistemic collapse, temporary guest lodging, multiple performances of Le Trois Gros, a seminar on the future of education and the Morning Love Rave, where presented as a form of giving and sharing knowledge.

This year we will co-produce with Macao and the Athens Fine Art School “The Wandering School Part 2: Revolution or Bust!” a real trip this time, in an attempt to create contemporary rituals for the creation of the new world, it will begin by meeting with Franco Beradi as the Oracle of Delphi. You could say we are now brothers and sisters of the Macao community.

The main theme of our latest issue is “rebellion”, but director Michele De Lucchi stated that ours is a “controlled rebellion”. Between autonomy and institutional, what’s the Dirty Art Department position? Is it possible nowadays to stay radical?
If the goal is a future based on equality, liberty and, why not? happiness! then the revolution must be taken seriously and with sensitivity and must eventually include “the others”. The true radicality today is to know what to do with the brick after it has been thrown, i.e. to go from reaction to creation, and I think that Macao and the Dirty Art Department in their different ways share the desire to create this space. The economic world is dominated by work and property as the mechanisms to producing capital, and while the illegal occupation of buildings stands as a beacon in the discussion for the creation of a fair property rights, in the face of Macao's practical concerns (i.e. being cut off from water and electricity) buying the building to take it off of the market and creating a legal bubble that allows them to retain their autonomy in the face of the status quo can offer them the same position whilst giving them the opportunity to develop and concentrate on the bigger issues, i.e. how to create an infrastructure and hegemony for the future we look for.

What’s the relationship between the Dirty Art Department and the Jerszy Seymour Design Workshop?
Sometimes we meet on the dance floor