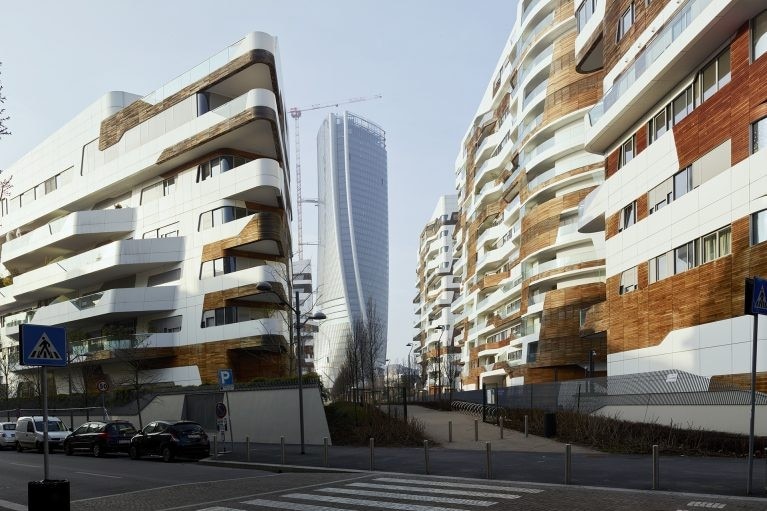 CityLife is a redevelopment project for Milan’s historical trade-fair district – the Fiera Campionaria di Milano – which covers a total area of about 255,000 square metres.

Begun in 2003, the area’s redevelopment has seen the creation of a new district, characterised by a large central area with various residential plots arranged around it. These include the seven buildings of the Hadid Residences situated on the southeast side, which are each different from the other and have heights of five to thirteen floors. The eight buildings of the Libeskind Residences, meanwhile, are located on the southwest side with heights ranging from four to thirteen floors.

Three towers with a strong visual impact stand around the central square. Dedicated to offices, they also include a retail area at their base. One of these high-rises is the Allianz Tower by Arata Isozaki (2016), stretching up 207 metres with 50 office floors. It is distinguished by its facade composed of a gently convex double-glazed skin. Another of the buildings is the Generali Tower by Zaha Hadid (2017). With 44 floors and a height of 175 metres, its unique design features a dynamic twisting movement as the building rises upwards. The third tower, still under construction, will carry the name of Daniel Libeskind. Standing 173 metres tall, it will be characterised by a highly iconic curved shape.

Other architectures in Milan