The tallest building in Europe is a shard-shaped tower, adding to a genealogy of ethereal and hyper-technological skyscrapers designed by Renzo Piano in the last 20 years. 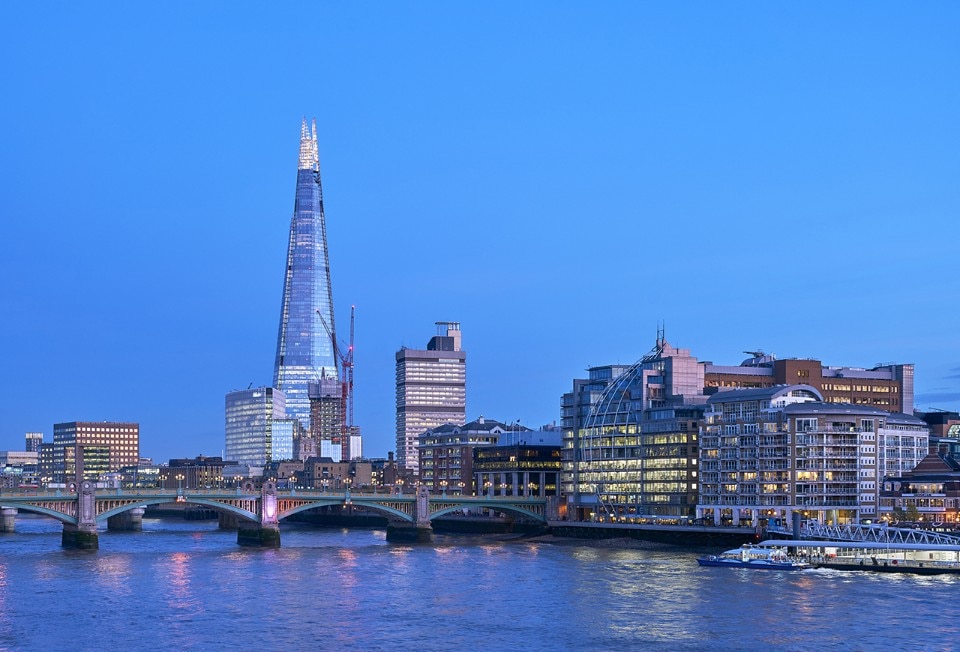 “The Shard”, that is the common denomination of the London Bridge Tower by  RPBW Renzo Piano Building Workshop, is one of the major landmarks of London’s transformations in the years 2000. While it is the work of a private promoter, its realization is framed more largely in the urban vision for the British capital by then Labour mayor Ken Livingstone. “The Shard” represents its most sensational outcome, and the most substantial in terms of volume, but it also embodies its most contradictory outcomes.

On the one hand, the building’s position, right next to London Bridge railway station, is consistent with Livingstone’s program to encouraging high-density development at key transport nodes. And in fact the same station is refurbished at the same time as the construction of “The Shard”, and at the expenses of its promoter. At the same time, his realization is the core and the driver of a larger operation of urban regeneration and real estate speculation of the Southwark neighborhood. Its controversial results, on the architectural, urban and social plan, are similar to many other areas in East London, and have become clear over the last decade.

Read also: One night on November 2011, two hooded young men — Bradley L. Garrett and Marc Explo — slipped through security surveillance to reach the top of the Shard. Contrary to what one might think, they were not vandals. Bradley L. Garrett, a PhD in cultural geography and researcher at the University of London, retraces his climb up Europe's tallest skyscraper and reflects on the importance of urban exploration.

In Renzo Piano’s career “The Shard” is the first project to be activated amongst the many skyscrapers that he has dedicated himself to starting from the years 2000. It was followed closely by the New York Times Building in New York (2004-2007), the Intesa Sanpaolo Office Building in Turin (2011-2015), and more recently by the high-rise for Paris Courthouse (2011-2017). All these architectures share a common feature: rather than compact and massive solids, they are conceived as voids, structured by the superposition of slabs and enveloped in the two-dimensional screens of their façades.

While in New York, Turin and Paris Piano adopts the elementary shape of a rectangular block, either a single one in the first two cases or a composition of several blocks for Paris, “The Shard” marks a point of discontinuity in his research on the geometries of the skyscraper. In this specific case the void is enclosed by eight “shards” (the origin of the building’s name), that are surfaces laid out at different angles, and all converging at its top. They combine in a multifaceted and particularly tapering shape, which mitigates the complex’s visual impact and, thanks to its progressive thinning, allows to fully exploit the constructible volumes determined by the building code. In this respect, Piano’s experimentation closely recalls Hugh Ferriss’s legendary visions for Manhattan from the 1920s, collected in the famous volume The Metropolis of Tomorrow (1929).

The different surface of each slab, decreasing while moving upwards, orientated the distribution of the different programs within the building. The shard is a multifunctional complex hosting offices on its lower floors, a hotel and a system of multiple height public spaces on its intermediate floors and private apartments on the upper floors. Its pinnacle is occupied by a public viewing gallery, overlooking London from 240 meters above street level. The variety of its programs allows, at least in theory, it functioning 24 hours a day.

Also in the case of “The Shard”, as for other skyscrapers by Piano, elevations are conceived as complex and highly technological surfaces, acquiring a third dimension in order to host the devices that improve the building’s internal comfort and energy saving capacities. Here they are configured as double-skin, naturally ventilated façades, with internal blinds that respond automatically to changes in the level of natural light that they received. So called “fractures” separating each shard add to these elements, ensuring the natural ventilation of common spaces.

Read also: Speaking from his vibrant studio overlooking the Ligurian Sea, Piano provides an insight into his passion for construction and loyal collaborations, which are among the defining characteristics of his timeless practice.

With its 310 meters, “The Shard” is currently the tallest building in London, in the United Kingdom and in the entire European continent. It is undoubtedly a recognizable architecture, and yet a fundamentally aniconic one, aiming at blending with the skyline rather than at standing out from it. It is not by chance if one of its most famous images, often employed in order to promote its qualities, show its spire fading into the London sky’s fog or clouds. The simplicity of its language and its fundamental evanescence make it a consistent episode in the sequence of Piano’s skyscraper, distant from the whimsical and flashy aesthetics of many contemporary tall buildings. Piano designs ethereal towers, that through their stressed transparency, and sometimes through their snow-white nuances, try to offset the physical and visual footprint that they impose on their urban landscapes.