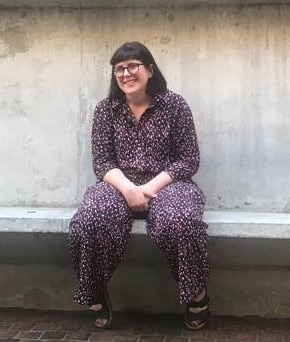 Laura Mark is an award-winning architecture critic, curator and designer based in London. She is the Keeper of Walmer Yard and runs the Baylight Foundation, where she curates a number of cultural programmes and projects. She is a Visiting Lecturer in the BArch programme at the Birmingham School of Architecture and Design.

Trained as an architect, Laura spent five years in architectural practice before joining the editorial team of the Architects’ Journal. She went on to become the magazine’s Digital Editor and later its Architecture Editor, looking after every aspect of its coverage. During her time at the magazine, Laura won numerous awards for her work including IBP’s Multi-Media Journalist of the Year in both 2015 and 2016. She has directed a number of films including the documentary Zaha: An Architecture Legacy (2017) which has been shown at festivals in London, Milan, New York and Miami.

Laura has judged a number of high-profile architectural competitions and awards, including RIBA/Grand Designs House of the Year, Royal Academy Turkishceramics Grand Prize for Architecture and the World Architecture Festival. She is a member of MUSARC, a choral collective exploring issues around architecture and the city through music and performance.