From present-day history to the chronicle of a saint: Benedict of Nursia, a man who brought two great religions together and who knew how to interpret, through his rule, a true principle of peace. 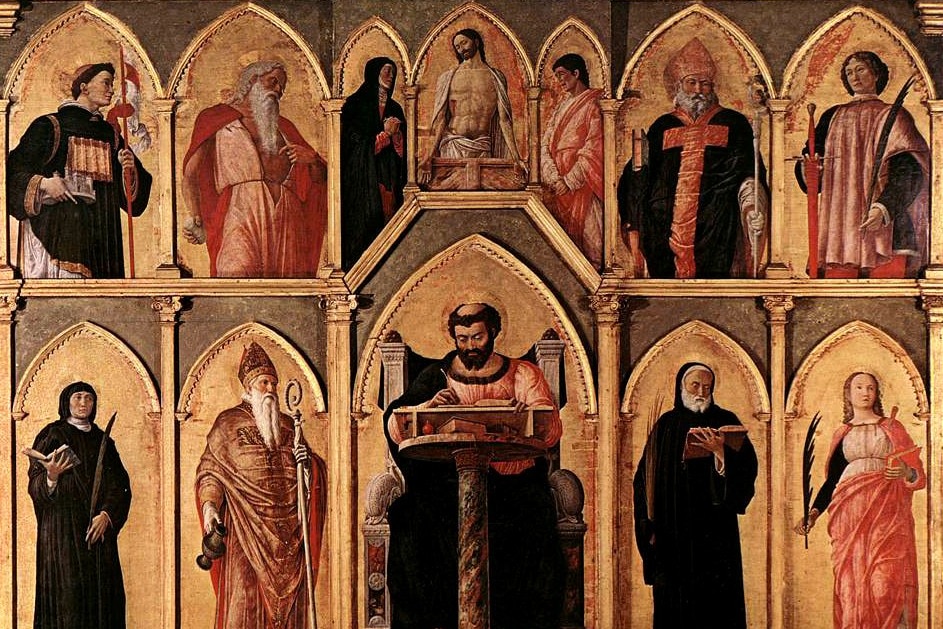 Saint Benedict of Nursia was a key figure in uniting Catholic and Orthodox cultures. He was a visionary, a man who professed peace by translating the word of God into a truly revolutionary act. The monk and founder of the Benedictine Order was proclaimed the patron Saint of Europe in 1964 by Pope Paul VI. He was born in Norcia in 480 into a Roman family, the gens Anicia.

It was in the Umbrian town of Norcia that Benedict spent his childhood. Then, at twelve years old, he moved to Rome together with his sister Scholastica to finish his studies.

Saint Gregory the Great wrote: “He drew back his foot, but new-set in the world, lest, in the search of human knowledge, he might also fall into the same dangerous precipice. Contemning therefore learning and studies and abandoning his father’s house and goods, he desired only to please God in a virtuous life”. In those years, Rome was an immoral city. Money, power and the life of nobility influenced Saint Benedict, who thus decided to leave the city, taking refuge first in a small town in the Aniene valley, then in Vicovaro and finally in Subiaco, where he decided to settle and build his house among the ancient remains of a Neronian villa in an isolated cave. Patron saint of architects, engineers and speleologists, Benedict was the emblem of peace, of union, a saint recognised by Russian Orthodox and European Catholics.

“We should ask to what extremes medieval people might have been carried if that great gentle voice had not spoken at the outset of this period”, said the historian Jacques Le Goff. Father of western monasticism, Benedict and his Rule (“Ora et Labora”, that is, Pray and Work) still represent a principle of bliss, of conciliation between the peoples of the two greatest religions. Benedict built centres of prayer, of culture, but above all of hospitality. His idea of peace and faith was built on higher concepts than those of the time, when even religion suffered from general debauchery. The church represented power and money, but above all war.

In Saint Luke Polyptych, a work on display in the Brera Art Gallery, Andrea Mantegna depicts the Saint to the right of Saint Luke. A dark habit, the book of the Rule in his hands and a bundle of rods indicate the rules of the order. A golden background surrounds the figure. This serene, proud man, his beard not too long and well-groomed, is busy reading and meditating on what he reads.

Unlike all the other characters surrounding the central figure of Saint Luke, who is writing the Gospel, Saint Benedict is the only one focused on and not distracted by the scene. The other saints seem to interact with the spectator or Christ. He does not. Benedict is focused, motionless at the right of the main saint, a reference not to be underestimated, as “the right” is the place of Christ next to God and Mantegna emphasises his importance in this way.

Today, in such a delicate and worrying historical moment, the figure of Saint Benedict of Nursia appears to us even more as an element of peace, union and brotherhood.

“This message of mine is for you, then, if you are ready to give up your own will, once and for all, and armed with the strong and noble weapons of obedience to do battle for the true King, Christ the Lord”. (Saint Benedict of Nursia, Prologue of the Rule).