Like that of many Russian intellectuals, the life path of Marc Chagall, the great artist who found himself when he moved to France, was poised between two worlds – the love for his motherland and the freedom that could only be found in Europe. 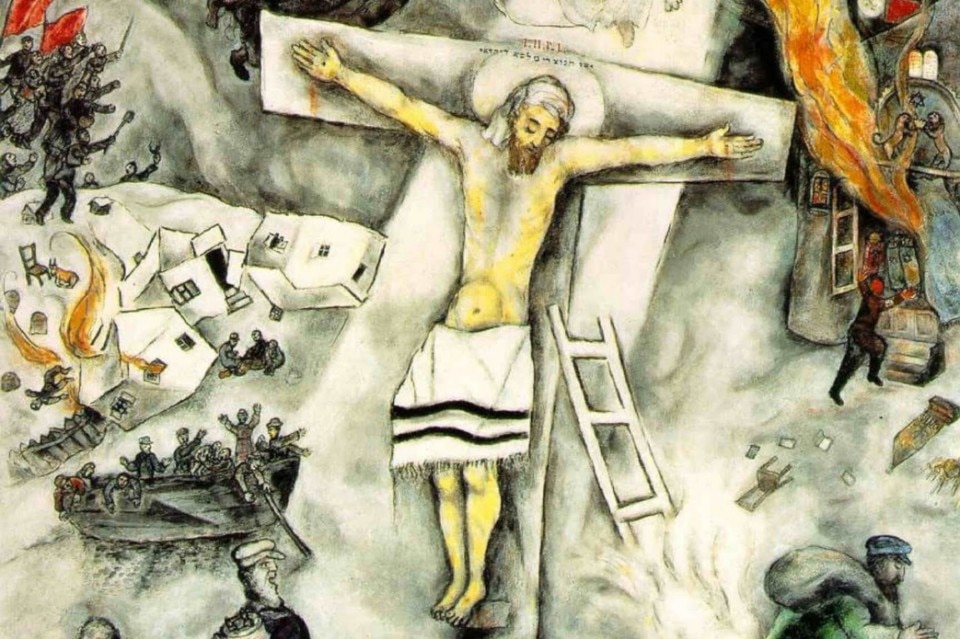 “In Russia there is an emigration of intelligence: émigrés cross the frontier in order to read and to write good books. But in doing so they contribute to making their fatherland, abandoned by spirit, into the gaping jaws of Asia that would like to swallow our little Europe”, wrote Friedrich Nietzsche.

There is a cultural difference between the eastern and western worlds, said Federico Chabod, a well-known historian who studied in the culturally vibrant city of Turin. The division between Europe and Asia is the history of a sense, a vision, customs and above all political organisation. Europe describes a spirit of freedom that is contrary to Asian despotism and finds its foundation above all in the legal system that, as Herodotus also said, is based on living according to the laws that are never bound to the arbitrariness of a despot – a concept of ‘libertas’ that the Latins cherished greatly. This division between Europe and Asia runs along the great hard Russian plain, where Europe fades into Asia and Asia recedes from Europe.

Russia has a deep European soul, as demonstrated by Pushkin, Dostoevsky and Chagall, but at the same time, it preserves a different, magical tradition where, however, the current political regime is still undeniably geared toward despotism.

Intellectuals of various kinds have always emigrated to Europe, far from a cultural and political system where authoritarianism has been the protagonist, in one way or another, for some time now. The Russian system is far removed from the principle of European intellectual freedom – a freedom that is based on forms, words and thoughts that need to be conceived without barriers or laws that can define it.

“My Russia will love me too”, wrote Marc Chagall, or rather Mark Zacharovič Šagal. Born in Vitebsk, in present-day Belarus, in 1887 to a modest Jewish family, young 20-years-old Chagall arrived in St Petersburg to study at the Russian Academy of Fine Arts. He soon became commissar of visual art for the country for the Soviet government but was later sent to Moscow due to disagreements with Suprematist artists.

However, in 1923, two years after his first visit, he returned to Paris, a magical city for the artist, which inspired him and shaped him to the point of establishing himself on the European cultural scene. From there he had to flee again because of the Nazis and the racial laws, which drove him to the United States to seek refuge. Chagall left America in 1950 to move permanently to the countryside of Provence, to his beloved Saint-Paul de Vence, where he died in 1985.

Russia remained for Chagall a rich territory with which he established a platonic relationship, a painful and often disappointing love, a strong and passionate bond that he translated into his painting through a kind of poetic realism. He drew on the Russian fairytale tradition in a clear and delineated manner, creating a perfect, dreamy expressive syntax that blends the Jewish and Christian Orthodox tradition with the more European one, allowing his own unique and sophisticated intellectual and spiritual style to come together.

To some extent, Russia was the custodian of Chagall’s art, a repository of personal memory, as proved by the decoration of the Jewish Theatre in Moscow. However, he left his homeland to the prevailing socialist realism with which he did not agree.

“I brought my objects with me from Russia. Paris shed its light on them”. And in these few words, Chagall sums up his and Russia’s story.