Kirill Savchenkov, architect of all too real role-playing games

Born in 1987, the Russian artist tells the cruelty of geopolitical scenarios through games, balancing the visions and traumas of his generation, and the natural human instinct for cooperation. We met him. 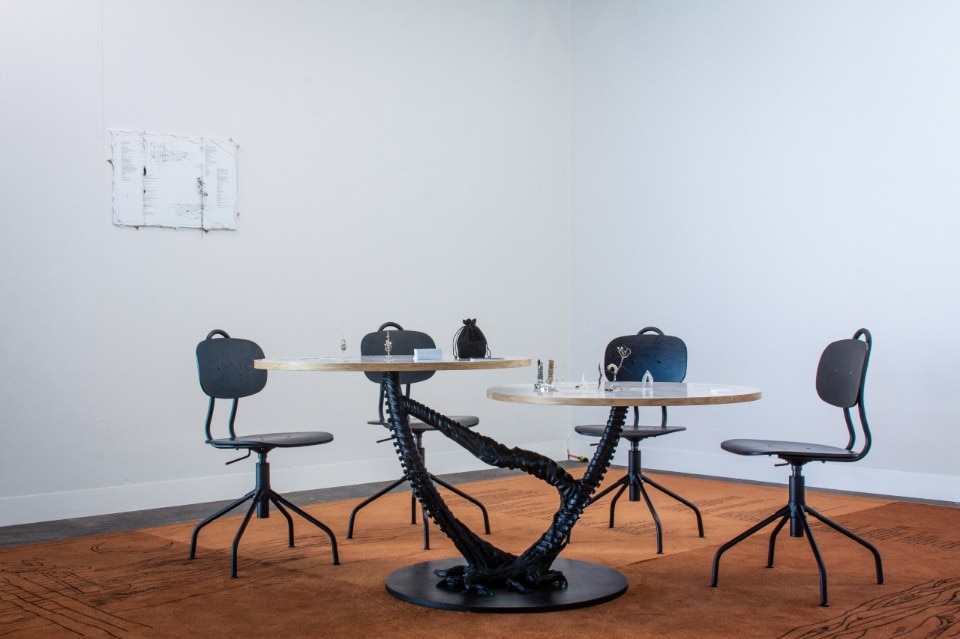 The gamification that today induces us to spend a few extra hours taking care of our social profiles, or that pushes us to work overtime to finish a job in the best possible way, making us excellent and competitive, is the dark degeneration of something useful and powerful: the discovery that we human beings – as many have attested and as Roberta Michnick Golinkoff also tells in her Einstein Never Used Flashcards – really love to play. And not only that. From an early age, playing helps us make sense of the world and life, understand emotions and social relationships.

A young Russian artist is trying to recover the ancient power of games, and especially role-playing games, to trigger healing processes and educate us to cooperation. Born in 1987 in Moscow, Kirill Savchenkov is currently preparing his exhibition at the Venice Biennial 2022, where he will be represented by the Osnova gallery as a guest of the Russian Pavilion.

In his works, he brings back visions and traumas experienced personally and by his generation. On the one hand, the feeling of being exposed to ongoing violence through a technology that turns out to be much less neutral than it seems, while the media become weapons in the service of an underground autocratic government in continuous operation. On the other, the desire to collaborate with one’s own fellows and the awareness that this will require a long process of healing, through play, poetry, sharing

The artist acknowledges that: “This new social, political and economic regime has its metabolism which consists of the exchange and digestion of objects and materials.” For this reason the game, entirely designed by Kirill Savchenkov employs “objects that were left behind, or got deformed or distorted their functions. Objects that can be viewed as the witnesses of this neo-reactionary storm.”

The artist acknowledges that: “This new social, political and economic regime has its metabolism which consists of the exchange and digestion of objects and materials.” For this reason the game, entirely designed by Kirill Savchenkov employs “objects that were left behind, or got deformed or distorted their functions. Objects that can be viewed as the witnesses of this neo-reactionary storm.”

At Liste, a satellite fair of Art Fair Basel, dedicated to new discoveries in contemporary art, Savchenkov brought Fireworks and Gunpowder, a work that best illustrates his ability to use a wide variety of media at will, from sculpture, material and sound installations to performances or activities of meditation and participatory exploration. Fireworks and Gunpowder is a tabletop role-playing game, designed and engineered by the artist, in the footsteps of the games created and used by the CIA to prepare its agents to face complex challenges, such as Kingpin: The Hunt for El Chapo, Collection, and Collection Deck, recently made public thanks to the “Freedom of Information Act”, and which in turn inspired the famous game Pandemic, where players work together to eradicate four deadly diseases that have broken out in various areas of the world.

As for the games mentioned above, Fireworks and Gunpowder has the distinction of being a cooperative board game: players do not fight each other but work together to solve complex crisis situations, guided by a game master, through a series of difficulties and questions posed by the playing cards. Ancient and modern scenarios have been chosen as “instances of media used as a weapon”. One of the most modern and complex scenarios, which Kirill likes to dwell on, perhaps because he has experienced it first-hand, is the “distribution of power and deployment of propaganda in the context of informational autocracies” or so-called hybrid regimes.

Read also: Squid Game: gamification as design of the society

The strategic alternation of media operations and violence, between electoral democracy and autocracy, which characterizes hybrid regimes such as those currently existing in Russia, China, or the Philippines, makes the villain of the game a shadowy, ambiguous enemy, very difficult to identify. If, as Savchenkov says, “contemporary hybrid regimes are tuned to employ 80% of propaganda and only 20% of direct violence”, what he expects, and what we should train against by playing, is an even more confusing scenario, “60% of propaganda, 10% of direct violence, and 30% of poisoning content”. Poisoning content represents the increasingly ambiguous (disruptive is the marketing term) side of propaganda, whether it is memes, fake news or troll farms, the strategy behind it is the same: using technology to build a media means capable of appealing to the emotionality of the citizen and the user. A striking example of such a strategy is the OCEAN method followed by Cambridge Analytica, which targeted “typical” psychological profiles based precisely on their emotional attitudes (Openness, Conscientiousness, Extroversion, Agreeableness for cooperativeness and tolerance, Neuroticism for ease of getting angry). But there are many others, from the entryism of think tanks and spin doctors in established religious or subcultural communities, to the semi-conscious ideological campaigns brought about in friendship networks, or the forms of affective loyalty to brands, all enhanced by the media thoroughness of social media.

In his five-channel sound installation Then a Kiss Is Not a Kiss (2019), exhibited at V-A-C Zattere, Kirill seeks to create an environment for the rehabilitation of victims traumatised by the media war, and who today suffer from depression, anxiety and the dysphoria, such as the Russian anti-fascist organisation “The Network” for years persecuted by the Putin government, or the numerous victims of the cyberbullying by the team of Rodrigo Duerte, currently president of the Republic of the Philippines, during his election campaign, in 2016.

In a present in which technology becomes a weapon in the hands of a few, with devastating and traumatic consequences for many, for Kirill the artist has two options today: to pursue his art “as a parable, fiction that unfolds the immaterial aspects of the technological impact, and the emotional imprint of social relations” or – as happens in his performative training work The Elsewhere Logistics, exhibited in Leipzig in the D21 Kunstraum and at MMOMA (Moscow) in 2018 – to employ “acoustic, performative, and material agents” to provoke a dynamic of agentivity in his own work and in those who participate in it, training us in the “neuroplasticity” and “neuro-sensibility” required to escape violence and media manipulation.

Read also: Architecture of the Institution: the Russian Pavilion between physical and digital

Going back to Fireworks and Gunpowder, in order to emerge victorious from this adventure and media crisis, the players, following Kirill, will have to equip themselves with an “understanding of the nature and protocols of media” and a strategic cooperation that imitates the “temporary syndicates, assembled and disassembled for a specific task”, similar to that which characterised “the revolutionary underground defined itself in the late 19th-early 20th century in Russia”. One can imagine that it is not exactly easy for a gallery located in Moscow, as Osnova is, to choose not only to host within its walls, but also to bring first to Liste and then to Venice Kirill Savchenkov, architect of all too real role-playing games.

Kirill is currently collaborating with Alexandra Sukhareva on something new that will be exhibited in the Russian Pavilion at the Biennale. About the work “which will of course combine the approaches Alexandra and I use in our practice individually, within the shared narrative”, he cannot reveal more for now.