One of the greatest exponents of English landscape painting, John Constable's works are animated by bucolic and idyllic scenery of the countryside. His paintings transport us on a journey into the very spirit of nature. 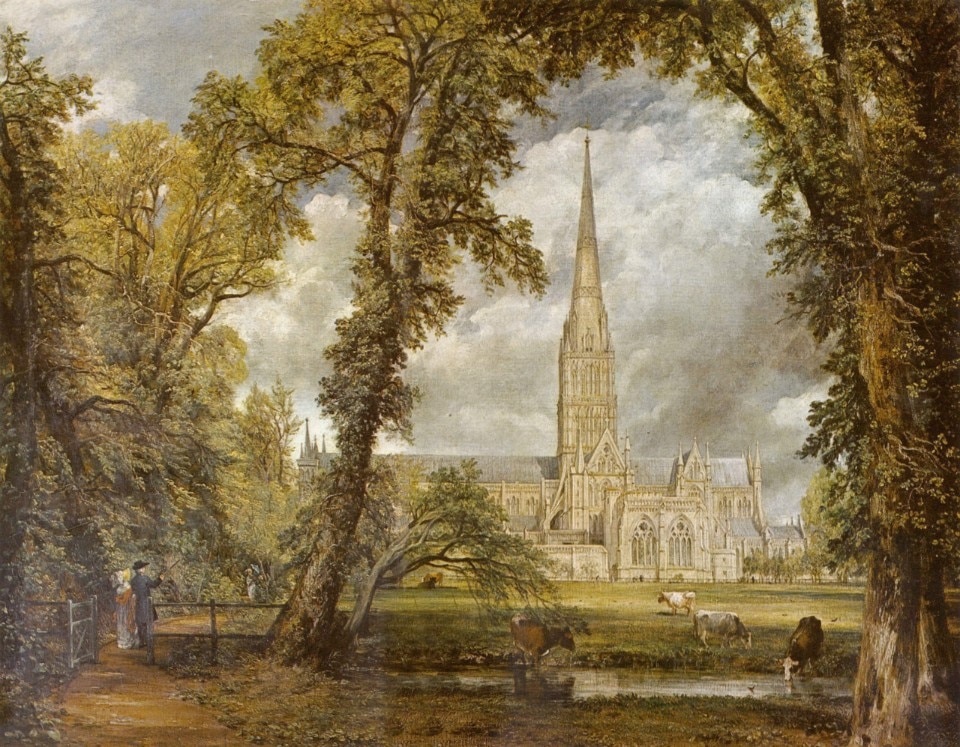 John Constable, one of the most prominent exponents of English romantic vedutismo, was born on 11 June 1776. After gaining broad experience at the Royal Academy, the artist started painting his first major works in the early 19th century. His favourite subjects were sketches of en plein air landscapes, and the countryside of Dedham and the banks of the River Stour were represented in his oil paintings. These were the places of his childhood, which he never abandoned during his painting career. It was through these places that he began to move away from the models he had learnt during his academic years, carefully observing natural phenomena. The sparkle of the sun was created by a rough and vigorous brushstroke, as were the movements of the clouds or the violence of the storms. He abandoned all traditional methods of shading, making his works appear incomplete, almost abstract in the eyes of his contemporaries. Only Heinrich Füssli praised his fresh approach: “I like the landscapes of Constable; they are always picturesque, of a fine colour, and the light is always in the right places; but he makes me call for my greatcoat and umbrella.”

For his most ambitious works, which he called six-footers, he adopted the unusual technique of making a sketch the size of the final painting. Like this, the work was already looking for its final form, it was a search for the perfection of nature which, since it’s always changing, is essentially imperfect by definition.
The artist chose particular atmospheric conditions such as sunsets, moonlight, storms, and swells, or natural locations for their spectacularity: cliffs, ravines, forests populated by striking trees and high peaks. Constable’s landscapes are characterised by a more intimate and private, less turbulent nature, unlike that of his contemporary Wiliam Turner. The Victoria & Albert Museum in London holds the largest collection of the artist’s work, much of which was donated by the painter’s daughter. However, one work, perhaps the best known of all, is housed in the National Gallery: The Hay Wain.

Painting is a science and it should be pursued as an inquiry into the laws of nature.

It depicts a portion of the English countryside with a farmer driving a farm wagon. The weather suddenly changes, bursting over the tranquility of life and work. The water reflects the green of the vegetation, the grove of trees behind the house creates a natural backdrop of dark tones making the houses in front of the trees stand out. The upper part of the painting features a sky full of clouds. A few touches of blue can be spotted among the greyish white of the clouds. The light is natural and reflected by the large white clouds, acting as powerful reflectors that distribute the white light over the whole scene.

The painting unfolds horizontally, as typical for landscape paintings. The stream meander creates a compositional curve on the left, which leads the eye into the depth of the painting. The movement is supported by the illuminated meadow. The clouds seem to move from left to right, in line with the parabola created by the landscape. This movement produces some kind of emotional participation on the part of the observer, a real vision. It’s almost possible to perceive the wind and the cool atmosphere full of tension that anticipates a summer storm.

Read also: “The milk of dreams” will be the theme of the Art Venice Biennale 2022

“Painting is a science” affirmed Constable in The history of landscape painting, “and should be pursued as an inquiry into the laws of nature. Why then may not landscape painting be considered as a branch of natural philosophy, of which pictures are but the experiments?”.