Paradise does not exist and perhaps has never existed

That which is to come is just a promise presented at Cannes is the latest work by Flatform, a duo of artists who for the last ten years have been producing videos and films. 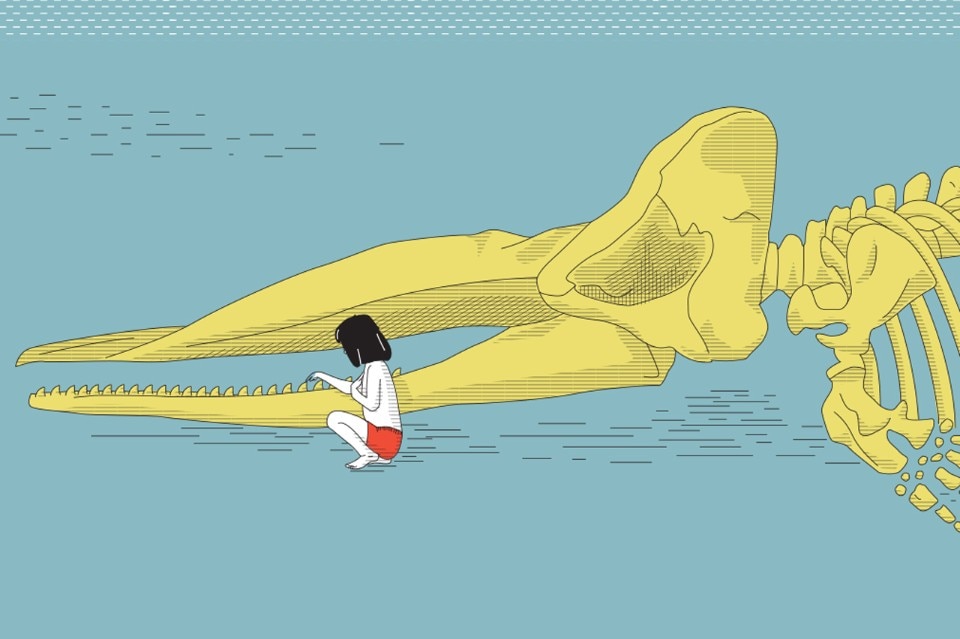 The promise of the title takes place in the film, and concerns the probable disappearance of Tuvalu, a microscopic state in the middle of the Pacific Ocean, due to climate change. The small state, with a population just slightly larger that of the Vatican, is an archipelago made up of nine islands and atolls that rise to a height of only 4.5 metres above sea level.

As with Flatform’s previous works, the film has a fairly slow pace and a wordless narrative. The absence of dialogue and a rhythm set out in “frames” is the result of the attitude of the duo, despite the fact that it is – almost – a sequence long shot. Other important characteristics are the involvement of the people who inhabit the places included in the film. Their actors are not professionals, but they behave like performers. Here the actions are reduced to a minimum, dictated by a form of daily life that sits between the conditions of dry land and the saltwater that filters up from below and the ever-higher tides. Suspended between one condition and the other, the men and women that inhabit this archipelago live an absurd situation.

Although cinema is by nature the result of a collective effort, the involvement of the inhabitants of a place is a characteristic of Public Art in the wider sense of the term. The work of Flatform lies somewhere between the arts, between cinema and visual arts, and it is only with this knowledge that it becomes intelligible – it is no coincidence that the Italian debut will take place as part of the “Lo schermo dell’arte” festival in Florence.

Yet Funafuti, the atoll where the film was shot, is anything but paradise. Its inhabitants are certainly not responsible for climate change, but they have been profoundly changed by modernity. A certain sense of squalor emerges from the images of the habitats. They are no longer the huts of Gauguin’s Polynesia or even those from adverts for exotic tourist “paradises”, with light-blue waters and palms, but houses of brick and sheet metal, the ever-present plastic bottles floating on the surface, a significant number of obese people and a substantial level of poverty accentuated by the ever-increasing difficulty in farming due to the salt water that saturates the land. Thus the people depend on imported food, which needs to be transported and stored, and which is far from that of “paradise”.

There are also ancient songs in the film, the words of another story, those of different times and ways of life, just a few seconds mid-film, and then at the end. These songs are the assertion of the history of this small population, of its inhabiting of these lands, and of a story that will come to an end forever after thousands of years. The Tuvaluans are already well aware of this, and emigration is ever more frequent. The sea will reclaim these patches of land, and the people will go elsewhere. The fact is that there could be billions of us needing to go elsewhere, and I don’t know if the delicacy that Flatform has used to tell this story will be used again.