In Austria, at Kunsthaus Bregenz, Belgian artist turns the museum into an unnatural landscape, disintegrating space and time. 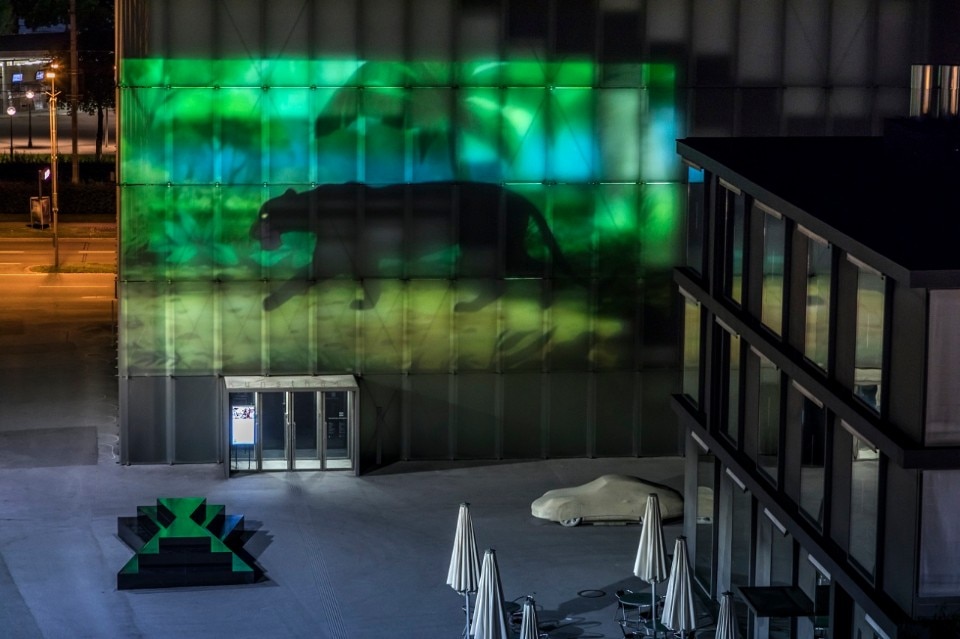 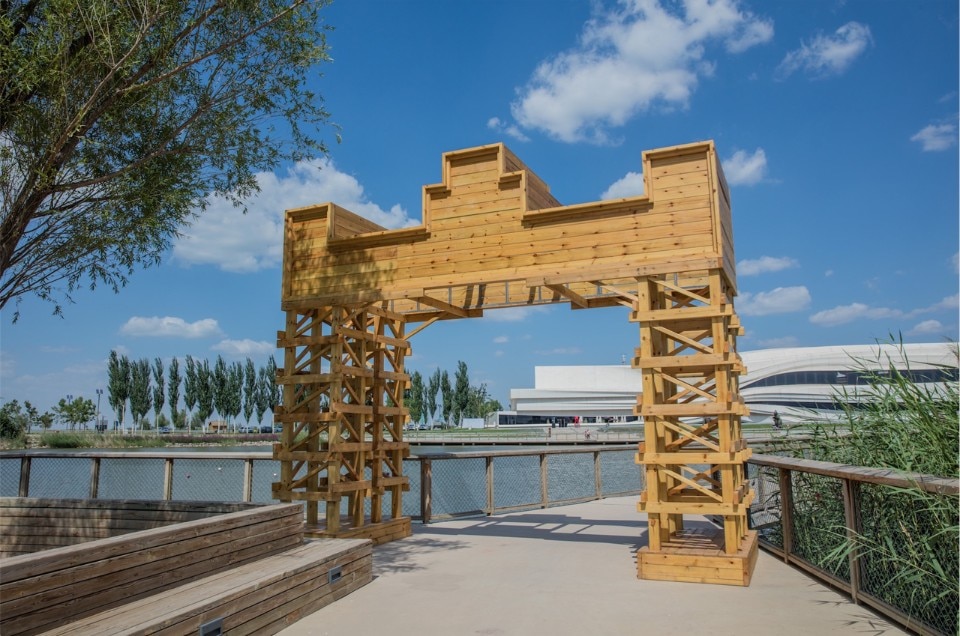 On the third floor, time and its perception becomes a single dimension. And the video installation could be read as an attempt to measure biological duration against imaginary duration. The grass slowly begins to grow, and lichens and other plants run wild. The influence of the actual weather plays a crucial role in the work: real-time weather information is constantly integrated into the ongoing disintegration of Claerbout’s digitally rendered stadium.
The same approach to natura naturans concept corresponds to The Pure Necessity, a single channel video, installed and projected directly on the façade. Over a period of three years, David Claerbout and a team of professional artists painstakingly redrew the frames of the original movie The Jungle Book (1967). Unlike his other films, these shots were not digitally rendered. Instead, each frame was drawn by hand in the style of the original animated film. In this Claerbout’s film, Baloo, Bagheera, and Kaa do not play no more a musical, but they act as bear, a panther, and a snake into the wild. They are no longer anthropomorphized.

Read Also: A solitary chapel in Austria. Made of stone and wood, the little church by bernardo bader architekten is located on top of a hill in Krumbach.

A similar process, involving a certain kind of in-human research has been contextualized into the walled city of Kowloon. Indeed, on the second floor, at Kunsthaus Bregenz, the audio-visual installation titled Radio Piece (Hong Kong) shows an uninterrupted backtracking camera, smoothly moving from one type of space into another, starting inside a photograph of a Zen garden, gradually revealing a cramped room, and finally escaping from the vertical slum in the district of Hong Kong. Here a ritual sequence of sounds misrepresents the perception of architectures, living conditions, mental and virtual spaces, revealing how our mind could become unexpectedly hurbanized.