At the Schinkel Pavillon, videos, installations and photographs by Jordan Wolfson face issues such as violence, the seductive power of the “repugnant” and the shifting notion of realism. 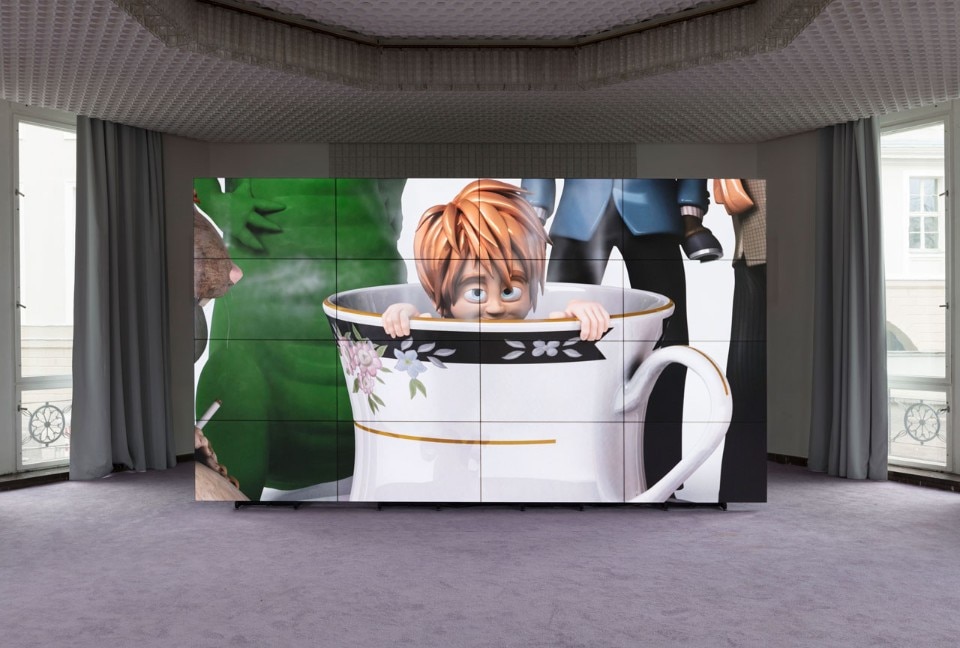 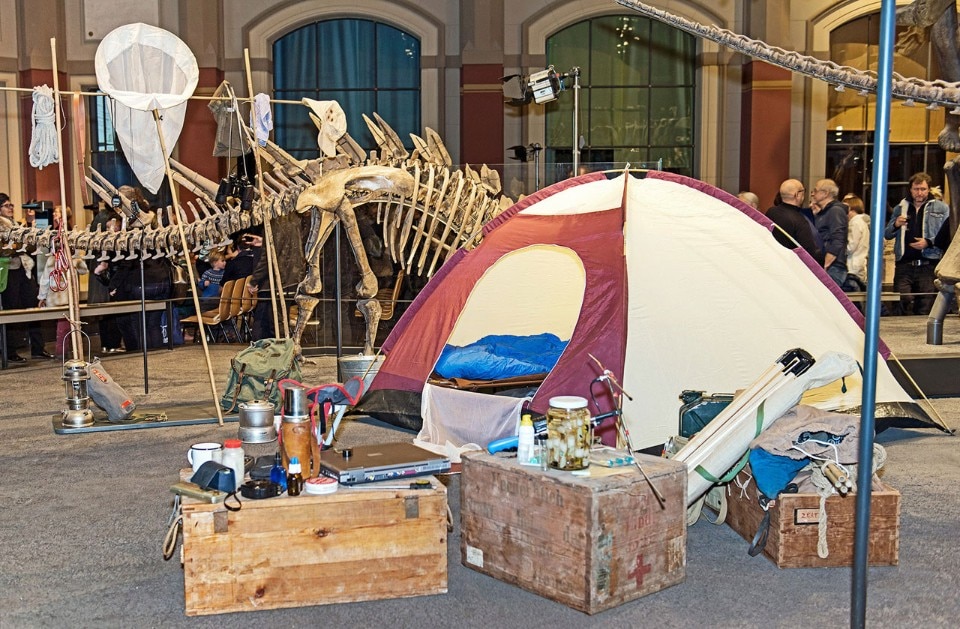 The Schinkel Pavillon was designed in 1969 by Richard Paulick, an architect known for some of Karl-Marx-Allee’s most successful sections. The street is one of Berlin’s main roads that, mostly, looks like an extremely long “cut and paste” of decorative socialist realist blocks, running from Alexanderplatz to Frankfurter Tor, in the very east of the city. The street, once called Stalin-Allee, was pulled up in a very short time and destined to represent the ambitions of the Federal Republic of Germany. To arouse admiration in the Westerners’ eyes, it projected a fair, serene, new lifestyle: a boulevard for leisure, social life, but also for parades and celebrations of the young DDR. Ironically, in June of 1953, due to an exacerbation of the rules on production bonuses for the workers who were building the streets, a workers’ agitation arose there, which was vigorously sedated by departments of the Soviet Army deployed in East Germany. The crude images of repression circulated in the Western media as an unveiling: the friction between the idyllic scene of a utopian society and the hasty and brutal Stalinist methods that would be denounced a few years later by Nikita Khrushchev, freezing relations between the Soviet Union and the Communist Westerners. A moment of rupture, or, as the New York artist Jordan Wolfson would call it, a “distortion” – the moment in which an intense and unpredictable episode violently breaks into the everyday to the point of modifying, even if only for a few moments, what can be expected from the world.

It happens in one of the works in the exhibition Real Violence (2017), presented for the first time at the last edition of the Whitney Biennial: the visitor is invited to don a virtual reality viewer and, after a short countdown, is catapulted onto the streets of New York in front of the artist, armed with a baseball bat, and a man kneeling on the asphalt. After a few moments, Wolfson begins to beat the stranger until his face is reduced to a shapeless mash, and everything suddenly goes black.

Read also: Berlin-based studio Barkow Leibinger designed a brick apartment house that is capable of blending into its surroundings while maintaining a strong independent character

The work has, of course, generated a lot of critical buzz and stages an almost unbearable violence as “raw material”– a pure phenomenon, devoid of explicit judgments, that unravels through the body of the viewer, transforming it into a sculptural element, more clearly through a camera movement at the beginning of the simulation that forces the viewer into a physical twist. The conclusion of the short experience and the return to the Schinkel Pavillon is the latest “distortion”: How is perception changed in the moment when the skyscrapers of New York return to the form of the octagonal salon, when the victim and the executioner revert to the cheerful public of the exhibition? The technology of virtual reality is drained of its interactive capabilities (there is no way to change the tragic course of events) and is used to shape the main concerns expressed by the work, in other words the seductive power of the “repugnant” – the viewer can address the look elsewhere, but is magnetized by the lynching – and a reflection on the idea of ​​realism – the circulation of brutal scenes on the net has bypassed the modes of representation of violence in the last century devised by the film industry.

Real Violence is a fiction that aims to unfold according to the “realistic” language produced by the marriage of consumer electronics and social platforms, and not that of Hollywood. The video Riverboat Song (2017) occupies the upper room of the German institution: the narrating self, a cross between Huckleberry Finn and Pinocchio in worn clothes, dances to “Work” by Iggy Azalea wearing high heels. Suddenly, prominent breasts and buttocks appear on him, and he drops them like prosthetic aids, with a hip move, before launching into a soliloquy, which one imagines addressed to the partner, in which he reveals an extreme and malevolent form of narcissism: intimate, manipulative, detached. While he delivers the speech he mutates in a family of animated anthropomorphous avatars, as to multiply, hide, and share individual responsibility. Then he observes us while he contemplates himself in a mirror revealing a childish pleasure, until he reaches the climax, when, after lowering his trousers, he begins to urinate streams that rise like the waterworks of public fountains. He drinks his own pee, and rinses his face with palpable excitement.

The last piece on show is a sculpture composed of a drawing of two witches – one very similar to Hillary Clinton, who cooks paper letters in the proverbial pot – and two punkish leather jackets hung in the void, covered with studs and drawings depicting men expelling demons and skulls from their mouths. Signs of an exhausted transgression, rendered as pure connotation. Wolfson handles delicate and scabrous themes – narcissism and violence – overcoming easy polemical inlets, with works that take inspiration and are crossed, with formal and conceptual success, with vernacular formats, their manifestations, and their social repercussions.

Sign up for our newsletter and get domus in your inbox
In this gallery: Jordan Wolfson, still from Riverboat Song
01 / 12
Share
Pin it

The shifting notion of realism, the porousness and the chemical reactions arising in the contacts between reality – here defined by a set of recurring mediascapes and agreed-upon representations—and the industry of visual arts, with its self-contained discourses, are all put into play and choreographed in this laconic, yet densely intriguing exhibition.