The Present in Drag

The ninth edition of the Berlin Biennale curated by DIS is to open itself up to an “accidental” audience of citizens and tourists who crowd the city’s central districts every day. 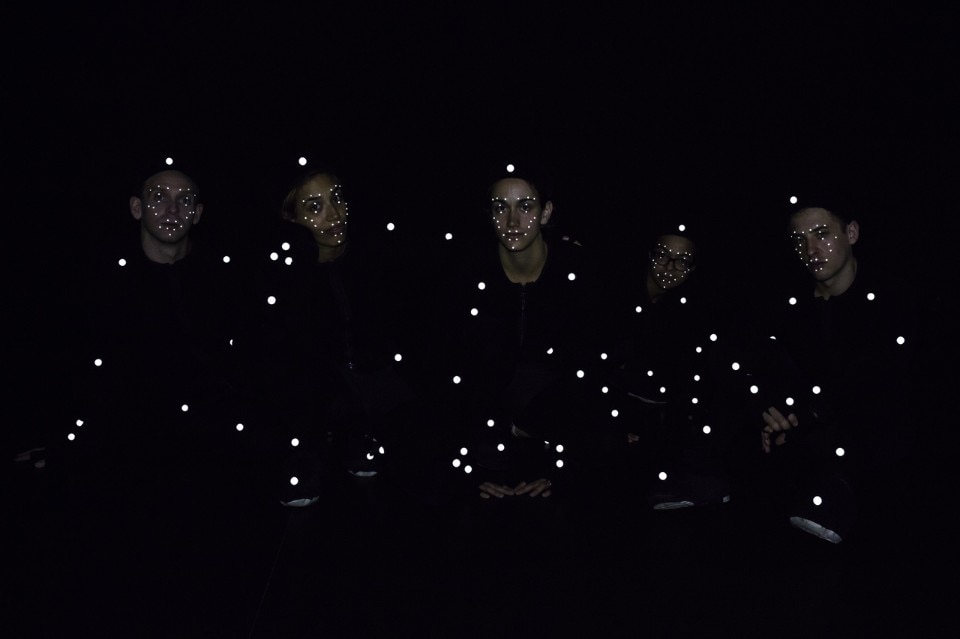 The hashtags #polishednails, #flatscreens and #greenplants might be included in a glossary recodifying the vision of the 9th Berlin Biennale curated by DIS, as too ones for interior design, body-sculpture, digital and spiritual, yoga, yoga mats, drones, hip hop and high definition.
The Berlin Biennale entitled “The Present in Drag” explodes on a different platform, in the fourth dimension, from the better-known online magazine where the DIS collective cultivates its poetic. Exhibitions within exhibitions, performance on top of performance, soundtracks captured on vinyl in limited editions, online projects and well-organised social campaigns really do test the ”anxiety of the present”, subject to technological accelerationism, or better still the “fear of content”. (Fear of Content is the title of an online section of the Biennale)
This content unfolds around four main city locations. One of these is the Akademie der Kunst, the most fitting scenario where the reflecting windows mirror and amplify the lubricated effect of DIS. The Akademie is but a stone’s throw from the Brandenburg Gate, the heart of the sightseers’ city centre but also of the headquarters of the Allianz Stiftungsforum, the DZ Bank and the US and French Embassies. In the main foyer of the Akademie, large lightboxes adopt the form of an advertising billboard to show the selected images of SUPREM(E) – a collaboration between American publishing house SEMIOTEXT(E) and the SUPREM fashion brand for the young. I love Dick, embroidered on the red anorak of a man with his back turned is the title of Kris Kraus’ 1996 book.
The large DIS family of artists is scattered across different floors of the building, often disguised with stratagems borrowed from advertising or behind ironical attempts of subversion and camouflage. The triumph of a laissez-faire approach is conveyed not only by a decision to depict the coordinated image of the Biennale as if that of a bank or some financial multinational (but better executed) but also within certain critical paths regarding the works in the exhibition. This applies, for example, to Christopher Kulendran Thomas, a London artist born to a Sri Lankan family, and his New Eelam. This promo-style video was inspired by the unrealised aspirations of Eelam, birthplace of the Tiger Talim Eelam militant pro-independence organisation, defeated by the Sri Lankan army in 2009. The video offers a programme devised as an alternative to ideological and ethnic conflict in Sri Lanka which redistributes luxury housing for a stateless society in a post Marxist, post-nationalist and post-private reality and based on a shared-ownership model.

The prefix Post acts as the introduction to this great post-contemporary world, one that is seemingly all the same, inured to the market logic and with no lurches although it is also reversible and damned ironic. On the balcony overlooking Pariser Platz, Jon Rafman’s virtual journey is joined by a number of marble sculptures, hybrid creatures that come together, mingle and eat each other: iguana versus sloth and dog versus lion. It is the brutal law of the jungle.

Drones fly everywhere and Berlin is constantly monitored. Extra Space Craft (2016) is a docu-fiction video by Hito Steyerl set on a hill north of Iraq where a national observatory is manoeuvring three pilot drones flying over Iraqi Kurdistan. The control tower becomes the set of a space agency which Hito Steyerl skilfully adopts as the subject to evoke the virtual dimension superimposed on the realities of state-controlled territories and zones under anti-terrorist control.

Simon Fujwara pays homage to the city of Berlin with the aid of his brother Daniel, the founder of Simetrica, a research body that uses the economy and other disciplines to measure happiness with a view to understanding the impact of politics on social wellbeing. It is one of the most unusual installations, despite the perplexities aroused by the presence at the entrance of a toned man with a steward’s uniform painted on his body (gym is the word that was missing from the glossary). Actually, he too forms part of The Happy Museum installation (2016) a collection of works, objects, adverts, videos and performances exploring expressions of material happiness in 21st-century Germany, as if the nation had never been as happy as it is now. Simetrica studies also state that a greater degree of satisfaction is triggered by a cultural experience if enjoyed alone. Going to exhibitions alone seems to be a new form of post–community individualism that I find slightly disturbing. Dancing, on the other hand, makes us as happy as if we had received a Euro 2,073.25 pay rise.

Unmasking the present means seeking its mysterious secret but “The Present in Drag” – writes DIS – looks at its many facets and implications. The DIS present is non-linear time that places itself in a specular relationship with the past. It looks to the post that is already incorporating the future.

In its most literal meaning, the future present is manifested at the KW in a selection of works set up in an airier space, where almost every room contains the work of one artist. The space vibrates with images in movement. Without betraying the anthropological approach that distinguishes part of his research, Wu Tsang looks at myth and the Chinese revolutionary culture of the late 19th century via a re-enactment of the biography of Qiu Jin, a Communist revolutionary and lesbian icon.

Cecile B. Evans’ research into the use and abuse of technology explodes in an aquatic dimension as she tries to respond to the question via What the Heart Wants (2016), which examines a hyper-technological future where the human being is striving to reposition itself. While Drake continues to play Call me on my Cell Phone.

Alexandra Pirici shuts us in a black box where a group of performers translates into action the algorithms generated by data flows on Facebook and Google scrolls: from political events to ultra-pop memes, ISIS selfies and all the latest on Justin Bieber.

Technology uber alles, especially at the European School of Management and Technology, where Simon Denny has, as ever, found the perfect home for Blockchain Visionaries (2016), a project based on the study of three international investment companies. Their work revolves around BitCoin technology which exploits cryptography to manage functional aspects such as generating a new currency.

Paradoxically, the former headquarters of Eastern Germany’s Council of State today trains future CEOs. Future careers in the global economy are shaped alongside murals depicting the history of Germany’s worker movements and in meeting rooms frescoed with symbols of industrial wellbeing.

Past the Feuerle Collection bunker, the last Biennale venue is a boat, decorated by artists Korakrit Arunanondchai and Alex Gvojic. It continues its normal tours but featuring different performances and nomadic interventions along the Spree River.
One of the intentions expressed by DIS for this Biennale is to open itself up to an “accidental” audience of citizens and tourists who crowd the city’s central districts every day.

I wonder why this audience should accidentally identify with the Biennale’s messages and feel more intelligent when they understand the irony of post-contemporary art, simply because conveyed via a language universally coded on the basis of the Capitalistic scheme of communication for effect.

Indeed, Adriano Costa, also on show at Supportico Lopez, has envisaged an ending for this parabola by painting a sweatshirt hung on the wall like a picture with the words: “Post Internet I went to sleep.” Me too.