The new hanging of the collections and “Bentu. Chinese artists at a time of turbulence and transformation” at the Fondation Louis Vuitton are two different exhibitions, both solidly constructed around the idea of redefining the identity of contemporary Chinese art. 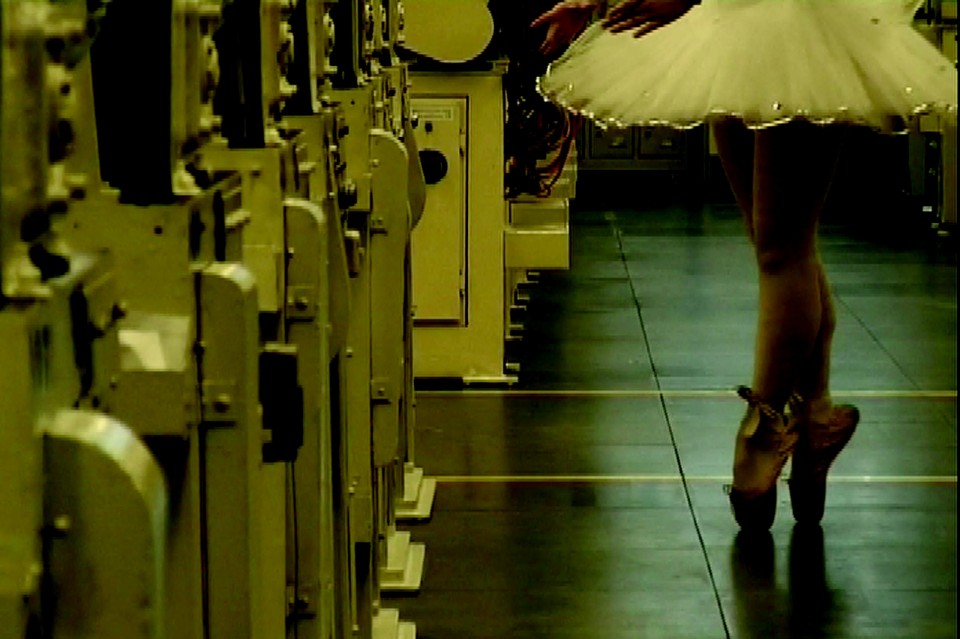 The dream pursued by artists and curators, for the two exhibitions at Fondation Louis Vuitton, was to propose a number of works showcasing the extraordinary economic transformation underway in China and the huge leap forward made by the Asian giant and its art scene.
The handling of the incestuous relationship with capitalism and, more importantly, the marriage with the conceptual aesthetic radicalise and simplify the object production of what describes itself as a rough-edged Eldorado where artistic formulations blossom that may be less than original but they do stand out thanks to media vigour on a constantly changing geopolitical horizon.

The most obvious results are more money in circulation and works by younger and lesser-known artists such as Xu Qu with Currency Wars simplify the effects of this with the iconic details of banknotes from all over the world fluctuating in rigorous abstraction and becoming elementary metaphors of the point 0 of the buying power achieved by Chinese collectors, now snapping up masterpieces of Western art on the market for staggering figures.

We also see the contrast between two fastidious and unresolved issues: young art in exponential growth and the old school of dissidents and escapees. There is a new offering by artists who have evolved in Western art schools, linked to agendas that make them all much of a muchness, be it for the use of new media or their imitation of problems that all fall within the Postmodern tautologies. Even the rigour of an artist like Cao Fei seems diluted in the work Stranger which undermines a solid reputation constructed on broader thinking digital and video works such as Live in RMB city.

The selection of internationally identifiable artists such as Ai Wei Wei and Yang Fudong, albeit from different generations and spheres, could never have added up save in a project such as that underpinning the exhibition.

Ai Weiwei, the total dissident, may be grappling in the city with the Bon Marché shop-window displays, built out of light bamboo and rice paper, but here and for the same group (LVMH) it is a sturdy tree assembled from salvaged materials that has made him famous. Yang Fudong, the brilliant director of the Prada Chinese aesthetic seen in its Spring-Summer collection videos a few years ago, presents two hypnotic works, cameos of technique and reach that are unfortunately swallowed up in the lotus-flower of an exhibition centred on the folklore of the Middle Kingdom.

Just twenty years ago, the political reality and changes on that continent would not have spawned the mellifluous idea aligned in these rooms.

Peeking out, declined in monumental works such as those of Xu Zhen, is a comparison with American Post-Pop Simulationism. From the kitsch iconographic repertoire to the great Taoist tradition, it deviates towards a Jeff Koons-like grammar or that of Zhang Huan, which becomes a rose-tinted early Anselm Kiefer made of ashes and post-ideology. Perhaps, really deep down, even this fashionable reversal of a very Godard-like idea of China should be ascribed to the lightness of the theoretical proposition. Today, as demonstrated by the successful construction of this aesthetic, the social is transcended and we are presented with a pure China at the service of business reasoning. The museographic machine is ready to turn into folklore gadget even what has been hard-earned by the Chinese artists who first conducted the difficult attempts to crossbreed with the West and its market rules.

The most striking case is that of Huang Yong Ping who will feature at the next Monumenta at the Grand Palais. His Duchamp bottle-drainer featuring 50 Buddha arms is immediately grasped by the mass public but we miss his washing machines with their laundry of daily newspapers and books on Western art history. Now, as if it were a matter of rewriting the grammar of a great visual millenary culture, research packed with new energy can hardly be condensed and flattened down into the testing relationship with the homeland.

Of course, many artists of the first generation have left the country. Huang Yong Ping has become a naturalised Frenchman and the Bentu (Chinese word for “one’s native land”) in the exhibition title moves in a universe where people and capitals circulate differently.

Yes, there are works that, not appearing centrally in the exhibition, are absolutely necessary such as Zhou Tao’s splendid efforts. In his two videos, One Two Three Four, 2008, and Chick speaks to duck, pig speaks to dog, 2005, the reality of China today is vivisected in an anthropological approach that leaves no doubts as to the future of that geographical area.

The work units of the new commercial enterprises and the new financial giants engaged in their morning parade exercises are more than slightly reminiscent of the Maoist work units in which the Chinese population was structured until recent years. The three men’s desperate attempts to communicate perched in the trees of a Chinese park at night should probably have been given a different location. Close to Ai Weiwei’s totemic tree, it would have expressed an unhoped for reality effect.

The Fondation Louis Vuitton relies, instead, on the search for Asian unreality, pursued by an embarrassing curatorial facelift. What might seem a good production based on ancestral techniques for a boring Eastern art museum ends up becoming the most political work and stands strongly to the fore, alone in the battle against the ancestral. So, we see again the delicacy of Qiu Zhijie’s calligraphic silk scrolls, the details of From Huaxia to China restoring a Situationist dérive-like order and the proper relationship with the Empire and its art is re-established in these surroundings, inhabited by the colossus and colossals of an anabolic China.