In a recent solo exhibition show at Parasol unit in London, Iranian artist Siah Armajani’s sculptures question the grandiloquence and egocentrism of much architecture. 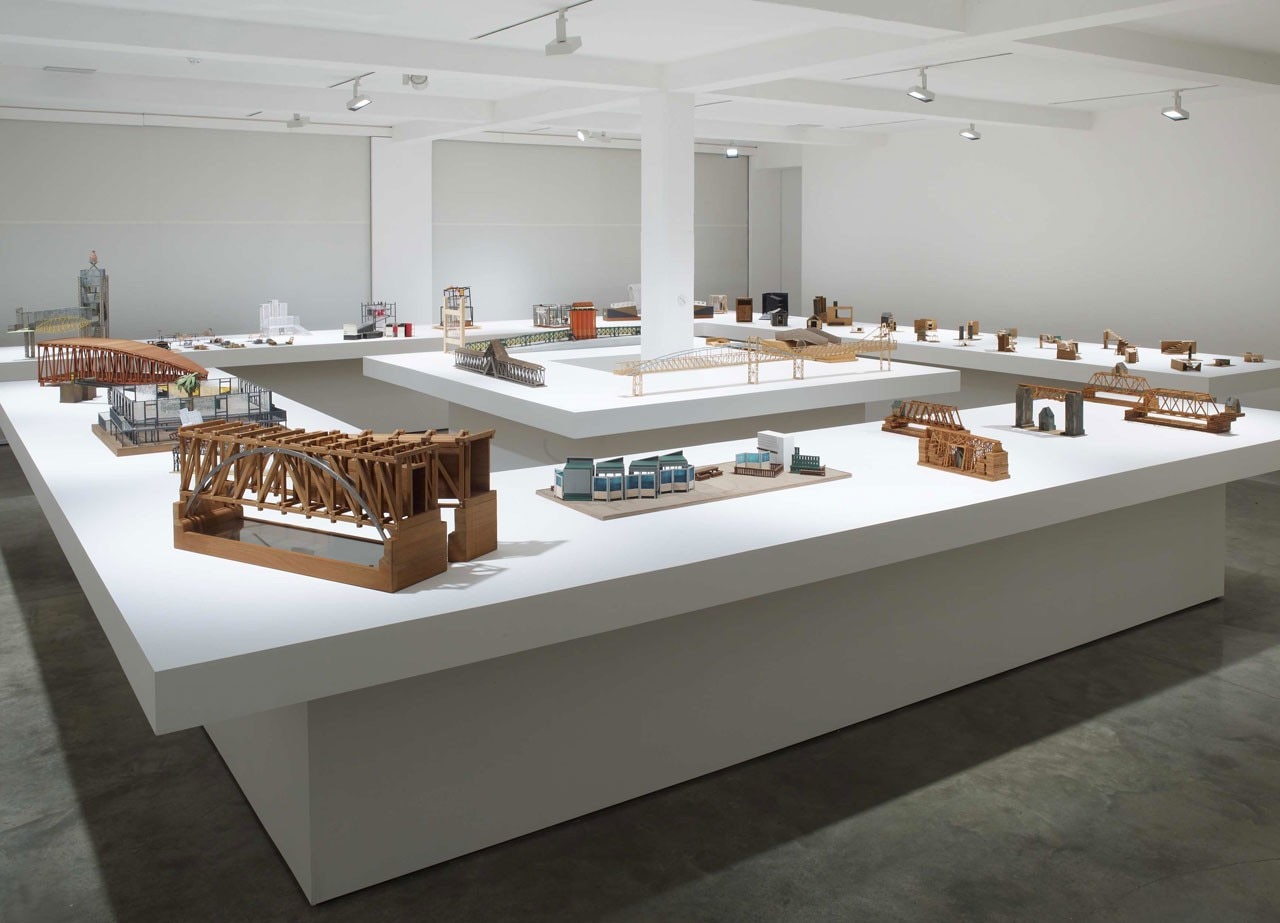 The first things that spring to mind when you see a Siah Armajani work are a deep-rooted humanity and a core belief in democracy.
The “An Ingenious World” solo exhibition at the Parasol unit only serves to endorse these impressions. Armajani has always seen art not simply as a meticulous linguistic process but also as a form of knowledge, a design challenge and a possibility, for the artist, to be involved in reality by helping construct it. That is why the relationship with architecture and the theme of living have been key to his research for decades. His work can be considered seminal in this sense.
Armajani left his homeland Iran for Minneapolis in 1960. At that time, his artistic activity was strongly influenced by the Persian culture both in terms of techniques employed and language adopted. His works, especially the paintings on canvas and drawings on paper, were a mix of image and text with explicit references to miniatures, books, poetry and literature. In that phase, the artist mainly explored painting but many of his works already contained minute handwriting – a memory of his calligraphic tradition but also evoking personal narratives. One canvas of that period, entitled Shirt and in this exhibition, takes the form of a garment densely covered with handwritten text. It evokes the body and its need for protection but, most crucially, its form and the expressive properties that make it a subjective vehicle.

Armajani’s arrival in the United States and an interest in architecture and the Western philosophy, that of John Dewey in particular, prompted a rapid evolution in the artist. In 1968, he began to develop the theme of living, indoors and outdoors, producing models of living situations and of places where people meet and gather such as gardens, gazebos and, most of all, bridges. The artist accepts the structural function of the bridge but also focuses on its great metaphorical worth. The bridge that closes a gap is always a great metaphor but Armajani sees bridges as constructed utopias, complex structures in which form, meaning and function are inseparable.

In 1968, one of his first bridge projects was erected at White Bear Lake in Minnesota; First Bridge is a covered structure, 38 metres long and 305 cm high at the entrance, 120 cm at the exit.

Prior to 1980, his visions primarily took the form of models: rooms, living capsules and micro-houses, each designed to resolve a specific need, or urban furnishings such as benches and seats. The artist develops variations on basic themes, interpreting and pursuing different possibilities that emerge in the design of walls, floors, ceilings, entrances and exits. Working on a small scale allows him to experiment freely. Constructed in an assortment of materials, from recycled cardboard to pieces of wood of various origin, his models prefigure a restrained form of living, intimate but that balances desires and needs; rational but respectful of subjectivity. They bring out the deep-rooted needs of the individual and society, and, far from responding merely to functional purposes, they speak of balance and harmony, all without failing to sensitively shape a reflection on man’s relationship with nature.
Armajani’s sculptures question the grandiloquence and egocentrism of much architecture. In the 1970s, his models appeared in the Dictionary for Building and this exhibition displays a large number of them on a large table in a room of strong emotional impact.
In the 1980s, the artist also started producing life-size pieces, instilling each of these carefully constructed sculptures with an intense design focus. He condenses functions, needs and expectations in them but he also evokes sensations, or memories of experiences, sentiments and emotions. They may be gazebos, reading rooms, gardens or versatile compartments and formatted houses but they respond to the fundamental needs of physical survival and the spirit: infrastructure components such as benches on wheels express a mobile life in which people can feel at home anywhere because home is not bound to a physical location but something people carry within themselves; platforms from which to contemplate the surroundings or seats for down time. Many of his structures have lecterns because books are a precious cultural drive, vehicles of knowledge through time and space, and the strong colours Armajani tends to employ are the colours of experience.

Each of these projects is of great symbolic worth but while they put themselves forward as places of encounter and communal spaces they also generate a sense of vitality and inclusion.

Subsequently, the pressure of political events prompted the artist to turn his focus in a new direction. Cold materials such as metal and glass replaced the warmer and more domestic wood; the angular forms of constrictive architecture took over from the previous ones and generated a sharp change in tone. Works such as Cellar and Fallujah highlighted a state of bewilderment, control, claustrophobic exile and imprisonment. Living can be pain and punishment.

The artist continued along his path and – from the Gazebo for Four Anarchists: Mary Nardini, Irma Sanchini, William James Sidis and Carlo Valdinocci, dated 1993, to the Room for the First Anarchist, Henry David Thoreau, dated 1994, and a recent series of works entitled Tombs, each one dedicated to a philosopher, artist or writer – his body of work stands today as a form of meditation, as too a tribute to thought as a form of emancipation and poetry as a potential response to human needs. The sense of commitment and the public value of art have not been lost. On the contrary, they are ever more intense.
Share