Shenzhen, the city that wasn’t there

A book re-narrates China’s so-called Silicon Valley’s incredible growth: it evolved into a megalopolis of 20 million in just a few decades. It’s written by Juan Du, one of the speakers at Utopian Hours 2020 (October 23-25, Turin). 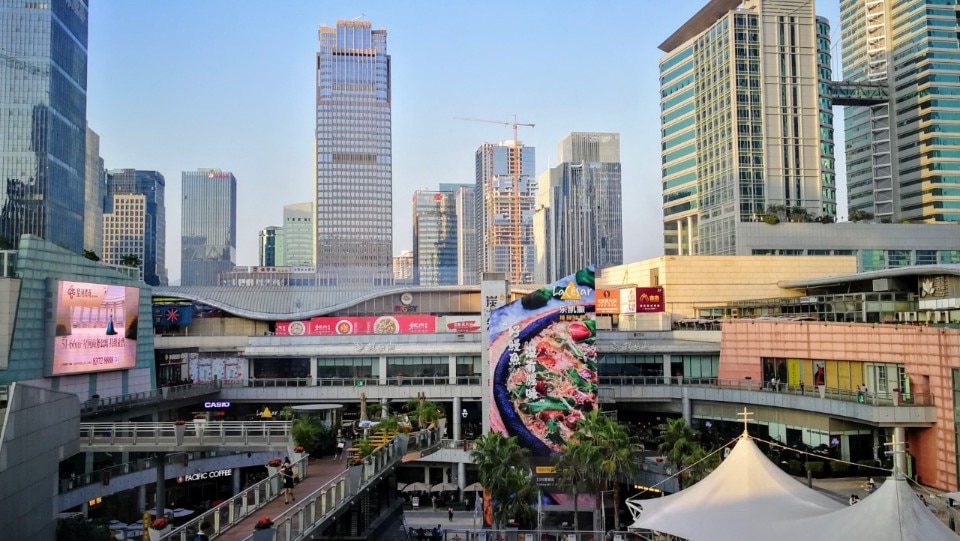 Juan Du, architect, professor, and contributor to Domus is the author of The Shenzhen Experiment (Harvard University Press). The book tells the enigmatic story of how a rural borderland developed into a city of 20 million, a rate unprecedented in human history. The metropolis is just a few kilometers north of Hong Kong, just over the Chinese border. It’s one of the most important tech hubs of the world and often referred to as the Chinese Sylicon Valley. It was designated as a Special Economic Zone, the first in communist China, in 1980. Since then, its story evolved faster than anyone would imagine. “The city’s growth far exceeded any governmental planning or corporate expectations”, Juan Du, who has been conducting research and design in Shenzhen and its urban villages since 2005, tells to Domus. She will be among the speakers of Utopian Hours, the city making festival festival taking place in Turin on October 23-25, also available with live streaming access.

Who were the protagonists of this incredible growth?
I hold the main protagonists of Shenzhen’s rapid development as the people of the city, which includes both the indigenous villagers whom were there for centuries and the migrants who went to the city in search of new opportunities and new lives. By “people,” I also include the the government officials and the heads of companies, were also individuals - “migrants” themselves who went to the city to build it under extraordinarily challenging and uncertain circumstances that were historically and culturally very unique.

Hong Kong is rapidly changing like everyone knows from the news. What’s the relationship between the two “twin cities”?
Shenzhen’s relationship with Hong Kong is intricately complex and inter-dependent on many levels.  Historically, the two cities were of one common regional history and culture, which was separated first by British Colonialization after 1841, and later by “Cold War” borders after 1949 (the establishment of the People’s Republic of China).  China’s Reform and Opening Up after 1979 allowed Shenzhen to learn from Hong Kong, but also facilitated rapid economic growth of Hong Kong.

And in the future?
In my opinion, the success of the two cities will depend on mutual respect and collaboration, both formally through geopolitics and informally through the individual actions of people and communities.

The first time I visited Shenzhen if felt like I had fallen into a Blade Runner scenario, with all those anonymous skyscrapers that, at night, were illuminated by gigantic ads projected on the walls. Then, a few years later, I was back and the city had changed, resembling more a garden city.
Shenzhen today is less of a city-wide construction site and more settled into a megacity in the subtropics.  The city is finding a new identity, shifting from an industrial economy to that of new technology.  Along with deindustrialization, the city’s built environment is currently transforming through a series of urban renewals and redevelopment.

Did the ultrafast growth create an ugliness in the city that now is being fixed?
The rapid construction of the infrastructure of the city did result in streets to wide to cross, skyscrapers outlandish in its postmodern glory, public plazas too big to be pleasant for pedestrians, and high-tech parks that are characterless etc. While I cannot say these are now “being fixed”, I do want to point out beyond the urban spectacle that are most often the outward image of the city, Shenzhen also have pedestrian-scaled working class neighborhoods, perfectly landscaped luxury residential compounds, packed full public and community libraries, innovative design and art galleries, urban green parks full of people and activities, as well as breathtaking mountain hiking trails and coastal sandy beaches.

In your book, you investigate about what was there before Shenzhen became the city that we know.
Often eclipsed by the false narrative of “a former fishing village”, the territory of Shenzhen has had a rich cultural history of over a millennium.  As covered in my book, there are still many sites remaining in the city of historic significances, such as the Nantou Ancient City and the hundreds of urban villages that often dates back several centuries in history.

Back to the future. Shenzhen is home to Huawei, DJI, Oppo and many more tech industries. And a theatre for 5G experimentation, like self driving cabs. How is the “smart city” concept evolving there?
The people of Shenzhen embrace new ideas, whether cultural or technological.  I have encountered back-alley tattoo parlors or street musicians who only accepted payment through QR code scans.  Although, it is a work in progress, once I did get stuck in the middle of a country road in Shenzhen when my electric-car taxi ran out of energy, as the charging stations does not yet have enough city-wide coverage.

Is Shenzhen a model to imitate?
There have been many attempts in China and internationally to imitate Shenzhen, through a model of economic zones with preferential policies and attracting foreign investments.  However, in my opinion, there will not be another Shenzhen, as my book begins to uncover, the city was shaped through such extraordinary circumstances of international and national politics as well as regional histories.

From what you say, the so-called “Shenzhen model” is based on commonly held misunderstandings of the city.
My book introduced Shenzhen through 4 misconceptions of the city: People, Place, Time and Purpose.  However, I do believe a better understanding of these four aspects leads to lessons all city could benefit from, such as the importance of history, geography, culture and the human spirit.

Juan Du teaches Architecture at the University of Hong Kong and is the director of IDU_architecture.