Flames have burnt the heart of Paris for almost five hours. Now the reconstruction of a national symbol must be promoted. 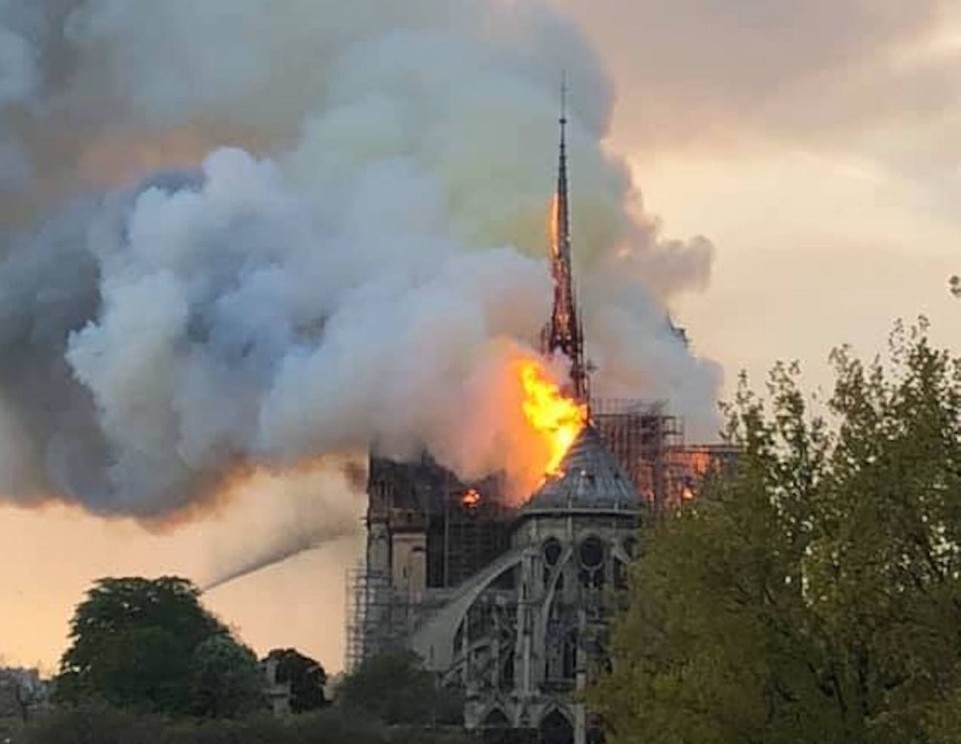 Paris, April 15. It's night, air is sharp and cold but people in the streets are just praying and singing. Thousands of Parisians and tourists gathered on the banks of the Seine river and watched in shock while the fire tore through the cathedral’s wooden roof and brought down part of the spire. The crowds that had gathered were eerily calm, with little shouting or commotion. Witnessing such an embodiment of the permanence of History burn and its spire collapse is profoundly shocking to any French, or to any living human.

Around at 18:40 , the cathedral caught fire, causing the collapse of the spire and the roof. The extent of the damage was initially unknown as was the cause of the fire, though it was suggested that it was linked to ongoing renovation work. The entire wooden frame came down and the vault of the edifice could still be threatened. President Macron said approximately 500 firefighters helped to battle the fire. The Paris police warned people to stay away from the area around the cathedral. City Hall announced around 20:30 that all roads on Île de la Cité, the island in the heart of the city where Notre-Dame is, were closed. The cause of the fire was not immediately known, officials said. No one was killed, but a firefighter was seriously injured.

It all happened suddenly. As the last rush of tourists were trying to get in for the day, the doors of Notre-Dame were abruptly shut without explanation, witnesses said. Within moments, tiny bits of white smoke started rising from the spire, it was the highest part of the cathedral.

Notre-Dame, a popular tourist attraction and among the most famous landmarks in Paris drawing about 13 million visitors a year, was undergoing renovations after cracks began to appear in the stone, sparking fears the structure could become unstable.

The last time the cathedral suffered major damage was during the French Revolution. It survived two world wars largely unscathed.

The cathedral was built on a small island called the Île de la Cité, in the middle of the Seine. Construction began in 1163, during the reign of King Louis VII, and was completed in 1345. It is considered a jewel of medieval Gothic architecture. It was damaged and neglected in the 1790s, during the French Revolution.

Victor Hugo’s 1831 novel Notre-Dame of Paris informed readers about the building’s decrepit condition. Henry VI of England was made king of France inside Notre-Dame in 1431. Napoleon Bonaparte, who also sought to save the storied cathedral, was crowned emperor there in 1804.

Notre-Dame cathedral, the iconic symbol of the aesthetic and history of Paris, was scarred by an extensive fire which caused its delicate spire to collapse, bruised the Parisian skies with smoke and further disheartened a city already back on its heels after weeks of violent protests.

Tourists and residents alike came to a standstill, pulling out their phones to call their loved ones. Older Parisians began to cry, lamenting how their national treasure was quickly being lost.

At 22.45 Macron said the worst had been avoided “although the battle is not yet totally won” and that “we will rebuild Notre Dame together”, announcing an international fundraising campaign is to be launched tomorrow and calling on the world’s “greatest talents” to help.

Then, Agence France-Presse reports that François-Henri Pinault, the chairman and CEO of international luxury group Kering, which owns brands like Gucci, Yves Saint Laurent, Balenciaga, and Alexander McQueen, has pledged 100 million euros towards rebuilding Notre-Dame, according to a statement.