A question of style: why fashion houses look to architecture

Landscapes and architecture: from Yves Laurent with Casa Malaparte to Louis Vuitton with the ranch by Luis Barragan, locations rule the fashion system. 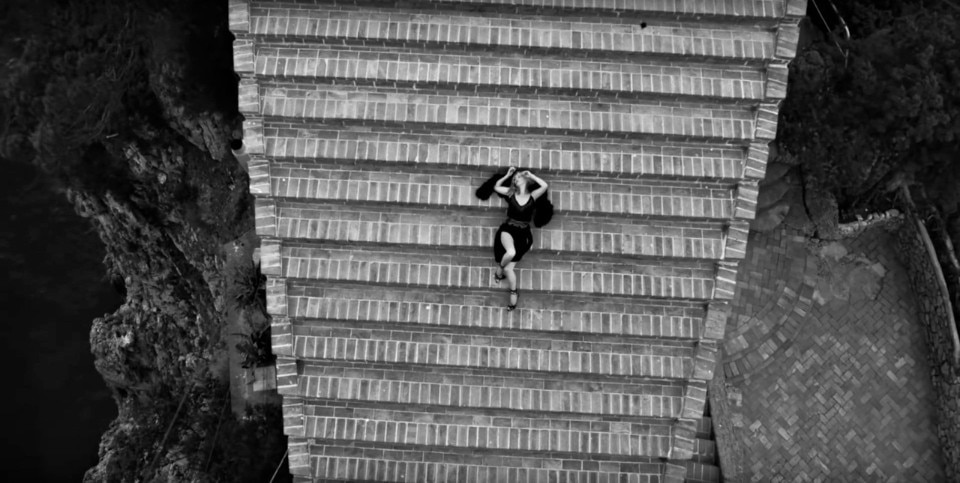 The first comment on the film on YouTube showing Marilyn Monroe at Clark Gable’s funeral is a question, one which is fairly common in this day and age: “Everyone dressed better back then, what happened to us?”

It’s a good question, what happened? Fundamentally, that the tailoring and high-fashion business of 1961 is no longer, and with prêt-à-porter and mass marketing, dressing oneself means being sectionalist, choosing to belong to a specific style. The efforts made by fashion houses to capture attention have widened to take in branded architecture, but the battle is still waged in the field of advertising.  How can an idea of exclusivity be developed in a period of uncertainty such as 2018? Through travel, as was the case in Diana Vreeland’s day. “The eye has to travel”, said the ex-director of Vogue. Particularly through the glossies. Through extraordinary landscapes and architecture. In this sense, the spirit which led her, in 1942, to commission  a fashion shoot at the Rose Pauson House by Frank Lloyd Wright, is more or less the same that influences the objectives of Yves Saint Laurent, which used Villa Malaparte for the filming of the 2018 Spring/Summer collection: an energetic and mutually profitable exchange.

Even if, over the years, this practice has not always been successful, using a building allows for the more effective creation of a style, and offers a range of points of view for shots. For the building itself, the result is a more attentive reading of its structure. Guy Bourdin’s Miami, for example, photographed for the advertising campaign for Charles Jourdan shoes in 1970, offers a better view of the Miami that lies buried under fragments of film and television than the best possible sightseeing tour of the city.

At the same time, the architectural details by Thierry Mugler, a little anonymous, a little Cité des sciences et de l’industrie in Paris, become the sensational backgrounds against which the models move like ants. The turning-point, however, was marked by Jean-Paul Goude in 1990, when, for the ad for the perfume Égoïste by Chanel, he reconstructed theHotel Negresco, Nice, in the Brazilian desert due to choreographic requirements. Thirty seconds of female frustration presented through the romantic details of an example of Belle Époque architecture, quite rightly filmed from a skewed point of view. Perhaps, considering the sequence of opening and closing of French windows to the syncopated rythmn of Égoïste, a significant contribution was also made to the shutter business, although it would be hard to verify sales figures.

All the same, not many can afford Chanel’s Hollywood-proportioned budget. It is much cheaper to use famous locations. But how can one be original, without succumbing to the Grand Tour effect typical of Woody Allen, who – thanks to local funding – has filmed in every European capital over the last decade? Villa Malaparte was a masterstroke, while the Sheats-Goldstein house by John Lautner in Los Angeles, perhaps the most over-exposed residence, means coming last.

After all, the scenographic effect of Brasilia or Versailles is a guarantee. Nonetheless, representing glimpses of well-known architecture is not necessarily a sign of the inability to surprise once more. In 2016, Louis Vuitton chose one example for which not a day goes by without Instagram offering a snatch of its colours, the Cuadra San Cristóbal ranch by Luis Barragán. The difference is that the reading by the photographer Patrick Demarchelier is much more articulated than the usual shots taken from Google. The pictures by Mel Bles for Fendi Man the following year amplified the classic image of David Hockney’s paintings, combining them with a genuine West Coast architecture. Anonymity, but with a mid-century touch. If anyone should ever doubt the power of attraction of the trio of aces represented by the pool, the full-height windows and the palm-lined horizon. Nothing in recent history, however, beats the special awareness of the legendary Dorothy Chandler Pavilion, the traditional venue for the Oscar ceremony, perceived in the advert for the perfume Kenzo World. Explored in all its jaded beauty by Spike Jonze’s lens, which follows Margaret Qualley’s convulsive dance through mirrors, staircases and foyers.

Conversely, having alternative points of view remains the prerogative of brands which have a close bond with architecture, such as Prada. This brand was the first to explore the brutalism of Eastern Europe. And it changes tone with the same speed in which its image of women transforms. From the Budapest-filmed utopian Paris by Wes Anderson for the perfume Candy to the boat for Muta.

The short #2 from the series Miu Miu Women’s Tales by Lucrecia Martel, in which a group of models transform into winged creatures, or at least this is what we imagine, but not before we have been allowed to fully explore the boat. A far cry from the no-logo sofa in the campaign for the perfume Obsession, perhaps the only exception case of an item of furniture becoming, together with Kate Moss, a symbol of the minimalist approach to the lifestyle and design of the Nineties. Nowadays, we are far removed from grunge.

Sign up for our newsletter and get domus in your inbox
In this gallery: Ignasi Monreal #GucciHallucination for Gucci
01 / 12
Share
Pin it

Narration is always a journey, this time through the layers of cinematographic and historical memory. First through the papier-mâché of 1950s science fiction, and now with #GucciHallucination, an illustrated fantasy by Ignasi Monreal which blends the latest summer collection with John Everett Millis’s Ofelia, the domes of Rome, Venetian gondolas and Hieronymous Bosch. Fairy-tale still life to be entered into as Mary Poppins did through her chalk drawings on the pavement, and as the illustrator in the campaign video does. A desire which is also felt when faced with an advertising photograph which possesses a certain solemnity of time and space provided by architecture, whether it be mysterious or famous.

Fully aware that when the wrong choice is made, as was the case with Zanetti Moda in 2014 with Peter Eisenman’s Memorial to the Murdered Jews of Europe in Berlin, the effect is abhorrent.

Fifty years on from 1968, a few days ago Gucci presented the pre-fall 2018 campaign, inspired by the May-time student protests in Paris of the time, focusing on the scuffles and the high-schools, with their vintage allure of gratings, Formica chairs and self-awareness sessions. It is the latest chapter in a communicative revolution which substitutes topicality with an undefined elsewhere.